The Value of a Veteran in Academia

The Value of a Veteran in Academia 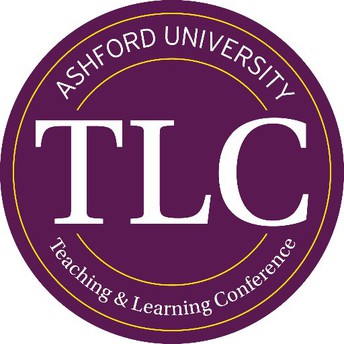 By utilizing her existing company, LIDA360, Citroën tailored her corporate platform in 2009 to meet the needs and challenges of both military veterans and their prospective employers. She shared significant insight with her audience, which included tips for engaging the veteran population and retaining their talent in the workplace.

“They [veterans] chose to serve our country. They were not forced to,” Citroën said. “They are the most confident, brave, and dignified men and women I’ve ever worked with in my entire life. They are people, just like us, and a lot of them still want to serve. That sense of service doesn’t leave when they take off the uniform.”

Furthermore, veterans are unique because “they were taught how to be trained,” Citroën said, “making them the most trainable people we’ll ever meet.” It’s this strength—coupled with a vast array of additional qualifications—that makes this population attractive to both higher education institutions and employers. The struggle, according to Citroën, is the inaccurate assumption that the transition from military service to civilian life is easy. Because veterans are not properly trained upon exiting military service, the transition is trying.

Her presentation, “Amplifying the Value of Veterans,” featured what the identity specialist calls the 10 Realities of Today’s Veteran. Highlighted on her list was the challenge that employers face of locating veteran talent.

“Where are they all?” employers ask. Citroën acknowledges the question, understanding that employers are not privy to information pertaining to veterans’ whereabouts. “It just doesn’t exist,” she said. “There’s no central database, no club, no easy place where they all are. They are men and women all around us. So, when it comes to looking to recruit into an institution or employer, that’s a big frustration.”

Citroën reminded her audience that no two veterans are the same. Rather, each is an individual—“a man or a woman with a heartbeat and dreams, goals and passion” she said—bringing a unique background and skillset to the civilian market. She shared that the veteran community is often generalized, and her work sets out to overcome those myths and perceptions.

To do so, Citroën brings awareness to the reality that the transition from military service to civilian life is difficult by providing resources and tailored training sessions for employers. 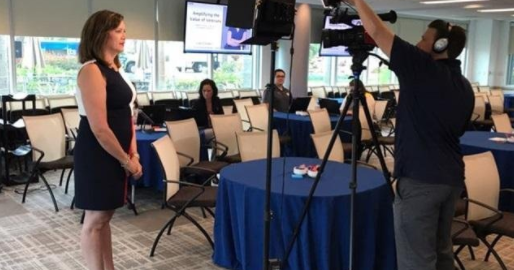 The training veterans receive upon exiting service is “inadequate,” Citroën said. As a teacher in the Transition Assistance Program (TAP) at the Air Force Academy, Citroën confirms that service members are given one week to 10 days to learn how to be a civilian again, “and the job search is just one piece of that transition.” She reminds employers to remove their assumption that prior service members are entering the civilian workforce already reintegrated, polished, and ready to go. In fact, she said, “They’re rough around the edges, and they don’t know what they don’t know.”

Additional realities shared during the presentation included the inaccurate preconception that Post-Traumatic Stress Disorder (PTSD) is a military-only condition, the misunderstanding that guard and reserve members are not a part of the military community, and the communication disconnect between service members and employers.

“It’s frustrating for [civilians], because we think we’re making perfect sense,” Citroën said. “But it’s frustrating for [veterans] too. We don’t speak the same language, and we’re both human beings. And when it comes to the hiring process…it’s a really big problem, and employers are struggling with it too.”

Employers, Citroën says, are confident in knowing that an individual transitioning out of the military into a civilian position has leadership skills, accountability, and responsibility—skills that perhaps someone coming out of college may not have—however, how those skills translate is a different challenge.

“All of a sudden, everyone talks different, the rules are different, and the uniform is different,” Citroën said. She reminded the audience, “If you, as an employer, aren’t selling values, you’ve missed the biggest part of the opportunity,” because the veteran experience is driven by values.

Another difference Citroën noted is the change in dialogue and language. Veterans, she says, speak in the collective “we” more so than civilians, and the transition to “I” is somewhat abnormal. 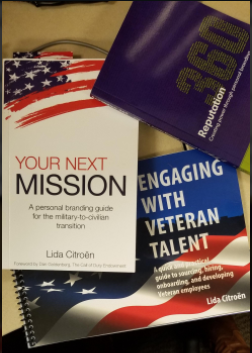 “It’s very hard for [veterans] to say I,” Citroën said. “I have to help them understand that personal branding doesn’t mean you’re bragging, it doesn’t mean you’re arrogant. It means that you understand what your value is and you can articulate it in the first person. Because that’s what the employers are looking for.”

Citroën recommends that employers be mindful of additional topics that may be unfamiliar to veterans, including the concept of networking, writing a job-specific resume, and talking about transferrable skills.

In regard to networking, Citroën shared that most veterans “cringe” at the idea. While in service, the concept can be viewed in a negative light, and service members often associate networking to be more “brownnosing” than an accepted means of professional communication. Citroën spends significant time educating veterans on the power of networking in order to remove any previous connotations.

“Fear is a big part of their reality, and they need help telling their story,” Citroën said. “There is such a vulnerability, and it’s unfamiliar.”

Citroën shared specific information pertaining to the population of student veterans, noting that there have been over 1 million of them in the last 10 years. While the number is powerful, employers, Citroën says, are not necessarily prepared and need help combating the decrease in corporate retention.

“Companies found out how to find veterans and bring them on, but they’re going out the back door very quickly. And that doesn’t bode well for the education you’ve given them, nor does it do well for the company,” Citroën said.

According to Citroën, there are common roadblocks that stand in the way of employers retaining veteran talent. A few shared included the misperception that all veterans give orders, have PTSD, and are stubborn in the sense that they are passionate about what is right versus wrong.

“They are values driven” Citroën said. “They’ve put their lives on the line and sacrificed family because of those values. So, yeah, they get a little picky about what is right and wrong, but they’re also flexible. They can be taught how to adapt and overcome, and they are the most trainable workforce that we have,” she said. 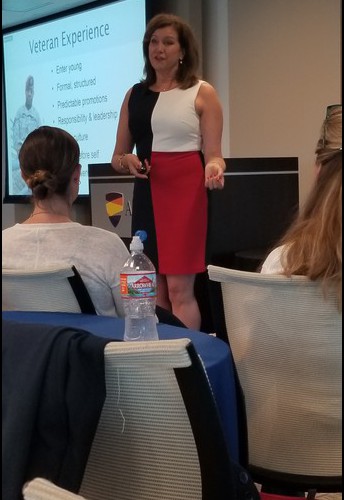 As such, Citroën believes it’s important for employers to teach veterans about the company culture and define what it means to be a part of the team. Through coaching and teaching, employers can provide their veteran hires with the opportunity to bring out the best in themselves. Citroën says it is the lack of understanding, between both parties, that keeps them at odds, and the barriers can be broken down through dialogue and a willingness to make a difference.

“We find ways to work together, because they are men and women just like us,” Citroën said.

While there are a few exceptions to the skills gap problem, some military jobs don’t translate easily into the civilian culture. Rather than avoid addressing this topic, Citroën advises academia professionals simply to ask veterans enrolling in higher education programs, “What do you want to do? Just because you’ve done something doesn’t mean you want to do it going forward.”

She encourages both academic and corporate professionals to have that conversation and help veterans understand how to bridge the gap.

Citroën shared that an estimated 3.5 million veterans will transition into the marketplace by 2023.

“That’s a lot of people coming out of the military with these amazing skills and qualities that are going to be in the workforce,” making excellent academic and job candidates, Citroën said.

Characteristics comprising veteran candidates include their resiliency, determination, and discretion. Citroën also sighted their work ethic and problem-solving orientation, stating that “sometimes this can cause a little bit of a rub with some companies,” because veterans can “show-up” their civilian colleagues.

Citroën reminded her audience that veterans are global individuals who understand cultural nuance and the sensitivity around different cultural issues, and “that brings a different value proposition to the table,” she said.

According to Citroën, the most common job fields that employ veterans are IT, finance, and healthcare. She noted the underlying transferrable skills of discreteness and their applicability to these fields. While statistics show that some jobs are more popular to veterans than others, “there’s no job that a veteran can’t do, because they’re people, too. Just because somebody was trained a certain way doesn’t mean they can’t be retrained,” she said.

Citroën shared that when veterans leave their civilian jobs, it’s likely due to cultural misalignment. She sometimes attributes this blame to employers and their overselling of jobs and failure to recognize their veteran audience. Veterans, Citroën says, want to know the real situation, not a misrepresentation. Because they are values driven, they will be disappointed if they experience misalignment. 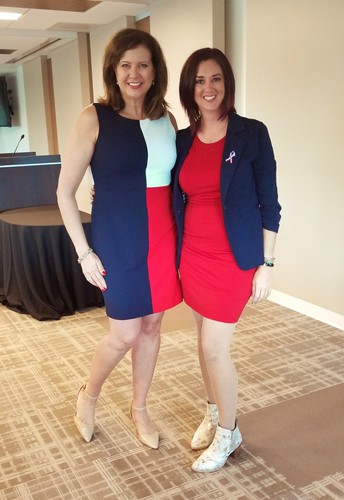 Citroën challenges both employers and academic professionals to create separate tracks for veterans, stating that they need to be onboarded and integrated differently, “not because they’re different but because their background is different,” she said. Her advice to employers, in plainest form, is to ask better questions. If employers check in with their veteran hires and establish expectations for routine conversation, then the onboarding experience will be more successful.

To engage with veteran students or hires, Citroën recommends that employers sell their experience. Share the institution or company values and talk about what it means to be a team member. “[Veterans] want to be a part of something bigger,” Citroën says, and employers should talk about their community.

In addition, she encourages employers to establish peer mentoring programs to create an environment where insecurities can be vocalized and addressed. She also recommends that employers connect veterans with fellow veterans within the organization, if possible, and highlight their commitment to military.

“It’s much more than wearing a ribbon or dressing in red, white and blue, it’s a real deep and wide commitment,” Citroën said. “Highlight that and show the proof of concept. That’s what matters to them.”

As a final tip for engagement, Citroën tasked her audience to find their connection. “Even though there’s 99% of us who haven’t served, I think we can still find some connection and bring that forward,” she said.

By serving the military community through her business, Citroën’s learned that the role of mentor is a reciprocal relationship, noting that her clients have mentored her “without even realizing it.” She’s found her way to pay it forward and say “thank you” to a noble population some may never get an opportunity to meet.

“It’s an empowering process,” she said. “This is not just a job for me, it’s a passion,” Citroën said. “I think when you work closely with this community—for most of us—it’s a passion. Because there are a lot of ways we can make a living. You don’t get rich doing this, but you sure do fill your heart up.” 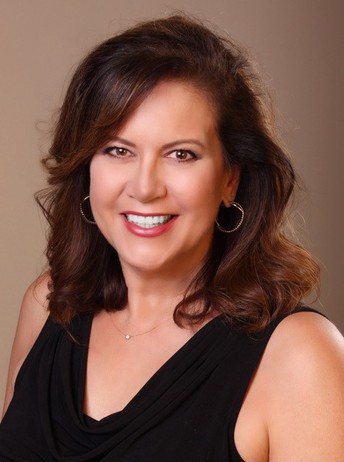 Citroën is a Denver, CO native and an author of Your Next Mission and Engaging with Veteran Talent. Prior to launching LIDA360, she accumulated 20+ years of corporate experience working at leading cosmetic line Max Factor/Revlon, global law firm Dunn & Crutcher LLP, and RNL Design, among other reputable organizations. Citroën currently serves on the Board of Directors for the National Association-Serving Organizations (NAVSO) and volunteers with Employer Support of the Guard and Reserve (ESGR). She contributes to multiple military news outlets and has been featured in MSNBC, US News & World Report, and Fortune Magazine, to name a few.

For more information on Citroën and her business, visit www.lida360.com. Citroën welcomes connections and conversation, and says her social networking doors are always open.