In Warsaw, Poland in the 1940's Jacob was a young Jewish boy trapped in a ghetto until Alex and Mela Roslan decide to take care of him rather than his aunt and grandmother who were in charge of him inside the ghetto. Barely having enough food in the ghetto it would have been best for Jacob to leave soon anyway.

Jacob-a Jewish eight year old also known as Genyek, lived with his aunt and grandmother in a ghetto until Alex and Mela Roslan offered to protect him from the Germans.

Alex- Alex is the father of the Roslan family who makes Jacob refer to him as 'Uncle Alex' he is the main help in hiding Jacob.

Mela- Alex's wife who is not necessarily on board with putting her families lives in jeopardy in order to save the life of one Jew. 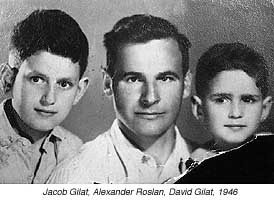 In the early 1940's, Jacob is in a ghetto in Warsaw with his aunt and grandmother until they decide it is not safe for him to be there anymore. That being said Jacob goes with Alex who is know to be his 'uncle' takes him to live with his family in their apartment. Many who tried to sneak out of the ghetto were shot on site, luckily Jacob escaped while the guards were on a coffee break. 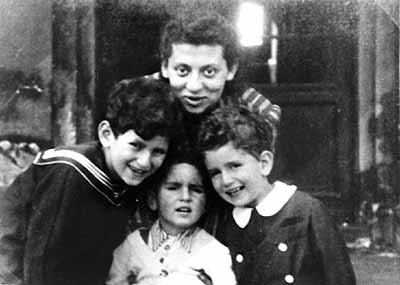 -When people came to their house Jacob went under the sink to a hole that Alex cut out of the floor. Sometimes Jacob stayed under their for hours, such as when the Roslans had to babysit for a neighbor and the young neighbor spotted Jacob under the sink.

-When Jacob had scarlet's fever he needed surgery or he was going to die, the only way to pay for the surgery was to sell their apartment. Jacob hid inside the couch all the way to the hospital. The couch made Jacob feel like a mouse.

-The Roslans bought a new apartment after they sold their first one to pay for his surgery, they had to abandon their second apartment after yurek(their son) was shot in the street by Nazis after word of the war being over. They fled to the outskirts of Polish town. There, the Russian soldiers go to the survivors doors and tell them the war is officially over.

"I hate being Jewish."

This quote is very moving to me after learning about everything that went on it seems to be simpler if they had a cross around their neck instead of the star of David.People should be proud of what they are. It is also depressing how people of the Jewish faith have to. This also means that Jacob always has to be in constant fear as a child and no child should be constantly running away from anyone.

I thought this was a very emotional book. I really enjoyed every page of it. The book kept me on the edge of my seat and made me want to keep reading and never put the book down. I give it a 10 out of 10