Mark your calendars for the next TUSD High School and Middle School robotics tournament. We have more schools ready to debut their robots including Columbus Tustin Middle School, Tustin High School, and Pioneer Middle School!

We are in need of many volunteers for this event. Please email Cari Williams at cwilliams@tustin.k12.ca.us if you are someone you know is interested in supporting the Dec. 2 tournament.

Or click on this link to complete the volunteer interest survey.

Hope to see you on December 2nd!

Three of Beckman's robotics teams (N, R, and V) competed in Northern San Diego on October 28th, 2017. All three teams made it to the semifinals with teams N and R moving on to battle it out in the finals. Team N came out on top, taking home the tournament champion trophy and securing a spot in the California State Championship Tournament. Team V was awarded the Amaze Award and took home the tournament skill champion title with a combined programming and driving score of 132. 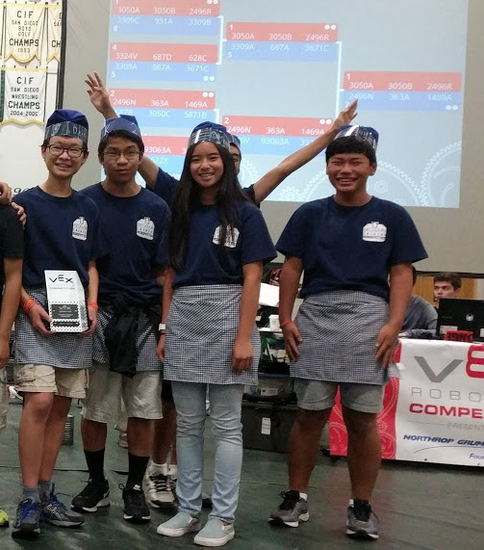 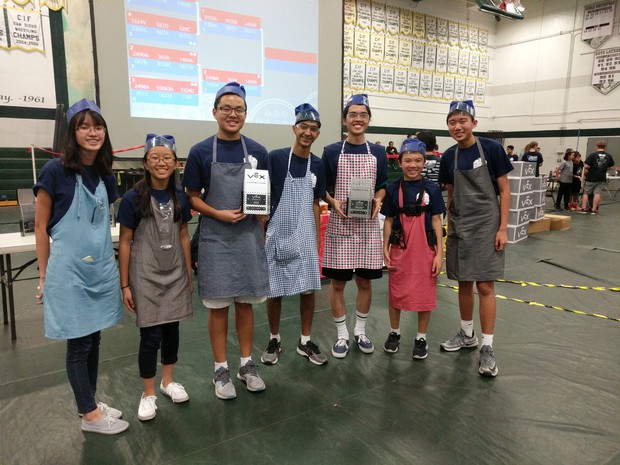 After attending the South Bay Tournament in Torrance on November 4, 2017, Foothill High School Team B jumps into the 1st place position in the world with a high score of 178 in VEX programming skills. Individual teams participate in this portion of the VEX competition by trying to score as many points as possible in one minute of autonomous programming and one minute of driving scores. The top 50 teams from around the world automatically receive an invitation to the World Championship tournament in April. Beckman Team B is currently in 13th place with their score of 132 from the October Poway tournament. Each tournament, teams try to beat their high score and TUSD teams are clearly participating at a world-class level. This season is proving to be even more remarkable than the last! 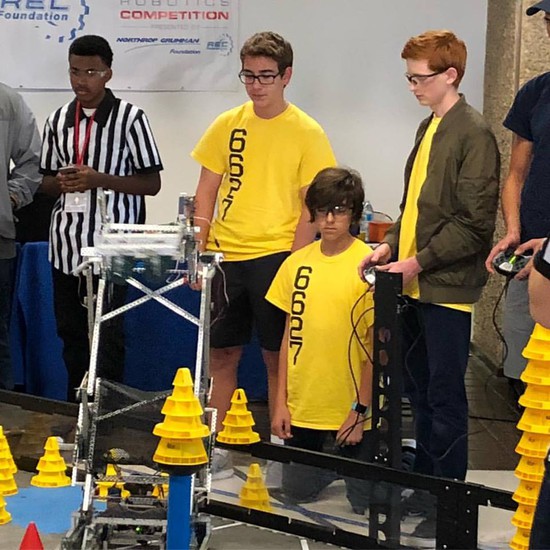 Two of Orchard Hill's teams (A & B) competed in Chula Vista on November 11, 2017. Team B scored a total of 81 points in the tournament skills competition, inching closer every tournament to the top 50 in the world. Team B was on top at the end of the qualifying rounds and chose Team A to join them in the final alliance matches. Together with one more outside team, Teams A and B successfully took the tournament champion title and have now received their invitations to the California State Championship. The judges were so impressed with their robots, they were also given both the Design and Amaze Awards. Great job Robohawks! 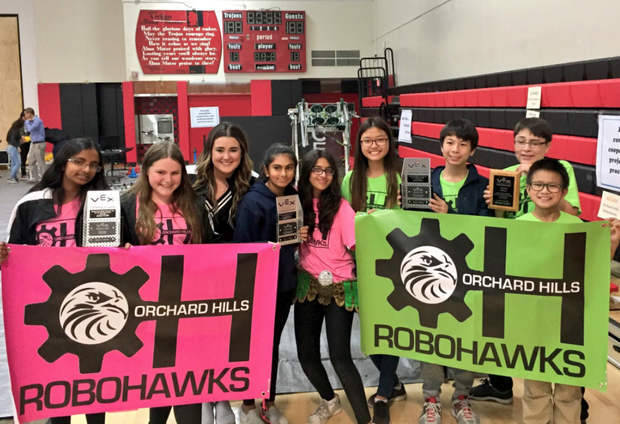 Click on the link below and provide your email to receive updates like this one about TUSD Robotics. A personal email address works best as school and business emails may filter from services such as MailChimp.
Click Here to Join the TUSD Robotics Mailing List