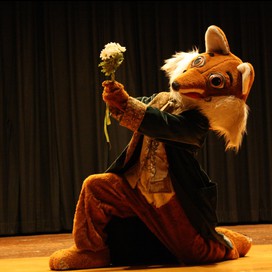 Welcome back NHS Drama Club! We certainly hit the ground running this year. It's only the third week of October and we've already produced a full length play, participated in Young Americans, had two meetings, and are gearing up for a field trip next week. This is going to be a fantastic year. Please make sure you are connected to the Drama Club via REMIND: https://www.remind.com/join/nhsdram

A Drama Club Meeting was held on Monday October 2. Congratulations to our new 2017-2018 officers:

Our latest club meeting minutes can always be found on our website: https://www.newarkcsd.org/Page/5425

Our fall production of Charlotte's Web was presented at NHS October 6 and 7, 2017. The play was produced in just four short weeks. Seventeen students were involved in the cast and crew. We increased our audience numbers this year by nearly 40%! Our students also took an active role in the production elements. Cast/Crew t-shirts were designed by Ben Cepulo. Our poster was designed by Olivia Bailey. Olivia also lent her artistic talents to the backdrop. Ryan Hermenet completed the program. Anisha Stallworth took cast and crew headshots. Sets were build by our parent volunteers along with help from Olivia, Carson Jordan, Jack Comella, Isabella Bailey, Ashton Keene, Madison Chandler, Cherylanne Garrett, and Ben Cepulo. Set painting was completed by Mrs. Bailey, Liberty Faliveno, Olivia and Isabella. Props were designed and organized by Megan Cauwels, Kelsie Bushart, Ashton, Olivia, Isabella, Ryan, Madison, and McKinley Miller. 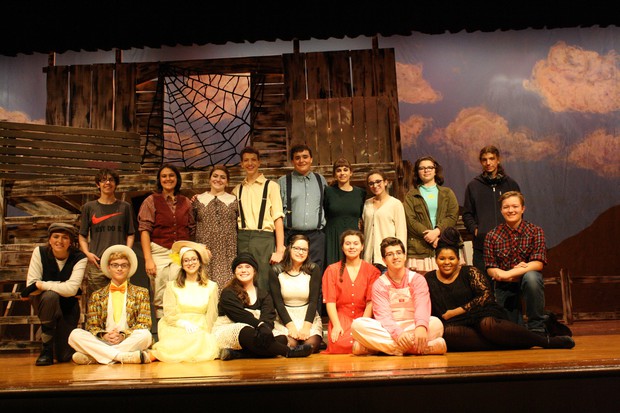 We held a special Sensory Friendly Performance of Charlotte's Web on Saturday October 7 at 2:00pm at NHS. This was the first Sensory Friendly experience for our Drama Club. The Drama Club voted to make this a free event. We worked with a team of parent and student volunteers to make this event happen. Adjustments were made to the space (we kept lobby doors open, provided a sensory table with activities and a bean bag sitting area in the lobby, alternative seating was provided in the auditorium, audience members invited to sit and move about in the pit area) the performance (house lights were left on at 40%, startling sound cues were removed, microphone levels were lowered) and the overall atmosphere (fidgets were provided at the door, we introduced animal characters and their music/noises in a curtain speech before performance, we had a meet and greet after the performance, allergy free snacks were offered at the concession stand, walking/sitting areas were clearly labeled throughout the space, additional volunteers were available throughout the auditorium and lobby area).

Megan Cauwels created a Social Story that rivals any we found from professional theatres! Megan and Madison Chandler also created a Story Summary.

Over 90 audience members were in attendance.

Some feedback we received included:

"Newark HS did an amazing job with their production of Charlotte's Web and their very first sensory friendly event this afternoon. I was surprised to find that my daughter actually spent a majority of the time watching what was happening on stage! She got so excited during the scenes where everyone was running around. It was a relief to me, to be able to enjoy a production in a stress free environment and not have to be preoccupied with making others around me uncomfortable (which usually means removing her, and none of us are happy). And, I met another mom of a daughter with special needs who I never would have met otherwise who is a very nice person. I really hope the Newark school district and the NEC plan future events like this moving forward throughout the year."

Please see the Thank You note on the Drama Club bulletin board from another happy family that attended!

Over 260 students from around Wayne County (150 students just from Newark!) participated in the Young Americans Tour Workshop this past week. It was wonderful to see our auditorium packed (not an empty seat in the house!) and to witness current and future Drama Club members giving 100% on stage! Check out this article for more information.

Interested students and a parent - please attend a meeting on Thursday October 19 at 7:00pm (auditorium). If the student cannot attend that is okay (is it vocal jazz night?), however, a parent or guardian should plan to attend.

This will be the first time Newark has attended this event. The conference is a three day event in Callicoon, NY at the Villa Roma Resort that features multiple workshops, opportunities for student showcase, a college fair, college auditions, and an opportunity to spend time with theatre students from across New York State. The conference is open to students in grades 10, 11, and 12. Newark can send up to 10 students.

Read all about the conference by visiting the NYSTEA website or reading the 2018 Conference Brochure.

The cost per student is $280, plus the cost of transportation (I'm working on this!). We can do some fundraising to help offset the cost. I need your ideas!

Spring Musical - NICE WORK IF YOU CAN GET IT

Mark your calendars now for March 2, 3, 4 and our spring musical production of Nice Work If You Can Get It.

Nice Work If You Can Get It is a new musical with an old twist! The show premiered on Broadway in 2012 and features music by George and Ira Gershwin. Set in the 1920's, it's a screwball comedy as actors sing and tap dance their way through a story of romance, rum running, and snappy dialogue. Songs include "Someone to Watch Over Me", "Fascinating Rhythm", "But Not For Me" and "S Wonderful". More information will be available on our website: https://www.newarkcsd.org/Page/7256 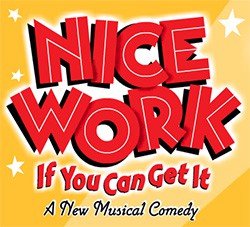 Want to earn some CAPSTONE HOURS? Tuesday November 7 is the first band and choir concert of the year. Please contact Emily if you would like to re-focus our lights in the catwalk, program the lighting board for the concert, or run the lighting cues at the concert. We will meet to focus lights the week before the concert (we'll pick a date and time that works for the volunteers).

Spotlight on our Alum!

Last year we started a tradition of our previous year seniors writing to our current cast and crew. Their letters are read out loud before each performance. Here are some of the lovely words of wisdom and kind thoughts from our Class of 2017! Theatre really is a special experience! ❤️

“I can assure you that the hard work is worth it, because after your last time you will look back with nothing but smiles and good memories made with your second family, your stage family.”

“The love that poured out of every performance is what made me fall in love with Drama Club, yes it’s great to get on stage and entertain the masses, but it’s another thing to feel an immense amount of pride when you see your friends sticking that one liner or getting that huge laugh from the crowd.”

“When I joined the drama club I didn’t realize how important the people I would be on stage with would become, friendships that will last a lifetime were created on the stage where you will be performing tonight.”

“To the freshman, this stage is one of the most comforting and safe places that I have found in my four years of high school, I hope you will grow to love it as I have! The friends you make in the drama club are definitely ones for life.”

“I know that each and every one of you have been through a tremendous amount of effort that not only involved late nights of rehearsals and line memorization, but a spiritual commitment to bringing some ink on a paper to life. This is an ability and talent not many others possess, and something you should all take pride in.”

“Do well, be your characters, and stay in your moments. What you're doing will influence your futures and give you all memorable experiences you will live with forever.”

The Little Mermaid at the Auditorium Theatre

33 Drama Club members will be attending Disney's The Little Mermaid on Tuesday October 24! Bus leaves NHS bus loop at 6:00pm, show at 7:30, return around 11:00pm. We can't wait to go "under the sea" and be "part of their world"!
Get Directions

Do you have any tap shoes lying around unused in your closet? We intend to get the entire cast of NICE WORK IF YOU CAN GET IT tip tapping away in our big Act One finale (Fascinating Rhythm). If you have tap shoes that Drama Club can borrow (or keep!) please contact Emily! emilyRhoward@gmail.com 315-857-3265 THANK YOU! 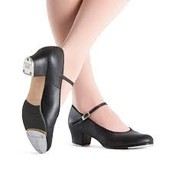 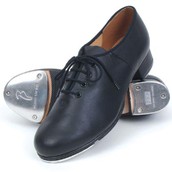 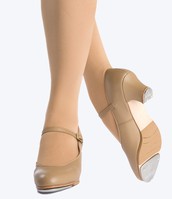 This is my first attempt at a seasonal NHS Drama Club newsletter. I hope this is a way to keep our current students/parents informed, our alum and alum parents engaged, and a way to place a spotlight on our group. My plan is to publish another one just before our spring musical and then perhaps one more at the end of the year. If you have something to share (current students or alum) please contact me!

If you do not want to receive this newsletter please let me know and I will remove you from the distribution list. You can also click the UNSUBSCRIBE button at the end of this email.