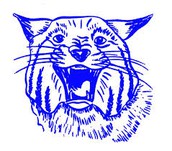 Happy Bearcat Friday! I hope the week treated you well. I've really enjoyed seeing everyone get down to business in their classrooms this week.

One week from today is the District Tailgate. We will be handing out popsicles that evening. I am still looking for a popup tent and a few people who are willing to decorate. Please let me know if you would be willing to do this and/or be there to help with the popsicles.

www.smartbrief.com
One of the most challenging aspects of being a teacher is being able to manage both the academic and social-emotional needs all of the students in the classroom. Students’ behavior has the potential to interfere with nearly every aspect of the classroom, making it quite difficult to teach when behaviors aren’t regulated.  It’s simply not enough to teach academics; we need to

In this Edutopia article, Andrew Miller affirms the power of giving students feedback (John Hattie’s meta-analysis found a very impressive effect size of 0.7), but acknowledges the workload involved in grading papers, writing comments, and conferring with students. Miller suggests these ways for teachers to use their time well giving feedback:

• Individual feedback isn’t always necessary. “Sometimes written feedback is not the best or most effective strategy for improving student learning,” he says. For example, a teacher might notice a recurring error in students’ responses and address that with the whole class. “This is instructional feedback,” says Miller, “using student assessments as a tool to reflect on our teaching and reteaching the content in a new way.”

• Get students doing the work. An example of not following this suggestion is laboriously correcting every usage error in students’ essays. The alternative: saying “I’m noticing many capital letter and punctuation mistakes” and then handing papers back for students to identify and fix the errors.

• On summative assessments, give detailed feedback only to students who will redo the assignment. Miller’s rationale: “The key question when giving feedback is: Will it be actionable and useful?” If students won’t have a chance to put feedback to use on a revision or re-take, it’s not a good use of a teacher’s precious time.

• Give feedback when requested. One teacher Miller worked with offered brief feedback conferences to students when then asked for them. She was concerned that students who most needed help wouldn’t ask, and this was true, but as word got around that everyone could get just-in-time help, all students took advantage of it.

• Focus on self-assessment and peer feedback. Provided with assessment criteria, students can fine-tune their own work, saving lots of teacher time. Students can also be the best explainers, and a collaborative classroom culture is highly desirable. But Miller cautions that clear protocols and modeling are necessary for this to work well.

• Don’t wait for the final product. “Instead of spending hours in epic sessions of writing feedback on a full draft,” says Miller, “provide it in smaller ways that are spread out over time. This is not only more efficient but better for students, who get more digestible feedback that is actionable and timely.”

“6 Tips for Managing the Feedback Workload” by Andrew Miller in Edutopia, July 3, 2019,

What to do when the Audience Doesn't Respond

In this Cult of Pedagogy article, Jennifer Gonzalez analyzes the awkward moment when a teacher or speaker asks a question and gets crickets. “If you feel like you’re doing all the talking up there,” she says, “and you want to get more from the people listening to you, you might just need to make a few small changes to your delivery to turn a one-way lecture to a much better conversation.” First of all, some possible reasons for an unresponsive audience:

• Your question is heard as rhetorical. Asking, “How’s everybody doing?” is clearly not intended for every person, so only the most extraverted will respond – if anybody.

• They think everyone else gets it. “If you say to a group, ‘Does that make sense?’ most people are going to act like it does,” says Gonzalez, “even if it doesn’t, because they assume everyone else in the room totally gets it and they don’t want to look like the lone dummy.”

• You’re asking for too much. Better to ask people for a song they really like than their absolute favorite song.

• People are intimidated by someone in the room. “When we’re in the presence of someone who intimidates us, it gets a lot harder to speak up publicly, especially if there’s a chance that what we say might be wrong or different from the norm in any way,” says Gonzalez. “This is about a thousand times more true if you’re around 13 years old and your whole goal in life is to fit in.” A super-popular student, or an overbearing teacher, can cause this dynamic.

• They don’t know what the heck you’re talking about. Usually confusion will be evident on people’s faces, and that’s a cue to slow down and reexplain.

Gonzalez goes on to suggest some ways to increase participation by student and adult audiences:

• Explain what kind of response you want. For example, “In a minute, I’m going to ask a question. What I want you to do first is think quietly about your answer. Then I’m going to ask for three volunteers to share their answer with the group.”

• Ask for a show of hands. This works when asking about something that at least some people can say “yes” to – for example, “How many people watched a sporting event this weekend?” Then you can ask one hand-raiser for specifics, says Gonzalez, “and you’re off and running.”

• Ask one person a direct question. Questions asked of the group are likely to be met with silence, but a good question to an individual can get the ball rolling: “Hey Sadie, tell me something about that movie we watched yesterday that made an impression on you.”

• Have everyone write a response first. When one or two people quickly respond to a teacher’s question, the rest of the group is robbed of the opportunity to articulate an answer. “If this happens over and over again in the same group,” says Gonzalez, “many participants won’t even think about their own response, because they’ll know one of the more talkative people is going to answer anyway.” An effective way to forestall this dynamic is to ask everyone to jot down a response and then call on a couple of people to share theirs. Even if only a few people talk, everyone is thinking about the question, you’re getting participation beyond the usual suspects, and shy people are more likely to speak up.

• Do a think-pair-share. Everyone turns to a partner and shares their answer. “This can be useful for meaty, content-heavy questions,” says Gonzalez, “where participants are processing something they’ve learned, or just your basic conversational ones” – for example, how’s everyone doing?

• Do a better check for understanding. Asking “Is that clear?” or “Does everyone understand?” is not an effective way to find out if a class or an audience is with you. Better to use some kind of response device or ask, “What questions do you have?”

“When You Get Nothing But Crickets” by Jennifer Gonzalez in The Cult of Pedagogy, August 18, 2019, https://www.cultofpedagogy.com/crickets/

August 30- Last Day to submit for the parent newsletter