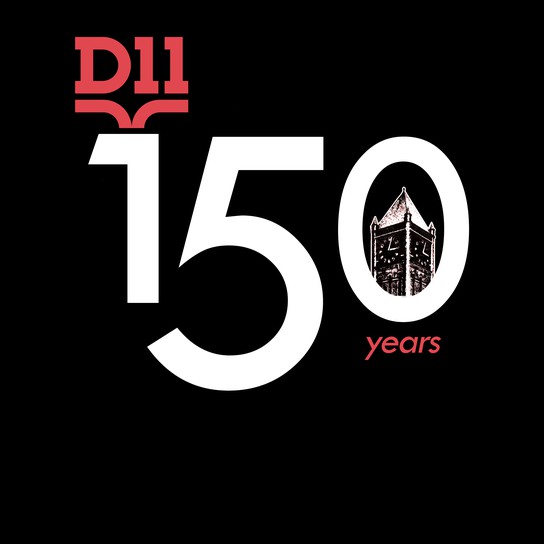 Devra is using Smore newsletters to spread the word online.

Get email updates from Devra: 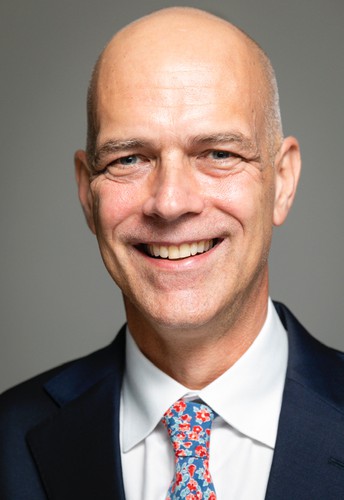 The Heartbeat of Excellence

If you've met me already, you'll know I'm proud and honored to serve as the Colorado Springs Schools Superintendent. We are making a difference in the heart of the city, and it means so much to me, our staff, and our students to have you support D11 on this incredible journey.

One simple yet significant way you can continue to help D11 win is to understand the importance of the statewide count day on October 3, 2022. You may have heard that term before, but you may not know what it means exactly and why it is essential for students to attend school that day.

Our schools' staffing and programming depend on each student being in school on October 3. Count Day is precisely what it sounds like. It totals the student population at each school. The more students in attendance on October 3, 2022, the more teachers, support staff, and programs we can maintain and build in our schools. Your child’s attendance in school is essential every day, especially on count day.

Additionally, it has been shown that missing ten percent or more of school days due to absences of any kind can result in students having difficulty learning to read by the third grade, achieving in middle school, and graduating from high school. Your child's school has a wealth of resources available to you to help get your child to school, despite the challenges you may face.

Your child can help us continue building on our great school community by simply attending school. Aside from keeping your child home due to illness, we ask that you avoid making any appointments for your child on October 3 and make a plan to have your child in school.

Back to School Happenings 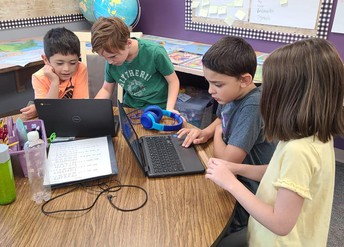 Trailblazer 2nd and 3rd graders are beginning the research process for a successful genius hour project later this year. 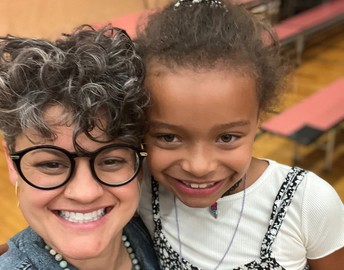 Principal Berry and a student smile for the camera at the Martinez Elementary Spaghetti and Bingo night. 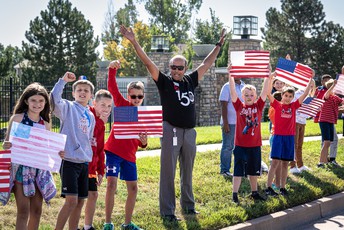 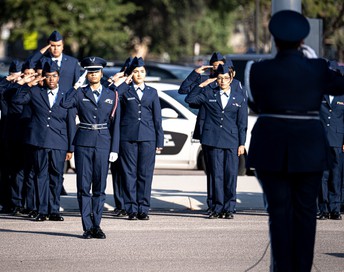 Mitchell JROTC Cadets stand at attention during the annual 9/11 ceremony honoring Ms. Kathryn Yancey LaBorie, a 1975 graduate of Mitchell High School, who was a flight attendant aboard United Airlines Flight 175. 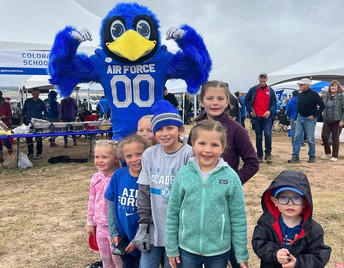 The rain didn’t stop us from having fun at the first annual D11 Tailgate and Staff Game Day! Food, fun, and football brought everyone together for the Air Force Falcons v. CU Buffs game. 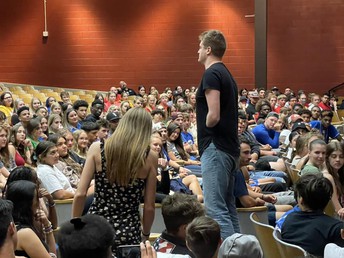 Guest speaker Kevin Atlas shares his story with the student-athlete leaders of CSSD11! Empathy! Compassion! #believeinyou YES YOU CAN! 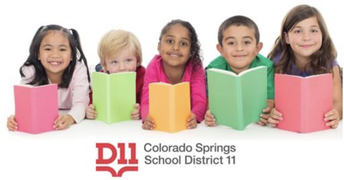 D11 invites your child to join our Big Kid Book Club for children ages 2-5, not already enrolled in kindergarten in El Paso County.

As part of this great opportunity, we will periodically, throughout the school year, send your child a free book in the mail along with helpful school preparedness tips and advice from our early education experts designed especially for parents of 2-5-year-olds.

Additionally, your family will have opportunities throughout the year to win prizes!

Thanks to our sponsors for allowing us to provide such experiences to families: 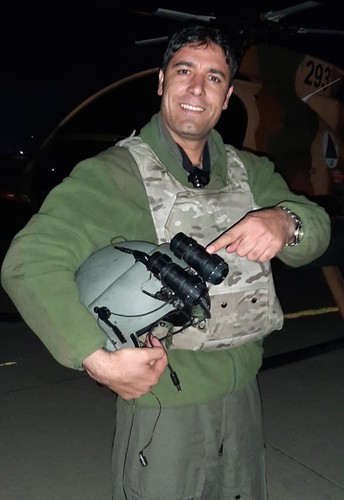 Walking into the Roy J. Wasson Academic Campus, you may have the pleasure of being greeted by Omar Gul Stanekzai. Although relatively new to the D11 family, Omar flashes a bright smile and welcomes you with a warm greeting. He will tell you it is an honor to serve as a D11 security guard, helping protect students and adults in his school. But it really is our honor to have someone like Omar in our school because, you see, Omar’s journey to this point has been quite phenomenal.

Born in Kabul, Afghanistan, Omar graduated from high school in 2008 and joined the Afghan Air Force, receiving helicopter engineering and mechanical training from Mongolian instructors. Out of 46 students, he received top honors and wowed his trainers. Working his way up through the ranks, Omar soon became a supervisor of other helicopter mechanics, continuing to gain recognition for his outstanding work. One day, his dream of becoming a pilot was about to come true. The Afghan Air Force Commander saw Omar’s dedication and sent him to officer training, where he graduated as 2nd Lieutenant.

Omar qualified and received a pilot scholarship, which provided him the opportunity to come to the United States and attend the Defense Language Institute in San Antonio, Texas, and the United States Army Aviation Training Center at Fort Rucker Army Post in Alabama. He received training on three different types of helicopters and put that training to use when he returned home to Afghanistan. From there, he went on to fly many combat missions, saving lives and serving his country. Working “shoulder by shoulder” with American NATO soldiers, Omar says they fought against terrorism for an opportunity for democracy and peace in Afghanistan.

On August 14, 2021, when the United States military forces and diplomats pulled out of Afghanistan upon the President’s orders, the Taliban entered the Afghan capital of Kabul. Omar shared that this day was the darkest day of his life. He lost everything he worked so hard to achieve with his military career. He contacted his American friends and instructors and asked for help. Within days, he arrived in the United States and began the emigration process with his family at Virginia’s Quantico Marine Camp. There, he became the head representative for 6,500 Afghan refugees, receiving an award from a two-star general and a marine camp commander for his leadership.

Omar, his wife, and his daughter fled Afghanistan and made Colorado Springs their new home on December 8, 2021. He still reflects on his military career with many memories, some great and some not so great. Omar says living in the United States allows his daughter to go to great schools and colleges. He says it will provide his wife the opportunity to receive career training. He is happy to see his family thrive here because, after all, “USA is the land of opportunity.”

Thank you, Omar, for sharing your story, and we look forward to seeing the future chapters now that you are part of the D11 family! 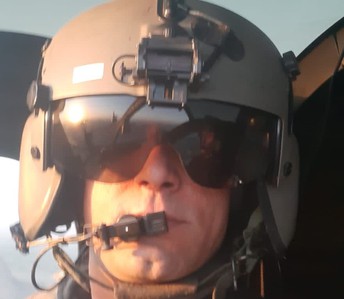 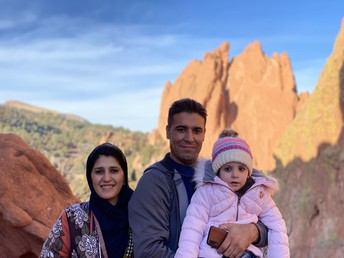 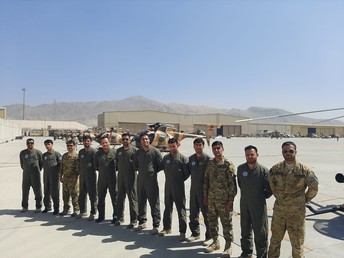 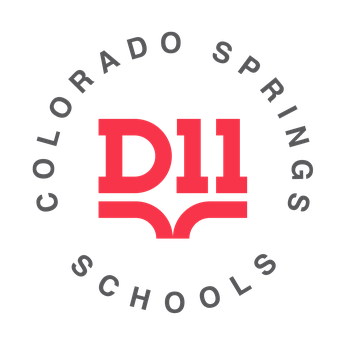 Stay Connected With Us

Devra is using Smore newsletters to spread the word online.