Home of the Hawks

Home of the Hawks 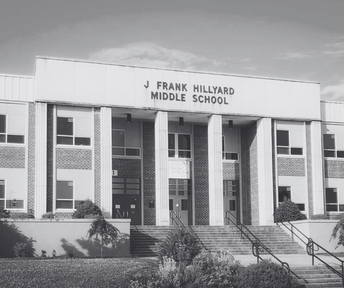 "All Our Best…All The Time"

At J. Frank Hillyard Middle School, our mission is to work together with students, families, faculty and staff to create and maintain a learning environment that expects academic excellence while nurturing respect, communication and the best effort from all.

James Frank Hillyard was principal of Broadway High School from 1939 to 1969, with the last seventeen years being served in the building that now bears his name. His leadership role was not solely confined to school or the classroom. He served as scoutmaster for the Broadway Boy Scout Troop for twelve years. He was president of the Broadway Volunteer Fire Company for thirteen years, as well as treasurer of the organization. He was also a member of the Plains District Memorial Park Board for twelve years.

Mr. Hillyard died on April 8, 1977. As well-known Daily News Record sports editor Vincent Reilly once observed, J. Frank Hillyard was an "educator, farmer, churchman, and civic leader," adding that "not all the winners are on the playing field. Sometimes they are found in locations removed from the roar of the crowd-like in the principal's office at Broadway High School."

J. Frank Hillyard served his school and community well. He expressed his ideals in an address to the students at Broadway High School in 1965:

"One's educational progress cannot be judged by testing his intellectual development alone. If we want to know whether one is truly educated, we should inquire first about his character and second about his manners. Evidence of intellectual performance should come third. Too little stress has been placed upon desirability of sound character and pleasing manners. Industry and intellect are important enough but it is not enough that an engine be powerful and well fueled. If it is driven the wrong way it may become an instruction of destruction."

In the spring of 1997, a Building Transition Committee completed the initial organization of preparing for the building move. This included the assignment of grade levels to sections of J. Frank Hillyard, and the determination of job tasks for Transition Sub-Committees. In the fall of 1997, a School Identity Committee of teachers, students, and parents chose Hawks as the new mascot name, and green and white as the school colors. The mascot and colors were chosen from suggestions formally provided by the Parent Advisory Team, Planning Council, and the Student Advisory Council. The School Identity Committee also named the school entrance Hawks Hill Drive and gave the name Hawks Hill to the hill upon which the school sits.

Plans for the inventory, packing, and moving of materials were finalized in the winter of 1998. On May 20, 1998, the Reading on Parade occurred, where the John C. Myers students and teachers moved all library books from the shelves of John C. Myers to the library shelves of J. Frank Hillyard. On June 5th and 6th, 1998, the teachers and staff completed the move of materials, supplies, and furniture to J. Frank Hillyard Middle School.

Block scheduling was introduced in the initial year of J. Frank Hillyard Middle School. This was in conjunction with the addition of required yearlong computer courses for 7th and 8th graders, and a move to block scheduling by all county middle schools. Redistricting further made this a year of change, increasing the student population to 780, the faculty to 63, and the total staff to 88. On August 27, 1998, J. Frank Hillyard Middle School opened for its students.

In January of 2006 a major addition and renovation project was started at Hillyard. A two story wing of classrooms was added onto the west end of the building. The entire building was updated with new windows, flooring, ceiling, paint and air conditioning. Work on the building was conducted concurrently with classes, which required much planning and flexibility on the part of all students and staff. The project was completed in October of 2007.

By the fall of 2007, the student population had grown to over 840, the faculty to 70, and the total staff to 100. Since then, Hillyard has seen a decrease in enrollment as Rockingham County experienced a redistricting effort in 2008. Currently J. Frank Hillyard Middle School has an enrollment of nearly 730 students, a teaching staff of 60 and 30 support staff working in various roles. Updates to the building continue as Hillyard continues to be one of the best middle school facilities in the State.
Accreditation 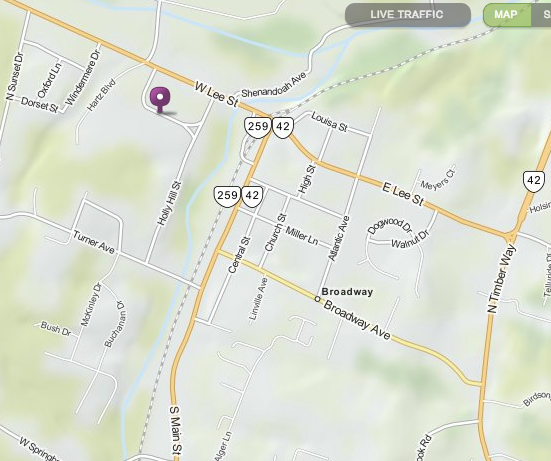 Back to JFHMS Home
Embed code is for website/blog and not email. To embed your newsletter in a Mass Notification System, click HERE to see how or reach out to support@smore.com
close
Powered by Smore
Powered by Smore