joseph is using Smore newsletters to spread the word online.

Get email updates from joseph:

The best soccer team in London, England, and possibly Europe

They play in the premier league in England called the Barclays Premier League. Also there is a league in Europe that has all the best teams in it.

"The Special One" AKA Jose Mourinho is their manager

After winning the Champions League 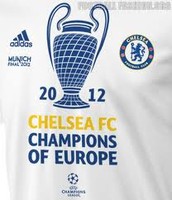 joseph is using Smore newsletters to spread the word online.