Get email updates from Brianne:

See some of the top-notch places in Nicaragua.

See some of the top-notch places in Nicaragua.

Granada is the fifth most populous city and historically one of Nicaragua's most important cities, economically and politically. It has a rick colonial heritage with its beautiful buildings and architecture.

Once the capital city of Nicaragua, today the colonial city of León is the most important center of arts, culture and religion in the country. León is also considered to be the most politically progressive city in Nicaragua. Politically themed murals can be seen on many of the outdoor walls and in several of the plazas. Nicaragua's first university, the Universidad Autónoma de Nicaragua, is located in central León and the city is home to a population that is young and increasingly educated. 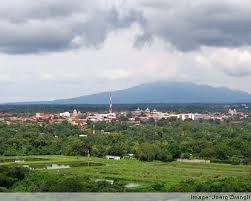 Located in Lake Nicaragua, the largest lake in Central America, Ometepe Island was originally formed by two volcanoes and today those volcanoes form the backdrop to this remarkably beautiful island. Ometepe Island can be reached by boat from the towns of Granada or Rivas. It's one of the most unique destinations in all of Nicaragua and offers a glimpse into local life as it might have appeared many years ago.

Follow Brianne McDermott
Contact Brianne McDermott
Embed code is for website/blog and not email. To embed your newsletter in a Mass Notification System, click HERE to see how or reach out to support@smore.com
close