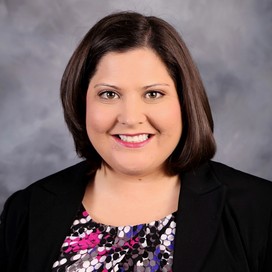 Kelsi is using Smore newsletters to spread the word online.

Get email updates from Kelsi: 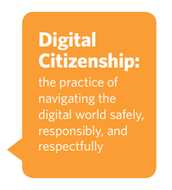 With all its wonders, the digital age has also introduced a fair share of challenges. Today’s students face a wide range of difficult issues that previous generations never encountered. As a result, teachers, school leaders and parents are called on to add a whole new idea to our curricula: digital citizenship.

The elements of digital citizenship are not so different from the basic tenets of traditional citizenship: Be kind, respectful and responsible, and do the right thing.

What’s new — for educators as well as students — is learning how to apply these ideals to the digital age. All kids throughout the centuries have needed help from their parents, teachers and mentors along the path to becoming good citizens, our digital natives still need guidance as they learn how to apply the elements of citizenship to the realities they encounter in a connected world. - Adapted from Andra Brichacek, "Infographic: Citizenship in the digital age", ISTE, 2014 (full article linked below).

"Teaching digital citizenship to students, helps create a positive school culture that supports safe and responsible technology use. Digital Citizenship is more than a teaching tool; it is a way to prepare students for a society full of technology." - Common Sense Education

Infographic: Citizenship in the digital age

www.iste.org
Digital citizenship is not so different from traditional citizenship. We still need to guide students to be kind, respectful and responsible. What’s new is teaching them how to apply these values to the realities of the digital age.

www.commonsensemedia.org
Common Sense Media improves the lives of kids and families by providing independent reviews, age ratings, & other information about all types of media.

Media Use by Tweens and Teens: Infographic | Common Sense Media

www.commonsensemedia.org
Common Sense Media improves the lives of kids and families by providing independent reviews, age ratings, & other information about all types of media.

Explore the Many Options to Teach #digcit

Common Sense Education provides a plethora of resources in relation to all things #digcit. Please review the interactive Scope and Sequence. Find a lesson appropriate for your students and plan now to implement during Digital Citizenship Week!

Looking to share resources with parents? Start at the Common Sense Education Parent Concerns section. It offers articles, videos, discussion guides, etc. on all things #digcit. Consider choosing three topics relevant to your students and share links to parents in a newsletter during Digital Citizenship Week!

What is your plan for Digital Citizenship Week? 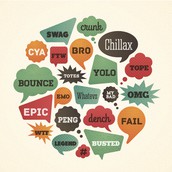 BAE: Stands for Before Anyone Else. It is used across the Internet as a term of affection for a significant other or crush.

GIF: A moving image that constantly loops itself, not to be confused with a Vine or a short video. Most of the time it's used to represent a new phenomena, trend, emotion, or moment, often taking the original basis of the moving image out of context (similar to a meme).

Hashtag: A word, abbreviation, phrase or term preceded by “#.” The hashtag connects the post with the broader online conversation about that particular topic; the hashtag serves as a label linking related content. By searching for or clicking on the hashtag, an individual can read or view all the related posts, in essence following a conversation about the subject.

FOMO: An acronym for "Fear of Missing Out," used when someone feels anxious that he or she will miss (or is missing) an opportunity by not doing something or not participating in some social event, such as a party, concert, or vacation trip. For example, "I decided not to go to the party, and now everyone is posting pictures from it. I've got FOMO really bad."

MCM: An acronym for “Man Crush Monday,” revealing your “man crush” online on a Monday (often through a photograph on Instagram or a tweet). Generally a photograph of a celebrity or possibly real-life boyfriend; not generally used as a way to reveal an actual crush.

TBH: To be honest. Someone might post an image of herself on social media and write "TBH" as a way to look for positive responses.

TBT: An acronym for "Throwback Thursday," a photo-sharing hashtag and trend. Similar to FBF, which stands for "Flashback Friday." One uses #TBT when posting old pictures on Thursdays.

WCW: An acronym for "Woman Crush Wednesday" (see also "TBT," "FBF," and "MCM"). Social media users are encouraged to post a picture of a woman whom they aspire to be, a celebrity crush, a girlfriend, a best girl friend, a mother … really, any woman who is respected, loved, or admired romantically (using the caption or hash tag "WCW," of course).

YOLO: An abbreviation for “you only live once.” A motto or phrase associated with enjoying life, not taking things too seriously and living in the moment.

Looking for more? Not sure how to decode their jargon? Feel like you need to brush up on the latest digital apps? Still think that MySpace is the right space?

Links to other articles and resources What Your Students Really Need to Know About Digital Citizenship

www.edutopia.org
Teach your students about the "9 Key Ps" of digital citizenship as you help them acquire both proactive and experiential knowledge of the online world.

www.iste.org
Most educators recognize the need for digital citizenship, but many are at a loss for how to teach it. Here are some resources to help.
Text and Image Citations 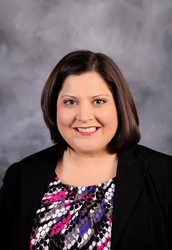 @kswboyles
I am the Education Programs Specialist at RIU#6. I work on Literacy projects, STEAM initiatives, and Instructional Technology.