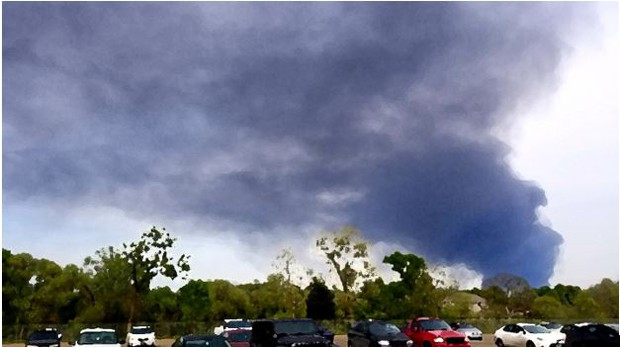 HISD Resources: Pollution in our Community

This month, the Lobo Library will feature resources for Earth Day. Given the recent ITC multi-tank fire and its close proximity to our school, the resources (Digital Resources & Books) highlighted in this month's newsletter will be about the environment and pollution in communities that look like ours. All of our books and eBooks are found on http://destiny.houstonisd.org.

HISD Digital resources ban be accessed via the HUB.

Below you will find news articles and scholarly journals for you to browse. The first one has a lesson plan and selected readings for you to use in your classes.

Scroll to the bottom for information about:

The racial gap in health has been shrinking for decades -

Choking to Death in Detroit.pdf 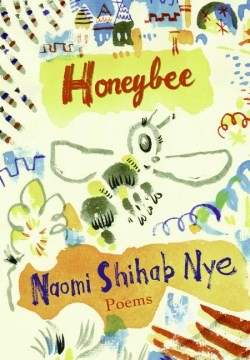 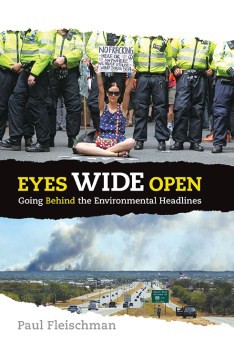 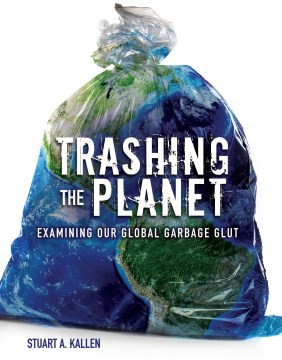 Mixing memory, science and social issues, these selections vary widely in their accessibility and interest. As always, however, Nye's sheer joy in communicating, creativity and caring shine through. The focus shifts continually-from honeybees (champion communicators, threatened species) to the continuing violence in the Middle East to memories of childhood (her own and her son's) to specific situations in which people manage to transcend their differences (Kirkus Review 2006).

This remarkable book offers young people the tools they need to become informed, responsible global citizens. While it opens with a tale of Fleischman finding dead bees in his driveway, the discussion quickly broadens to consider the application of critical thinking skills to environmental issues. Rather than advising readers to take specific actions, Fleischman tells them how to evaluate information on topics such as climate change and encourages them to take action by charting a course that seems reasonable (Booklist Reviews 2014).

Trashing the Planet by Stuart

It is easy to forget about the refuse that people discard once it's in the garbage can, but this book seeks to draw the attention of young readers to an ever-growing problem: the tremendous amount of trash polluting the earth. This puts modern ecological issues in historical context, explaining the impact of the Industrial Revolution on human consumption and the genesis of the environmental movement (Booklist Reviews 2017). 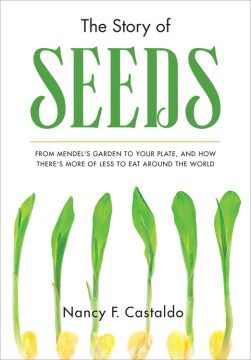 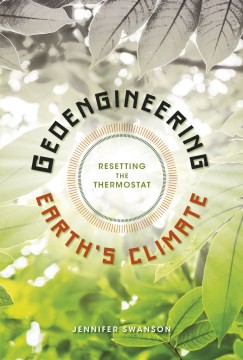 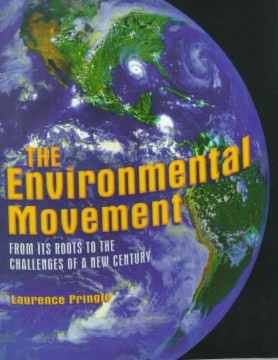 Story of Seeds by Nancy Castaldo

Just like a seed, this deceptively small book is packed with potent life. Castaldo's discussion of how seeds-and subsequently worldwide food sources, biodiversity, and sustainability-are involved in international politics, economic history, genetic research, and many other areas makes this especially unique and fascinating from many perspectives. Her brief chapters read like well-researched, conversational magazine articles, which will likely appeal not only to students but also environmentally conscious adults. A terrific, engrossing resource (Booklist Reviews 2014).

How can we turn Earth's temperature down? Swanson takes on the controversial subject of geoengineering: purposeful human efforts at global climate change. With clear, information-packed exposition organized into short chapters, she moves from a general overview and history to a consideration of two specific areas: carbon-dioxide removal and sun shields. Most importantly, she states global solutions are extremely controversial. Methods suggested so far would be expensive, possibly wildly impractical, and likely to have unintended consequences. But, she argues, these possibilities are vital in the face of the overwhelming evidence that our climate is changing for the worse. A good starting place for teen readers and researchers on a critical issue. (Kirkus 2017)

Pringle leads us through the first steps of the environmental movement, when few realized the abundance was far from inexhaustible. He never shies from being blunt about the treachery of some political leaders or corporations, but neither does he paint a portrait too heavily weighted on one side. The book is so engrossing and even uplifting that when it finally arrives at the nineties it a sad declaration that despite all that has been achieved, the planet and its creatures still face incredible peril in many forms. Written with clarity and resonance, this leaves the reader with a sense of progress as well as urgency for further change (Kirkus Reviews 2000). 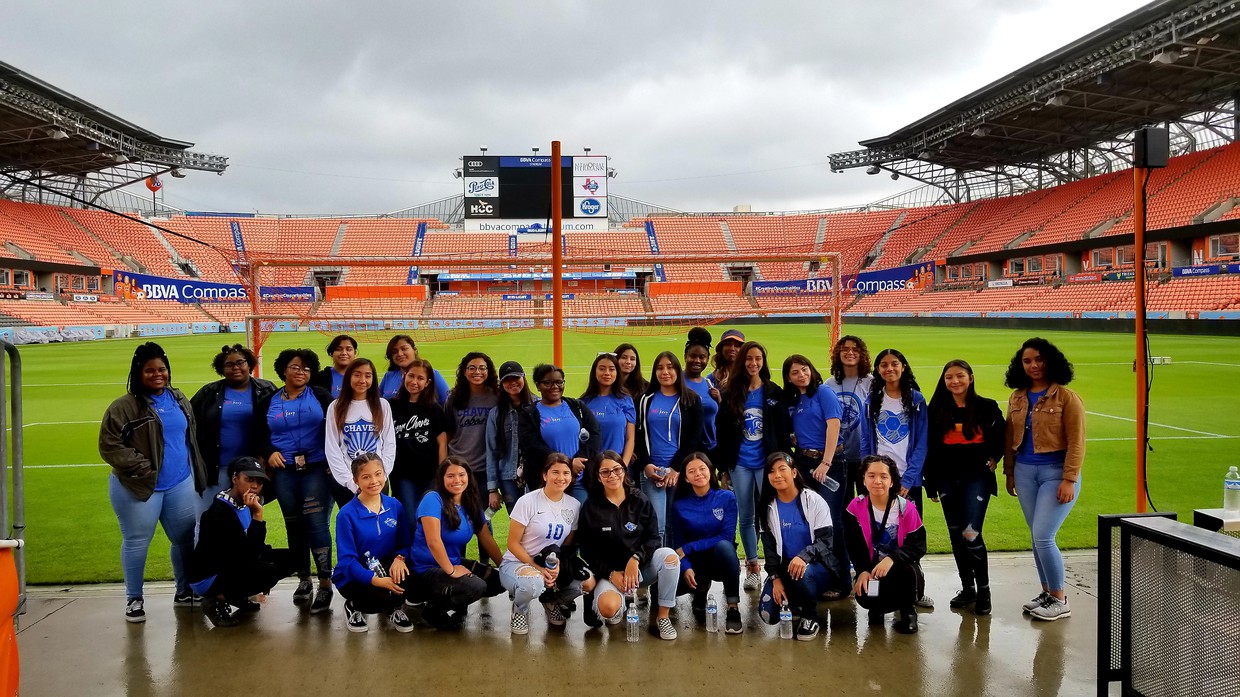 The young women from Just Keep Livin' and the Chavez Soccer team were given a private tour of BBVA stadium on International Women's Day. They were also treated to lunch, a bag of Dynamo/Dash goodies, free tickets to an upcoming Dash & Dynamo game, and a panel discussion. The panel was comprised of women from all parts of the Dynamo/Dash organization. Words of wisdom, experience, and encouragement were given to inspire our young Chavez students. Everyone came out more empowered than ever.

If you are a Chavez student still figuring out what club to join, please stop by Tuesday and Wednesday afternoons in the Library to experience wonderful events such as these!

Student volunteers and Mi Familia Vota stopped by many U.S. Government classes to register eligible students to vote. Over 140 students are now registered to vote. This brings our yearly total to 245 registered voters!

If you missed out on the voter registration drive, please stop by the library to register to vote. We can assist you through the easy process that takes less than 2 minutes to complete! 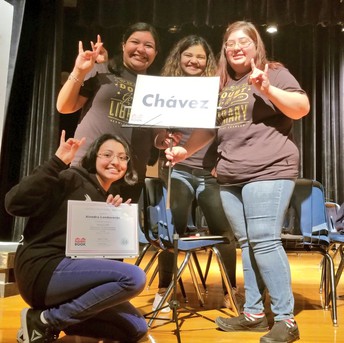 If you are interested in being a part of NTB, speak to Ms. Saldivar in the library.

The list of next year's books will be released May 4, 2019 at the Barnes & Noble in River Oaks. 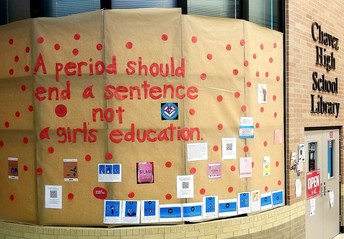 After last month's library window display, the Just Keep Livin' students were inspired to create Period Packs. Students may now pick up a Period Pack if they need it from the library. A Period Pack consists of a pad, a liner, a tampon, a chocolate, a lifesaver, a disposable wipe, and a disposable heated pad. All materials were purchased through the Just Keep Livin' grant and will be free of charge to all until supplies last.

The display's purpose was to create dialogue about menstruation and this conversation occurred online and in person. The purpose was also to remove the stigma of periods and discuss the many different ways it affects people--economically, historically, financially, and emotionally. Many students were positively influenced and provided the library with their gratitude and feedback via Twitter. However some people were negatively impacted by the window display and asked the library to take the display down. All persons and opinions were heard and welcomed. For future reference, all challenges to library materials and displays must be officially documented and formally submitted in writing. Communicate with Ms. Saldivar for more details regarding challenges or check out the Office for Intellectual Freedom from the American Library Association: http://dx.doi.org/10.5860/jifp.v3i2-3 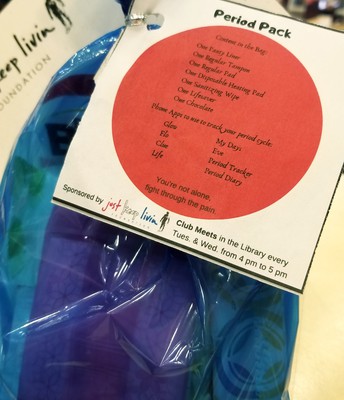 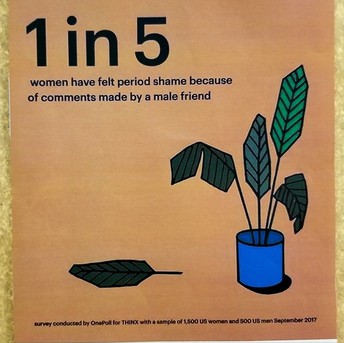 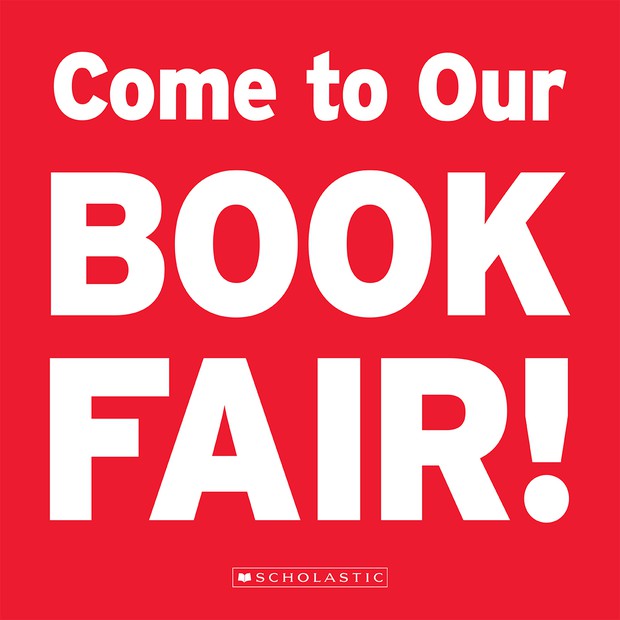 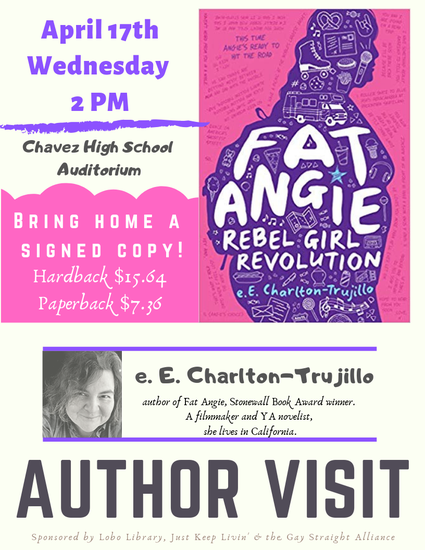 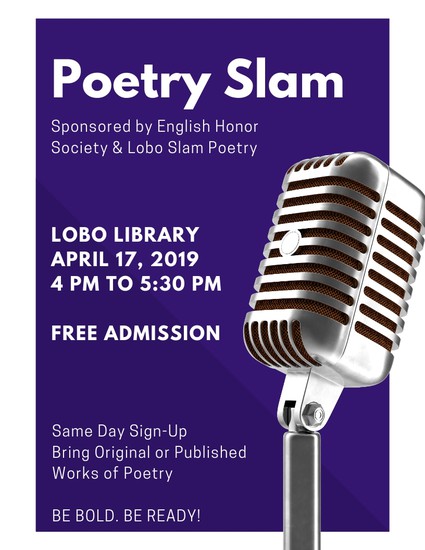 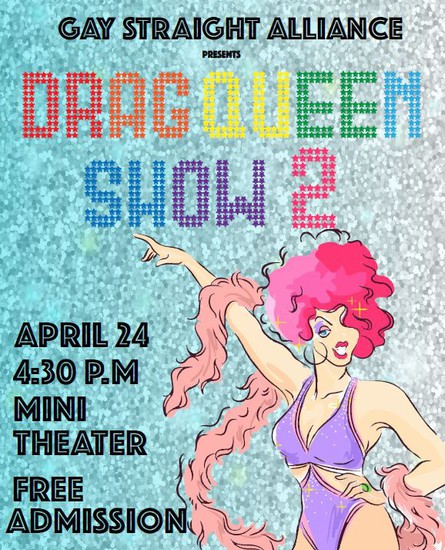 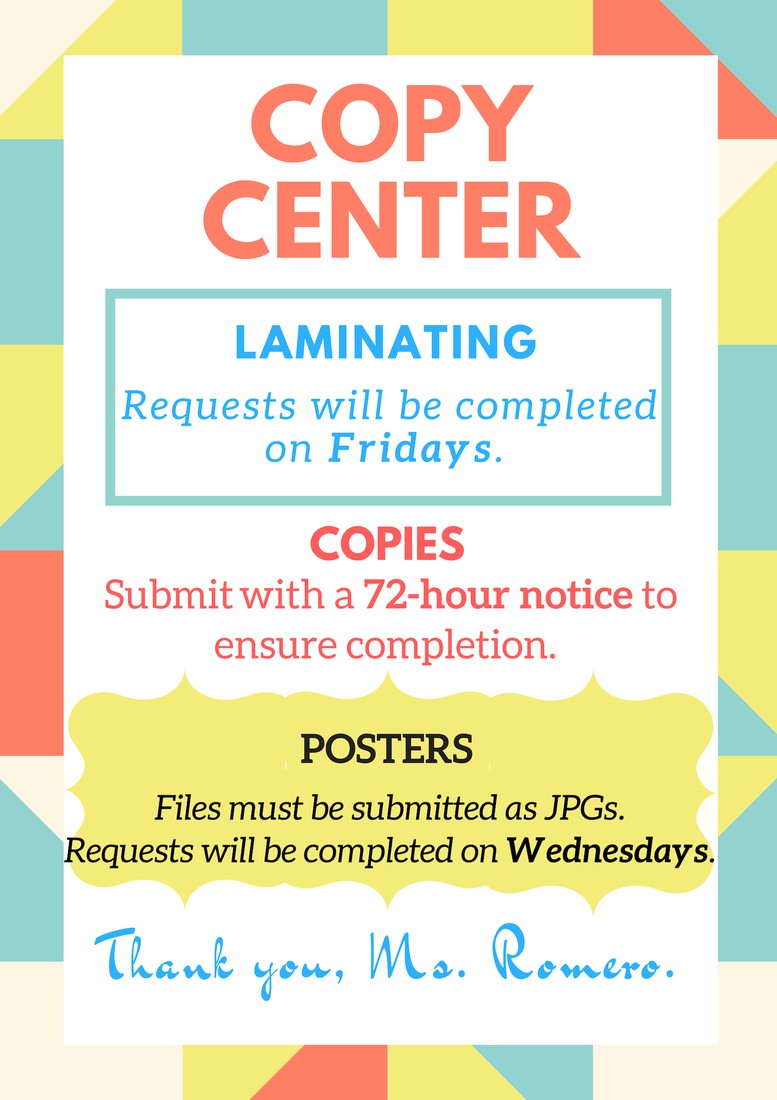 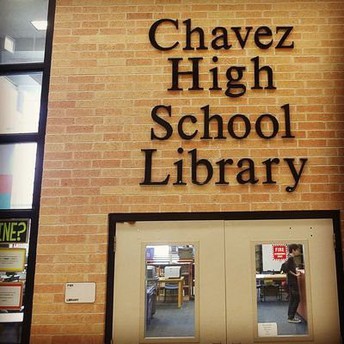