HCDE has proudly served as a regional sponsor for The Scholastic Art & Writing Awards since 1993. Established by Maurice Robinson, founder of Scholastic Books Inc., it is the largest and most prestigious recognition program and source of scholarships for creative teens in the U.S.

Founded in 1923, the Scholastic Art & Writing Awards program is the longest-running, most prestigious initiative of its kind, having fostered the creativity and talent of millions of students through recognition, exhibitions, publications and scholarships. Over the past five years alone, students have submitted more than one million works of art and writing and more than $40 million has been made available in scholarships and awards to top winning participants.

oomscholasticblog.com
Last night, some of the greatest creative leaders of our time came together to celebrate today's most talented teen artists and writers. The 2016 Scholastic Art & Writing Awards National Ceremony happened at the iconic Carnegie Hall in New York City on June 2, 2016 - and it was awe-inspiring.

What are the Scholastic Art & Writing Awards? 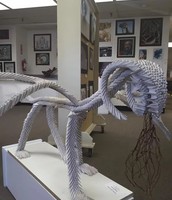 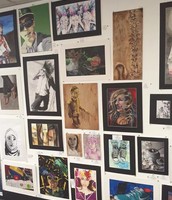 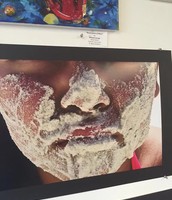 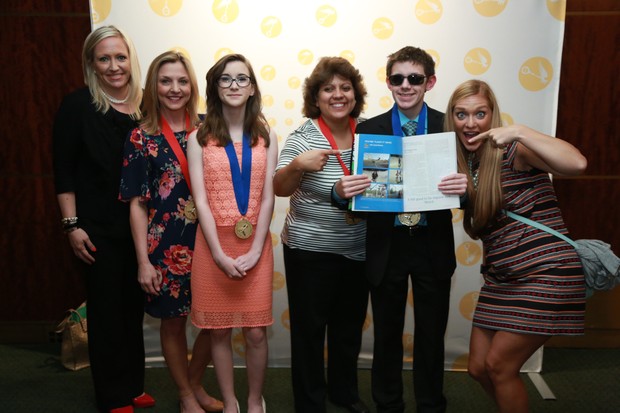 2016 National Scholastic Board of Directors Reception

The Board of Directors Reception was held on June 02, 2016 at Carnegie Hall. The event gave students the change to meet representatives from the organizations that sponsored their Awards. 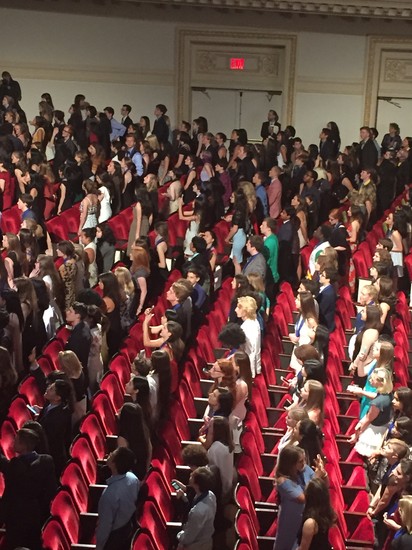 National Gold Medalists stand to be recognized at the National Scholastic Art and Writing Ceremony held on Thursday, June 2, 2016 at Carnegie Hall in NYC. 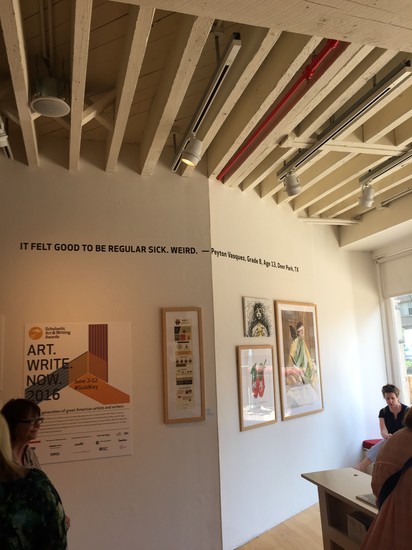 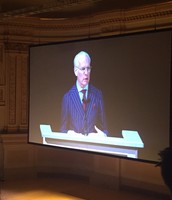 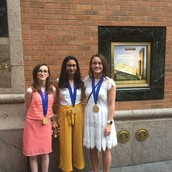 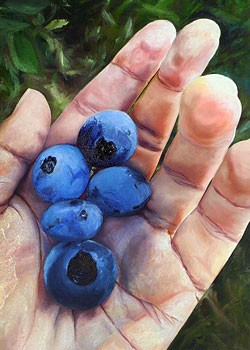 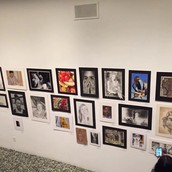 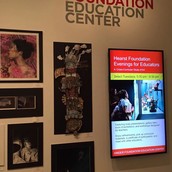 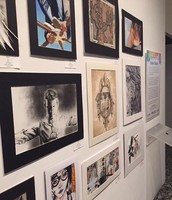 Empire State Building lit up GOLD the night of the National Scholastic Art and Writing Ceremony! 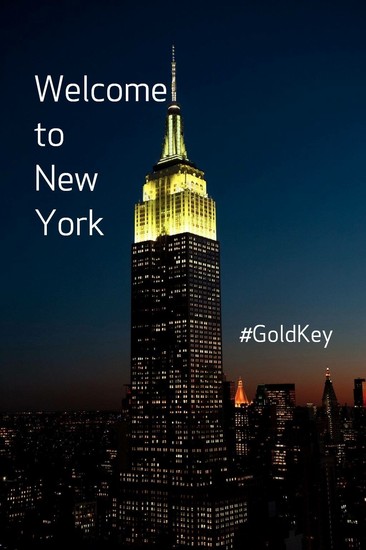 When I first received the news that I had won a National Gold Medal at the Scholastic Competition, I was relieved. After two years of attempting to even be recognized by Scholastic, I had finally won something. However, the true greatness of this feat hadn’t sunk in for me or my family. Scholastic was merely a competition that I participated in annually but never received any award for. We were excited, but we did not fully grasp the situation (especially considering my sister had been accepted into M.I.T. the preceding day). I had assumed that many of my friends had won, as well, similar to what had occurred when our entries were still at the regional level.

However, when my Language Arts teacher emailed my mother the following day to inform her that I was the only Gold medalist at my school (there were two other Silver medalists), I began researching Scholastic, and I reviewed the email Scholastic sent my mother. My excitement grew as I read names such as Truman Capote, Lena Dunham, and Stephen King (the author of Carrie, an amazing novel); if incredible writers like those could win this competition, what did that make me? And what did that make the thousands of other students who also won?

To be able to go to Carnegie Hall (Carnegie Hall!), the place where these amazing legends perhaps once stood to accept their award would be a once-in-a-lifetime opportunity. Writing is a skill -- a habit -- that I have had all my life, and to be able to be awarded for something I have spent years harnessing and perfecting is truly an honor. Also, to be even considered as one of the most creative middle school writers in America is not only inconceivable for me, but for all of the students who were also awarded.

The city of New York may be a novelty; however, for me, to be able to accept this award, to be told that I am as good as incredible writers who were awarded before me, is the biggest prize of all.

Wow! I am speechless! I feel very honored. I am looking forward to being there on March 5th will all of my students. The Scholastic Writing Awards mean so much to me because they are what really made me want to be a writing teacher. Many years ago, before I was even aware of the awards, my own daughter received a gold key award for an editorial she wrote in the eighth grade. I was very shocked and stunned when we learned she also won a national gold key. Undoubtedly, one of the proudest moments of my life was watching her take a bow on stage in Carnegie Hall. Four years later, I became a teacher and practically begged for the 7th grade ELA position. Being a writing teacher is very challenging and taxing at times ( I spend my life grading ), but when I read my students’ work this year, I was just so proud of their creativity and hard work. I am so blessed. Thank you so much! 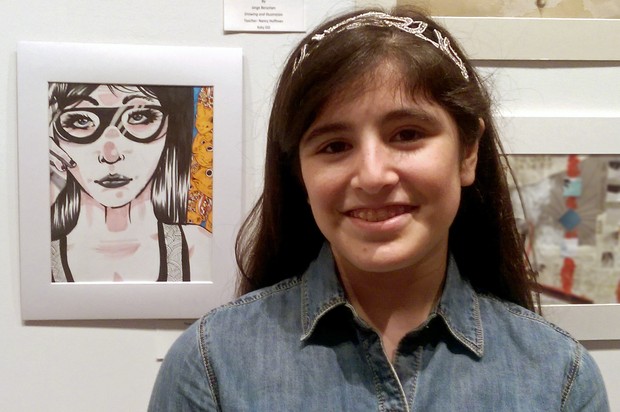 HISD's seventh grader, Andrea Conley received a Gold Key at the Regional Awards at HCDE and went on to be selected for a National Gold Medal. She will be honored in the National Ceremony at Carnegie Hall on June 3, 2016. 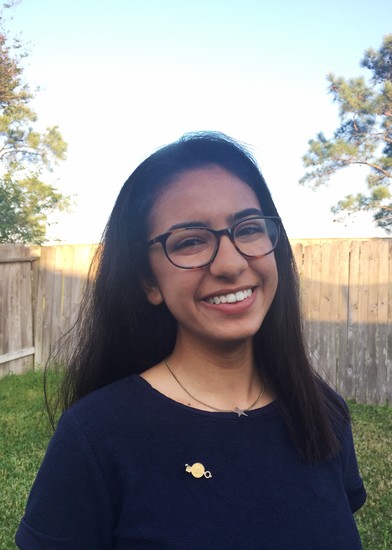 I have always had doubts about whether or not my artwork would really get anywhere outside of the classroom. Throughout last year, I especially struggled with confidence in my artwork. Scholastic has played a huge role in my life this year, it has pushed me through many doubts that I had earlier in the year. When I look back at last year, I realize that I’ve grown so much and learned so many of the crucial aspects of art making that have built me up for that moment I took “Tok Tok”. From not knowing a single thing about film photography to being able to set up a film camera in seconds is a huge accomplishment I take pride in. All of the work that I put into my photography and digital media class last year has given me tools in my tool box to work with and to help craft my art. It is so crazy to think that that specific moment in time Is what brought me here today. It has inspired me to continue photography and really value the aspects of it. Knowing that my artwork has received a gold medal in a national competition confirms that I can execute my photography in a way technical skill and creativity is present. It was already hard for me to believe that I received a gold key so receiving a higher award was so surreal and almost crazy. Knowing that I received the same award as artists like Andy Warhol makes me feel like I am on the right path. It has boosted my self-confidence and has introduced me to other artists work. Going to New York would make everything happening now real life. It makes being a gold medal winner a full experience actually being there with my artwork. When I see my artwork in an exhibit it becomes something tangible. I know that the moment I see my artwork will be a milestone in my life because it’s something I never thought would ever happen. www.houstonchronicle.com
The difference between those of us who give up shortly after finger painting in kindergarten and those who continue is relentless patience, practice and perfectionism. [...] for my kids to produce award-winning work in our classroom and be compared to students across the region with the luxury of more resources, it makes me very proud. Since 1923, Scholastic has run its annual writing and art contests for students in grades 7-12. The competition is organized by the Alliance for Young Artists and Writers nonprofit and is regionally sponsored by the Harris County Department of Education. Through March 27, MFAH visitors can see a curated collection of those top winners in the Kinder Foundation Education Center Gallery on the lower level of the Caroline Wiess Law Building. 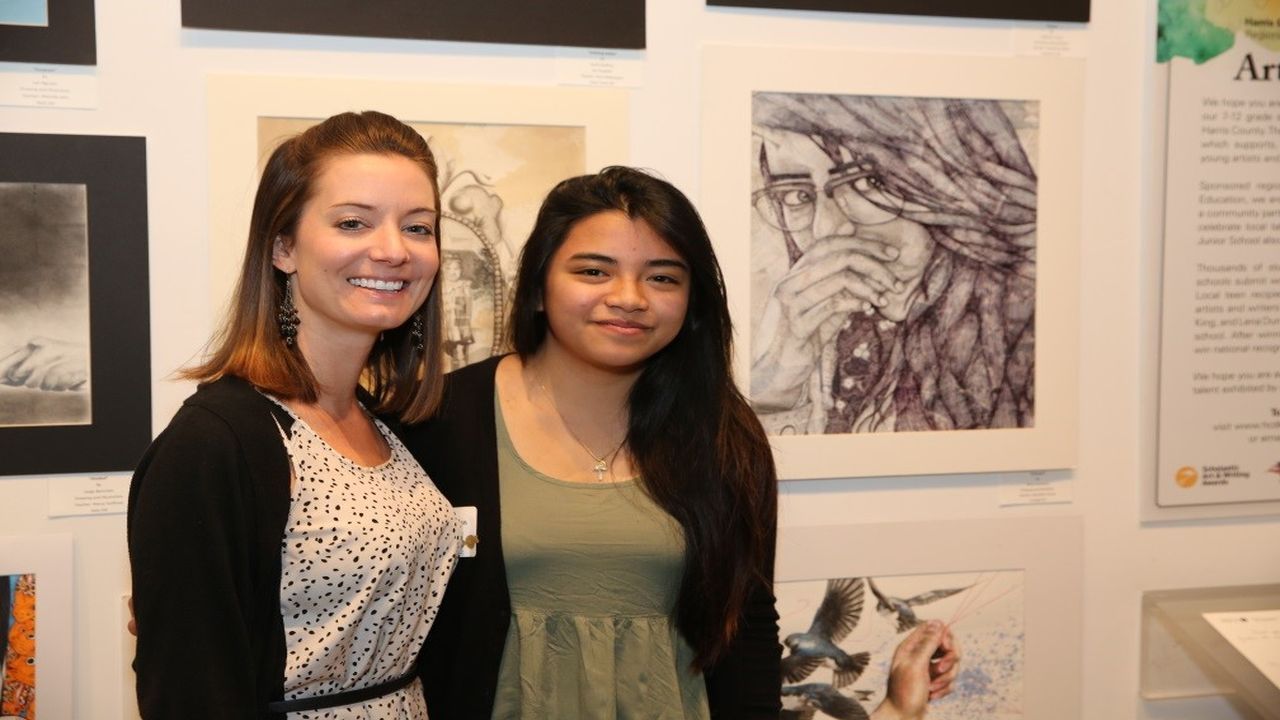 www.click2houston.com
Harris County Department of Education celebrated the talent of 90 teen artists and writers throughout the county at two Scholastic Art & Writing art receptions this week. Archway Gallery hosted a...

www.yourhoustonnews.com
More than 180 CFISD students were among 1,708 regional winners from 18 Harris County school districts in the 2015 Scholastic Art & Writing Awards, hosted by the Harris County Department of Education (HCDE). 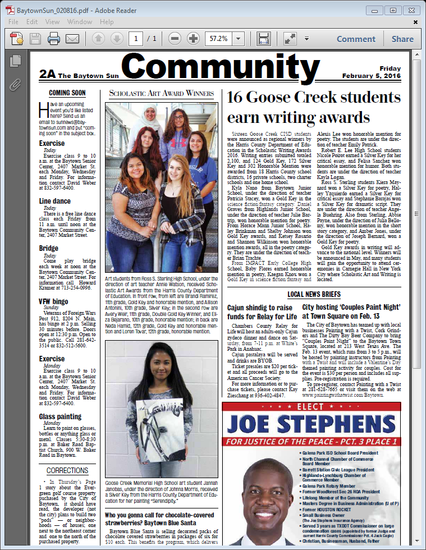 www.ourtribune.com
The Tribune is a locally owned weekly newspaper for the Atascocita, Humble and Kingwood Texas area.

Facebook @HCDEtx
6300 Irvington Boulevard, Houston, TX, United States asegraves@hcde-texas.org 713-696-1318 youtu.be/3s6-iZFeqNs
Why HCDE?
Embed code is for website/blog and not email. To embed your newsletter in a Mass Notification System, click HERE to see how or reach out to support@smore.com
close
Powered by Smore
Powered by Smore