Get email updates from Ashleigh:

Enigma is a coding system started in the 1920s, when the German military used an Enigma machine developed for the business market to begin to communicate in unintelligible coded messages. The Enigma machine enabled its operator to type a message, then ‘scramble’ it using a letter substitution system, generated by variable rotors and an electric circuit. To decode the message, the recipient needed to know the exact settings of the wheels. German code experts added new plugs, circuits and features to the machine during the pre-war years, but its basic principle remained the same. 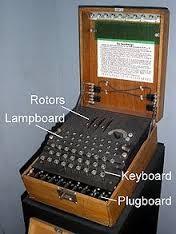 Keyboard of the machine

Rotors inside the machine

Plugs to change the letters 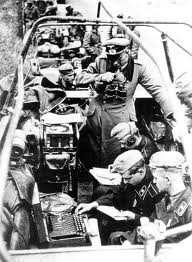