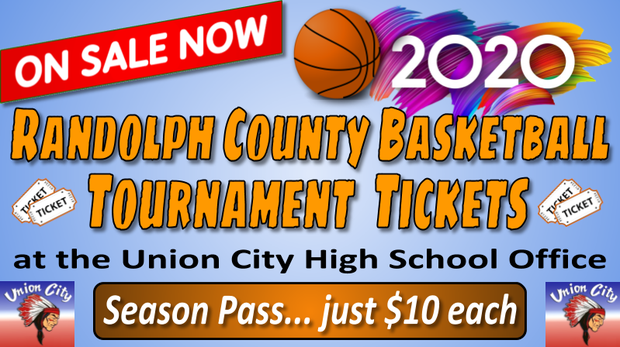 Varsity County Basketball Tourney tickets are for sale at this time. You can purchase your tickets at any home event from the ticket table or at the high school office during the week 8:00 AM - 4:00 PM. All Session tickets are $10.00 which gets you into the tourney all four nights. These All Session tickets are only available pre-sale. Ticket price at the gate each night will be $6.00. Our boys will play Wednesday night Jan 8th at 6:00 PM against Monroe Central and our Girls will play Friday night Jan 10th at 6:00 PM against the Wednesday night winner either Union or Winchester. The County Tournament is being played at Randolph Southern this year. Bracket for both the girls and boys can be found here. 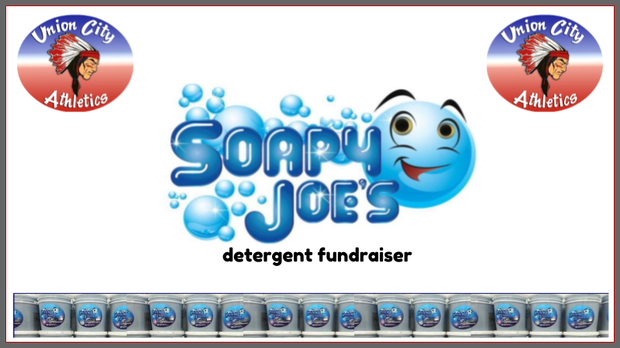 See any Winter Sports Athlete to help them with a great fundraiser. Who doesn't need Laundry Detergent? 5 Gallon Buckets with a pump $45.00. All teams are in a contest to outsell the other teams. These are great products comparable to Tide and Gain. Buying in 5-gallon buckets you save over $30.00 compared to Tide or Gain even at Walmart.
Laundry Detergent, Fabric Softener, Dishwasher Detergent, Scent Boosters
Fundraiser for all winter athletic teams. Coaches and team members have order forms
Orders due back by Monday, January 27th. Teams will receive $10.00 for each item sold

Each Winter season team will be competing against each other, the team that sells the most items will receive an additional $200.00 profit for their team.

If you don't know a winter athlete contact the AD office 765-964-4840 X122 and we will make arrangements to get someone to get with you to help you get a purchase done. 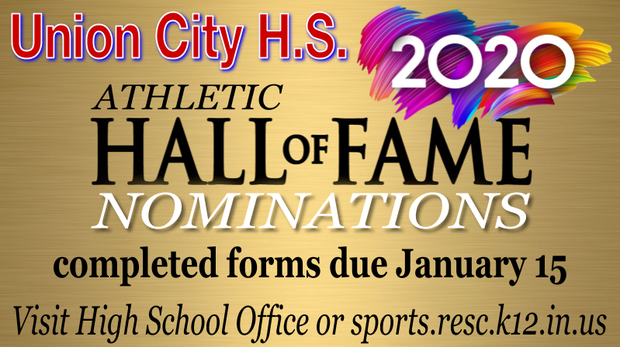 Union City Jr-Sr High School Athletic Director, Mike Thornburg, has announced that nominations for this years Athletic Hall of Fame are now being accepted. To be eligible, candidates must have graduated from Union City five years prior to nomination. To be nominated, they must be a Union City Alumni or staff member who served the Athletic Department.
A maximum of two (2) individuals may be inducted each year. This committee shall consist of the Principal, Athletic Director, two members appointed by the Principal, President of the Athletic Booster Club and Vice-President of the Athletic Booster Club.
Nominations may be submitted by any patron of the community. Nominations must be submitted by using the nomination form which can be obtained at the high school office or online at sports.resc.k12.in.us under the document tab on the home page of the UC athletic department website. A form can also be received by an email request to Athletic Director, Mike Thornburg at mthornburg@resc.k12.in.us. Nominations must be received in the Athletic Office by January 15, 2020. 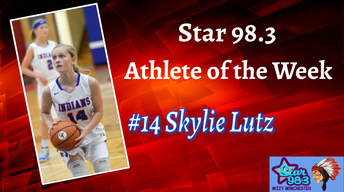 Congratulations to Skylie Lutz for being named the Randolph County Athlete of the week for the week of 12/2/19. Skylie, a sophomore girls basketball player at Union City had 23 points to help lift the Indians past the #5 2A ranked, Lady Bears on 12/4/19. She also had 14 points and 6 assists against Mississinawa Valley. Skylie is currently averaging 18.2 points per game, 6.4 rebounds per game and 3 assists per game.

This award is awarded each week in Randolph and Wayne Counties and is sponsored by Wetzel Auto, AK AWARDS in Richmond and Radio Stations WKBV (1490AM/100.9FM, Richmond), G1013FM (Richmond) and Star 98.3 WZZY (Winchester)

Congratulations to Skylie and good luck to you and your teammates this week at the County Tournament. 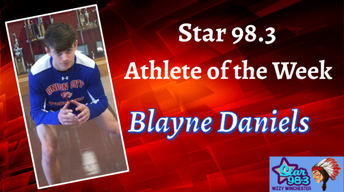 RANDOLPH COUNTY: BLAYNE DANIELS - UNION CITY HIGH SCHOOL - WRESTLING
Blayne Daniels has been named the Star 98 Athlete of the week for the week of November 25th

Union City wrestler Blayne Daniels went 5-0 Saturday at Daleville Super Six Wrestling meet. All wins were by pin or tech fall. He has the potential to be one of the top wrestlers in the area! He is a sophomore here at Union City and also a fantastic football player and will be s huge asset to our track team this spring! Great Tr-Athlete for our Indians.

This award is awarded each week in Randolph and Wayne Counties and is sponsored by Wetzel Auto, AK AWARDS in Richmond and Radio Stations WKBV (1490AM/100.9FM, Richmond), G1013FM (Richmond) and Star 98.3 WZZY (Winchester)

Good luck to Blayne and his fellow wrestlers as they continue their fine season. 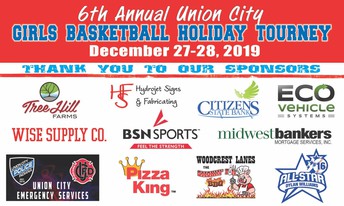 Our 6th Annual Girls Holiday Tourney was held December 27th and 28th. Our varsity girls played three games over two days and our JV girls played one game on Friday. The results were not what we had hoped for but the varsity girls went 2-1 over the two days and finished third. Northeastern defeated Greenwood Christian in the finals to take the championship. It was by far the most competitive Holiday Tourney we have had in six years. We had 4 ranked teams and the combine record of all eight schools entering the tournament was 51-34.

The Union City Athletic Department and the girls basketball team would like to thank all our sponsors without these great companies we would not be able to put this event on each year. 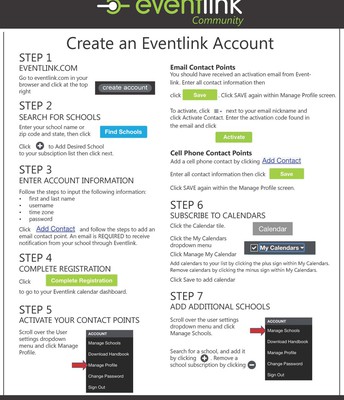 Have you wondered if we had games canceled this past week or when games where rescheduled for?

If you have signed up for Eventlink problem solved.

Want a better way to be notified of sports calendars? Want to know if times/locations/dates change? You pick the sports you want to see! You can sync individual sports directly to your phone! Up to date info can be found through Eventlink!

Once you are signed up make sure you go to Google Play Store and download the free Eventlink App. 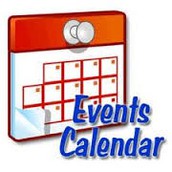 Calendars and Brackets for Events and Practices

Home and Away Event Schedule Here 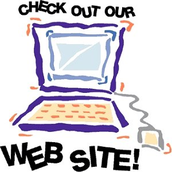