By Aida Zilkic and Riley Callison

By Aida Zilkic and Riley Callison

Hussein overthrew yazid with one hudred men. Yazid was a killer and by bringing him down Hussein brought Yazid to justice in the eyes of god, because the ten commandments to never kill, unless it is god’s will. Shia’a muslims celebrate Ashura to commemorate the martyrdom of hussein.

Ashura, an optional fast day for muslims that commemorates the martyrdom in Shia’a Islam. The word Ashura means tenth in arabic and the Holiday is the 10th day of the Islamic month of Muharram (around November) on the Islamic calendar. Muslims observe Ashura through mourning rituals such as self flagellation (beating) and reenactment of the Martyrdom.

This event takes place in Iraq near Karbala (bank of Euphrates River) Ashura celebrates the small group of people who fought against Yazid (second Umayyad Caliph upon succeeding his father Muawiyah) Hussien was the leader of the rebel group who defeated Yazid.

Shi’a Muslims believe that Hussien was the one who was meant to lead Islam, and his death is a was a tragedy for Shia'a Muslims that is fixed in their collective memory.

They saw Hussein as an innocent spiritual figure… in many ways martyred by a far more powerful, unjust force.

When will Ashura next happen?

When Jewish-Muslim relations became strained, Muhammad designated Ramadan as the Muslim month of fasting. Because of this Ashura is a voluntary fast, as it has remained among Sunnis. However for the Shia'a Muslims Ashura is a major holiday. This is one of the key differences between Shia'a and Sunni Islam. 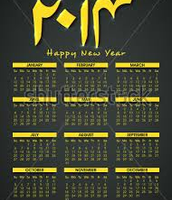 This calendar was developed by muslims. Ashura takes place on the tenth day of the month of Muharram.

These knifes are carried by Shi'a muslims during Ashura, used to lacerate the of the torso.

A man receives cuts on his back to celebrate martyrdom.