Gospel Based Leaders: Together, Talking & Transforming

Gospel Based Leaders: Together, Talking & Transforming

This Week's Sphere of influence: Church

Who is Kip Jacob?

For nearly 30 years, Kip Jacob and his wife Pam have led SouthLake Church in suburban Portland Oregon from a church of 35 people to a creative faith community where 2000 people meet weekly.

In 2008 Kip led SouthLake in joining other area churches to make a difference in Portland. In response to his vision, over 1000 SouthLake volunteers showed up one summer Saturday to serve Roosevelt High School- a failing urban public school. Little did he know, that initial day of service would inspire a church-school partnership that would bring transformation to both communities.

Along with other SouthLake leaders, Kip formed the new non-profit, BeUnDivided, to inspire and equip pastors and churches to serve public schools around our nation. The uplifting documentary film, UnDivided, shares the in-depth relationship with Roosevelt High School. In addition, Kip and his team are in development of a feature film entitled The Magnificent Defeat, highlighting SouthLake and Former NFL all-pro quarterback Neil Lomax's first year coaching at Roosevelt.

Kip Jacob - Being a Christian Leader in Today's Society

Convergence Conversation features recognized and unrecognized leaders in all spheres of society and culture who are boldly making a difference and transforming the lives of those around them in creative and uncommon ways. 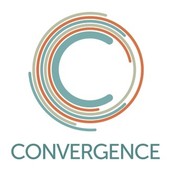 Our culture will continue to shift and change with or without us. You can, however, be a part of shaping it. Listen to this podcast or listen live (Fridays, 6pm on 710AM) where we interview leaders who have shared how they are leading in their own communities.
Click here to Listen!

Provoking more thought and more conversation through words. Read as leaders who are shaping our narrative, our communities and our culture. Add your voice through comments. 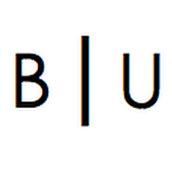 Could that possibly change the educational outcomes of millions of the nation’s children? Could that break down walls that traditionally divide us socially and economically? Could that inspire entire communities to rally around their schools and their children, turning the page on the story of their lives, and, in turn, the lives of their children?

We are daring to think the answer to those questions is…yes!

To learn more go to beundivided.com