The Bohr model was proposed in 1913.and it was an expansion on the Rutherford model of 1911. Bohr’s atomic model theory was that electrons orbit the nucleus at set distances. The energy difference between the initial and final orbit is emitted by the atom in bundles of electromagnetic radiation called photons. He figured this when white light is diffracted with a prism. and all the colors can be seen. Each color corresponds to a specific amount of energy,but when the light given off by the hydrogen atom was passed through a prism, only certain colors of light could be seen. This led Bohr to theorize that electrons only have certain energies in an atom and they had to be in separate energy levels. 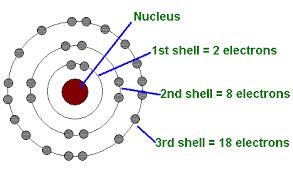 Follow Rebecca Tilbury
Contact Rebecca Tilbury
Embed code is for website/blog and not email. To embed your newsletter in a Mass Notification System, click HERE to see how or reach out to support@smore.com
close