my name my last name

my name is using Smore newsletters to spread the word online.

Get email updates from my name:

The United States Government is divided into three branches: the Executive, the Legislative, and the Judicial Branch. The Executive Branch of the United States government includes the president who is the administrator of this branch and the one who, with help from the vice president and cabinet, enforces the laws. The Legislative Branch is more commonly known as Congress and is divided into two sections called the House of Representatives and the Senate. In this branch, laws are made. The Judicial Branch includes the Supreme Court and nine Justices. The nine Justices interpret the laws using the Constitution. 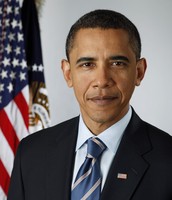 Why did the Founding Fathers create a constitution and separate the powers?

In 1776, the Declaration of Independence was created and gave freedom to the thirteen colonies. Though, they soon had to unite the thirteen colonies somehow but didn't want this leading power to be too strong and so the Continental Congress made the Articles of Confederation, which was the first constitution of the thirteen colonies. These articles gave power to individual representatives from each state to manage foreign affairs and power to the states to handle their own stately affairs. However, the people later found out that this wasn't working and the Articles of Confederation didn't give enough power to the government. So, to fix this, the Founding Fathers created the Constitution in 1787 to provide a "more perfect union" between the states. As a precaution to prevent the government's power from tipping the other way and having too much power, the Fathers made the Bill of Rights to limit the government's power and protect the rights of all citizens.

What is the function of the Executive Branch?

The Executive Branch's role in the United States government is to carry out and enforce the laws made by the Legislative Branch and interpreted by the Judicial Branch. The President, Vice President, and the Cabinet are the three main figures in this branch. The President's special job is to sign or veto the laws passed by the Legislative Branch. The Vice President's special job is to be ready at short notice to assume the President's position if the President is unable to do his job such as if the he resigns, dies, or is temporarily incapable of doing his duties. The Cabinet, who is appointed by the President, consists of the heads of the 15 executive departments. All members in the Cabinet bear the title "Secretary" except for Attorney General who is head of the Justice Department. 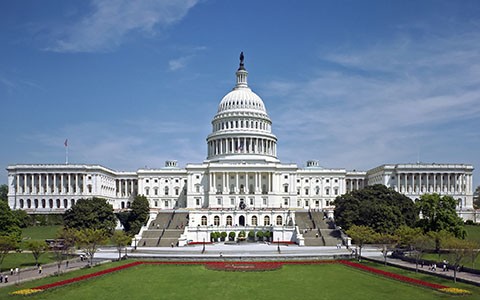 What is the function of the Legislative Branch?

The Legislative Branch's main role is to make the laws by writing up, discussing, and voting on each law. Divided into two parts, the House of Representatives and the Senate, the bicameral legislature has the authority to declare war, and refuse or ratify many Presidential appointments. Also, in order to pass a bill for the President to sign, both the House and the Senate have to pass a bill by the majority's vote, but if the President vetoes the bill, by passing it again through the House and Senate, they can override the veto. The House is made up of 435 members who are elected by state in proportion to the population of each state which in this case is one for every thirty-thousand people or, at least, one per state. Among the 435 members are 6 non voting members from the District of Columbia, American Samoa, Guam, the Northern Mariana Islands, the U.S. Virgin Islands, and Washington D.C. The leader of the ouse is the titled the Speaker of the House and he is elected by the representatives. The Speaker of the House is third in line of succession from the Presidency and his job is to lead the house in starting new bills for profit, impeaching national office holders who they agree are bad leaders, and helping elect the president when voting ends up a tie. The second part of the Legislative Branch, the Senate, is composed of 100 Senators, who are also voted in to office by the state. There are two representatives from each and the Vice President acts as President of the Senate. The Senate's jobs are to confirm the President's appointments that require the Senate's approval and ratify or approve treaties.

What is the function of the Judicial Branch?

The Judicial Branch's role in the government is to translate or decode the laws made by the Legislative Branch, settle legal disputes, and protect people's rights.The Judicial Branch consists of the Supreme court, which is the head of this branch, and the 9

Justices, who are led by the one Chief Justice. The 9 Justices are appointed by the President and authorized by the Senate.

Connect with my name my last name

my name is using Smore newsletters to spread the word online.