nilly is using Smore newsletters to spread the word online.

Get email updates from nilly:

16th president of the United States

16th president of the United States

He had two siblings . An older sister and younger brother .

In 1864 he was elected to the House of Representatives

Things he did as President

1. He signed the first of the Homestead Acts, allowing poor people to obtain land.

2. He established the United States Department of Agriculture.

3. Abraham Lincoln issued the Emancipation Proclamation which led to abolishing slavery in US

1. He served in the Black Hawk War in 1832 to help fight off Native American tribes.

2. He signed the Morrill Act of 1862 which aided in the establishment of agricultural and technical colleges in each state.

3. He helped create a national banking system which resulted in a standardized currency and a network of national banks.

4. Lincoln was president from 1861 until his death on April 15, 1865.
5. Lincoln was the first president not to be born in one of the original colonies. 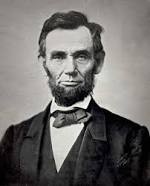 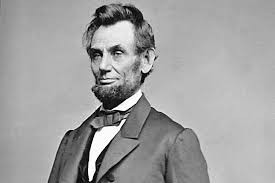 nilly is using Smore newsletters to spread the word online.