Amelia is using Smore newsletters to spread the word online.

Get email updates from Amelia:

History and Traditions in Mexico

They decorate their homes with lilies, evergreens, moss, Poinsettia and paper lanterns. Children often perform the Posada and place a figure of the Christ child in the nativity scene. After mass, the the children enjoy a festive pinata party. At midnight on Christmas Eve, they go to mass known as 'Misa De Gallo', mass of the Rooster. They have lots of fireworks on Christmas day.

In Mexico, Christmas is celebrated from the December 12 to January 6. From December 16 to Christmas Eve, the children perform the Posada. The Posada celebrates the part of the Christmas story where Joseph and Mary look for a place to stay. Their holiday ends with the el Dia de los Reyes on January 6th. 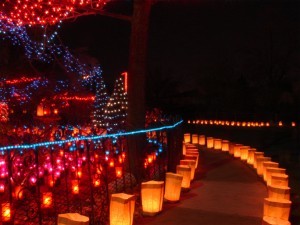 The menu on Christmas

In Mexico, their christmas dinn may include tamales, which are cornmeal dumplings wrapped in corn husks. They also enjoy ensalada de Noche Buena which is a lettuce salad with beets. Atole, a mexican hot chocolate, Pozole, a traditional hominy soup or stew made with pork or chicken, Pavo, roasted turkey and Rosca de Reyes a sweet bread will be served on January 6th.

This is why they celebrate Christmas

Christmas is not about gifts, instead it's about spending time with family and eating. Gifts are exchanged on January 6, Dia de los reyes. Children leave their shoes by the window for the three kings to leave presents in them. Many children get new shoes, Mexican candy and chocolates.

Amelia is using Smore newsletters to spread the word online.