Get email updates from Richard:

Half English, Half Dutch... Best of Both Worlds

Half English, Half Dutch... Best of Both Worlds

We take the land we are deserved

Though once belonging to the Dutch, King Charles II granted James the Duke of York the rights to conquer New Netherland, turning it into New York. 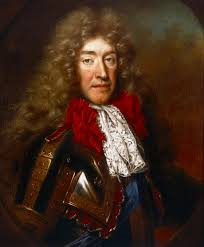 A Melting Pot is Born

The New York colony at first attempted to satisfy both the English and Dutch settlers. While we could have just driven the harsh talking group out, we didn't. Instead our governors did the best the could to allow them to keep their ways and culture. They could keep their houses along the Hudson and we even let them keep their religious ideals, contrary to my opinion. I thought we should just make them all convert. Nevertheless we had no elective seats in council. Without elective representation the good old governors felt they were allowed to do as they wish to raise money. They sounded awful like the King simply charging us for our goods to be produced in the city. I suppose we have to pay for this colony somehow, yet honestly many of us are running thin. Finally in 1683, Mr. James allowed an elective assembly. It didn't really matter though. It seemed like everything our officials proposed, the king shot down. The Charter of Libertyes and Priviledges being a prime example, your highness shot that down. The thing is, it was written on to satisfy us all, English and Dutch alike. We even gave rights to the women! The king said we would have more rights than any other colony. We said WHO CARES?!? Eventually we resorted to fighting amongst ourselves. That king should have just let us govern ourselves. One day, a people will revolt. One day.

Research taken from Of the People.