Nat is using Smore newsletters to spread the word online.

Get email updates from Nat:

A guide through the civil law system

A guide through the civil law system

The first step in the civil law system is to hire a lawyer, lawyers can be hired by either the plaintiff or defendant in order to help in court to settle a lawsuit or other law problems.

A pleading in both the answer and complaint together and helps form the trial. The lawyers at this point will want to help find evidence to support their case, the judge may call both parties to a pretrial conference to help settle the differences and will help prepare for the trial. 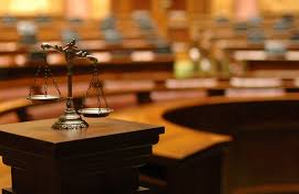 A third party besides the court, plaintiff, and defendant may be called in as an attempt to help settle the legal dispute. This is known as mediation. An arbitration may also be used in which a third party listens to both sides of the argument and makes a decision that is final for both the plaintiff and the defendant.

Nat is using Smore newsletters to spread the word online.