The Weapons Behind the War

The Weapons Behind the War

What Did They Have?

There were many types weapons used in the Civil War. There were swords, knives, bayonets, rifles, Ironclads, cannons, and revolvers for officers. The Colt Army Model 1860 is one example.

The Minie Ball was much more accurate than a traditional musket ball, thanks to grooves (rifling) in the barrel of the gun. These grooves made the projectile spin making it more accurate this along with outdated battle tactics led to massive casualties. Canisters were another deadly advancement, they were were cans filled with shrapnel (glass, nails, etc.) and black powder. These exploded in the air showering troops. 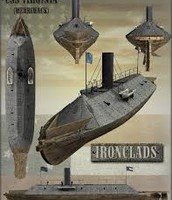 These ships were wrapped in iron and armed with artillery or incendiary shells.

The rifle was the most commonly used weapon of the war.

Bayonets would be attached to the muzzles of riffles. Sabers would be used by officers and cavalry.

The canisters were fired from cannons. Incendiary shells were also used, another type of ammunition was the cannon ball.

This is an officer's sword.

The Minie Ball and rifling made these rifles much more accurate than their predecessors.

Usually a bayonet was used instead of a knife. 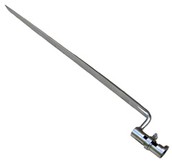 Bayonets were attached to the muzzles of rifles and the rifles would be used like spears.