braden is using Smore newsletters to spread the word online.

Get email updates from braden: 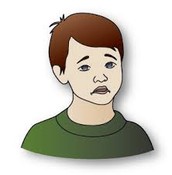 Everybody knows how teens spend too much time on social networks or watching TV, but did you know that social media and TV affect the way teens feel about themselves? TV and social media have been a huge issue in today’s society, ecspecially to teens. Ads seen on TV can affect teens self-confidence by make teens feel like they are not good enough,so teens should really be considering how long they spend watching TV, and considering shortening the time they do.

Ads are made to let people know what is in store and what they might want to buy, not to make teens feel worse about their image. Not are ads only killing kid’s self-confidence but they are also persuading teens to buy stuff to improve their body image. Teens can not buy what they want to buy because of ads that persuade kids to buy clothes to make them look better . Most kids are spending about 16 minutes of advertisement watching. 60% more young women than young men feel unhappy about their body type and physical image due to advertisements on TV. Young women start to feel frustrated with their body type, mostly their body weight. Young women are exposed to images of thin models that have slimmer bodies than they do, which causes them to feel frustrated in themselves. Ads of men with six packs can lower a young teenage boy’s self esteem because he does not have huge muscles or a six pack. Teenage boys tend to use drugs to just to improve the way they look to other people. Young women and men can go through anorexia (where people do not eat to lose body weight). Studies show that teenage boys use steroids to improve body image more than they do sports. Shortening time that teens watch TV can reduce the amount of kids who stress out about their body types due to TV advertisements.

Shortening time of TV watching can reduce the stress put on kids about their body types. Parents need to start being more aware of how long their children watch TV daily. The people who make the ads for their company need to reduce the images that deflect on children. The more ads they put on TV the more kids watch those ads. If the advertisement industry won’t stop the number of ads they put on TV they need to at least stop the number of Victoria Secret ads and the number of abercrombie ads that show images that will deflect on kids. Advertisements can destroy teens self confidence and even teens self concept. 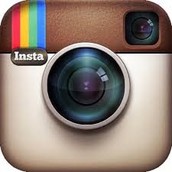 braden is using Smore newsletters to spread the word online.