What i learned in science

What i learned in science

people can see when plates move because when they move they create tsunamis and earthquakes. In the science book the text says that earthquakes and tsunamis are created by plates sliding under each other. Plates grow over time and run in to other plates when two plates run in to each other they slide over or under the other.

When oceanic plates slide in the ocean it can create a tsunami. 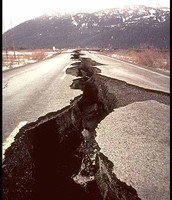 When Continental plates slide it can cause an earthquake.

When oceanic plates slide under the ocean they make the ocean uneven so as the ocean evens itself out it can make huge wave that can wipe out a whole city.

Erosion is the destructive process in which water or wind carries away little fragments of rock. There are three main types of erosion Deposition, Compaction, and Cementation. 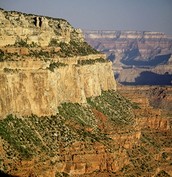 The law of superposition is like a fosil that tells about the past.

Fossils can tell about the past because scientists can tell how long ago the fossil was created. Fossils can also tell what animals lived on the earth long ago.

Are all Fossils the same.

Fossils are like an image of animals that have already died. All animals look different so the fossils could not be the same if you looked closely.

Forms when pieces of rock are pressed and cemented together.

forms when rocks change by heat and pressure. 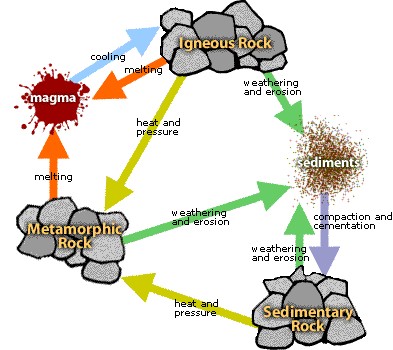 the rock cycle is a cycle that rocks use to make other rocks. the rock cycle keeps repeating and after its over it goes through the cycle again. 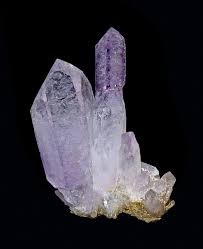 Many minerals come from solutions that are made by mid-ocean ridges. Some minerals are made from magma under ocean ridges. scientists identify minerals by doing many tests including color tests.

What I liked about this activity

this activity was fun because it was something new.