Savana is using Smore newsletters to spread the word online.

Get email updates from Savana:

Is this for real?

Is this for real?

There are several candidates up for election in 2016. The most popular ones include Hillary Clinton, Bernie Sanders, and Donald Trump. But only one person can lead the polls and that person would be Donald Trump. Why Trump? I wish i could tell you. He wants to build a wall to keep the immigrants from coming in. He is mean to women and isn't nice to a lot of different races. What is America thinking? 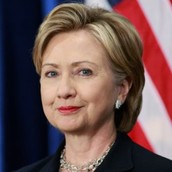 Hillary is in the lead for the Democrats. It would be cool to have a female president but i dont think she is the right person for the job.

Bernie is close behind Hillary. If i had to choose one candidate i would choose Bernie.

Trump is in the republican lead. I think he is in the lead because he is crazy and people like to make fun of him.

How do we fix this problem?

Maybe we just shouldn't have a president? If Trump were to get elected as president thats how it would be anyways right? We have to do something about this! We have to help people understand what Trump would actually do as president. I say we just control ourselves and see what happens. It couldn't get any worse right?

Savana is using Smore newsletters to spread the word online.