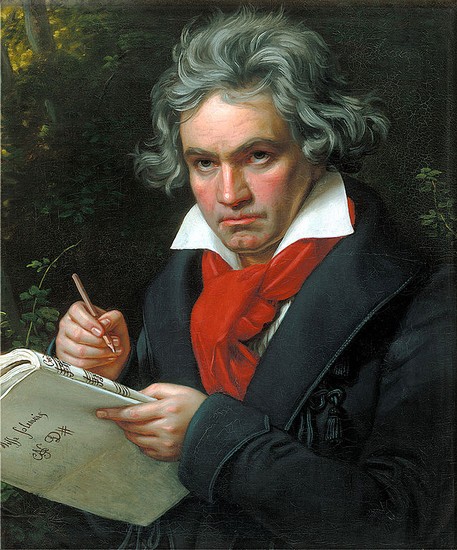 Ludwig van Beethoven was born on December 17, 1770 in Bonn, Germany. His childhood was horrible. He hated his father, Johann, who had a terrible drinking problem but loved his mother, Maria. His father worked as a music teacher to noble children and soon realized that Beethoven had a talent for music. Johann saw this as a way to earn money so he cared for Beethoven's talent. At age 17, Beethoven took a trip to Vienna and played the piano for Mozart who told him he would do great musical things in the world. 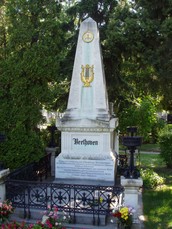 Beethoven died on March 26, 1827 in his room. Beethoven died during a thunderstorm but right before he died he got up and punched the air with a fist then fell dead. His last words were "I shall hear in Heaven". Beethoven's funeral was held on March 29, 1827 in Vienna. Lots of people came to grieve over his death including soldier, priests and citizens.

Beethoven: Symphony No 3 in E flat major, 'Eroica' - BBC Proms 2012 (Daniel Barenboim)
In 1804, Beethoven finished Symphony No. 3 aka "Eroica". Beethoven dedicated "Eroica" to Napoleon because he believed that that Napoleon was against the restricting government. But when Beethoven found out that Napoleon was the Emperor he got so mad that he ripped off the dedicatory title page. Later on, Beethoven dedicated "Eroica" to the memory of a great man meaning that it was only a memory not a great man himself.

Beethoven impacted a lot of lives greatly including mine. He went through an obstacle, being deaf but, he did not let this stop him from his passion, music. Instead he found ways to cope for his deafness. One way was to cut off the legs of the piano so he could feel the vibrations of the pitches. I believe that everyone should hear about Beethoven's story because he inspired me to not let anything get in the way of my passions or goals.