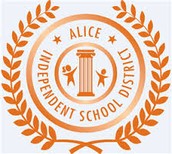 Each six weeks teachers meet together to analyze the Student Expectations (SEs) being taught. They meet with a consultant and discuss what is taught and how to teach it. These meetings are called "Rollouts". Consider this newsletter a "Parent Rollout".

Here are links to the first two six weeks newsletters. Please visit them to access vocabulary you may need. 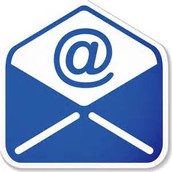 If you'd like to have this newsletter emailed directly to you each six weeks, please send your email to Anna Holmgreen at aholmgreen@aliceisd.esc2.net and mention the Parent Math Newsletter! 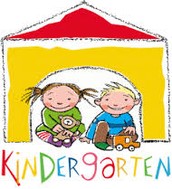 Kinder students have been working with the numbers 1-15. In this six weeks they are introduced to the numbers 11-15.

In the second unit students develop the foundation of operations.

The number being added or joined with another number.

The number from which another number will be subtracted.

A mathematical statement consisting of numbers, an operation and an equality or inequality symbol. 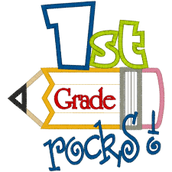 During this unit, students extend their knowledge of the base-10 number system by using objects and manipulatives to form multiple groups of tens and ones up to 99.

During the next unit, students continue delving deeply into the place value system.

An empty number line where tick marks are used to indicate landmarks of numbers. 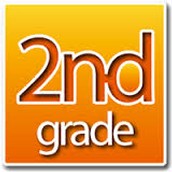 Students analyze attributes of two-dimensional shapes and three-dimensional solids in order to develop generalizations about their properties. Students:

In the next unit, students continue to develop spatial visualization skills. They:

A flat surface of a three-dimensional figure

The side of a polygon where two faces meet.

The point or corner where edges meet. 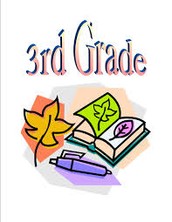 Students work with fractions less than one in this unit. They understand the numerator as the part and the denominator as the whole. This unit works with denominators of 2, 3, 4 6, and 8.

During the next unit, students extend their understanding of multiplication and division and the mathematical relationships between these operations.

The last unit deals with future financial security as students explore how skills and education needed for jobs may impact potential income. They also deal with how scarcity of resources may impact cost. Students discuss decisions related to planned and unplanned spending including the responsibilities of using credit.

The part of the fraction written below the fraction bar that tells the total number of equal parts in a whole or set.

The part of the fraction written above the fraction bar that tells the number of fractional parts being specified.

The dividend is the number being divided. 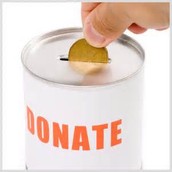 Charitable giving is donating to an organization that collects money, goods, or services to groups in need/ 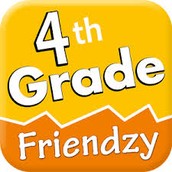 Students relate their understanding of decimal numbers to fractions that name tenths and hundredths, and represent both types of numbers as distances from zero on a number line.

During the second unit, students represent data on a frequency table, dot plot, or stem-and-leaf plot marked with whole numbers and fractions.

Students examine the characteristics of each data representation, as well as compare the similarities and differences between them. This allows students to solve one- and two-step problems using data in whole number, decimal, and fraction form in a frequency table, dot plot, or stem-and-leaf plot. 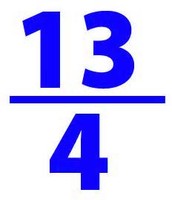 A fraction where the numerator is larger than the denominator 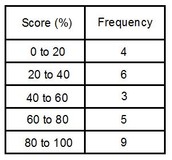 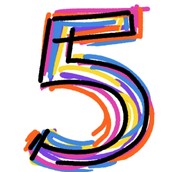 In this six weeks students add, subtract, multiply and divide numbers including whole numbers and fractions.

In the next unit, students represent a product of whole number and a fraction referring to the same whole using concrete and pictorial models, including area models and strip diagrams.

A fraction with one as a numerator.

In this unit they are formally introduced to algebraic expressions.

Coefficient - a number multiplied by a variable (4x - 4 is coefficient)

Constant - a value that doesn't appear with a variable

Variable - a letter or symbol that represents a number 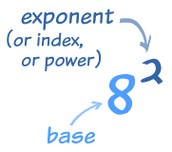 The exponent of a number says how many times to use that number in a multiplication.

It is written as a small number to the right and above the base number.

Decomposing a number to show it as the product of only prime numbers. 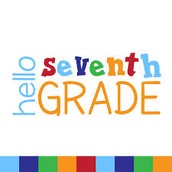 During this unit, students extend concepts of proportionality to two-dimensional figures as they solve mathematical and real-world problems involving similar shapes and scale drawings. Students generalize the critical attributes of similarity which include examining the multiplicative relationship within and between similar shapes.

During this unit, students extend the use of proportional reasoning to solve problems as they are formally introduced to probability concepts.

Having the same size and shape.

Two shapes are congruent when you can Turn, Flip and/or Slide one so it fits exactly on the other.

Complement of an event

The complement would be 3 out of 5.

The fundamental counting principal is about choices and options.

For example, if you have a red shirt, a blue shirt and a green shirt and jeans and shorts, you could have the following combinations:

That is 6 possibilities or 3 shirts x 2 pants.

During this unit, students examine characteristics of linear relationships through trend lines that approximate the relationship between bivariate sets of data.

Observations include questions of association such as linear (positive or negative trend), non-linear, or no association. Students continue to represent situations with tables, graphs, and equations in the form y = kx or y = mx + b, where b ≠ 0. Within a scatterplot that represents a linear relationship, students use the trend line to make predictions and interpret the slope of the line that models the relationship as the unit rate of the scenario.

During this unit, students develop transformational geometry concepts as they examine orientation and congruence of transformations.

Data for two variables---often represented by a scatterplot.

Example: Ice cream sales versus the temperature on that day. The two variables are Ice Cream Sales and Temperature.

Data that can only take certain values. There is no in-between (for example, you can't have half a student). 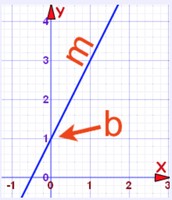 A relationship with a constant rate of change represented by a graph that forms a straight line. 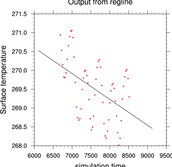 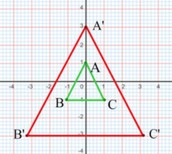 An image that is transformed by either enlarging or reducing, depending on the scale factor.

The common multiplicative ratio between two sets of data.

In the picture, the scale factor from the smaller to the larger would be 2, because the corresponding side on the larger is two times the smaller. 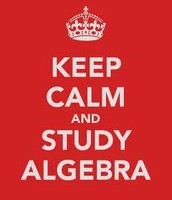 During this unit, students learn multiple methods for writing equations of lines. They also continue their exploration of linear functions focusing on data collection and the analysis of scatterplots, trend lines, and linear correlation. Students make interpretations, predictions, and critical judgments from the functional relationships based on the data.

During the next unit, students are introduced to solving linear systems using concrete models, tables, graphs, and algebraic methods including substitution and combination. Reasonableness of the solution is justified using various methods.

The description between two sets of data.

The line that best fits the data on a scatterplot.