Out-of-hospital deliveries represent a small minority of EMS calls but the number of these calls is on the rise. It is difficult to maintain proficiency of skills when you encounter a situation so rarely. Most deliveries are uncomplicated and go as outlined in the video above but complications are possible so let's review.

There were nearly 60,000 out-of-hospital births in the U.S. in 2014. While most occurred in home settings, 18,000 were in birth centers; freestanding, homelike facilities designed for the midwifery model of pregnancy and birth.

The reasons leading to an out-of-hospital midwife calling 9-1-1 can vary based on protocols and state laws. Midwives are educated and skilled in difficult births and emergencies that can arise during pregnancy and delivery, but there are times when help is needed. While 9-1-1 can be called for almost any emergency that arises, four common reasons include: seizures of any kind (eclampsia), a prolapsed cord, postpartum hemorrhage, and newborn respiratory distress.

Seizures can occur in any birth setting and during pregnancy, birth, or postpartum. In this case EMS would be needed immediately. Magnesium sulfate is typically the first-line agent for acute treatment and prophylaxis of seizures in eclampsia and pre-eclampsia.

Prolapsed cords are rare but can happen in any birth environment. EMS assistance may be needed in moving and positioning the patient or possibly starting an IV. Based on state laws, some midwives carry terbutaline to slow labor.

Hemorrhaging after delivery is not an uncommon hazard. If the midwife has maxed out the protocol for Pitocin, Methergine, Cytotec, and fluid resuscitation, a call for help would be in order. If you have Pitocin in your med box, use it.

Newborn respiratory distress when the baby is not responding, will require your help. Skills such as umbilical cord cauterization or initiating IOs for certain meds will not be part of midwives’ protocols.

Our Doc Spot addresses some other complications to keep in mind when answering these uncommon calls. 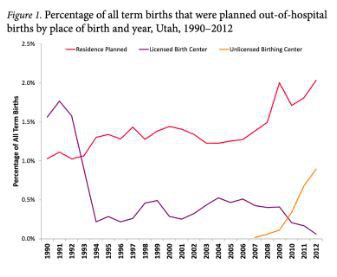 In the early 1900s, nearly all births occurred outside the hospital, generally at home. This number fell to 1% nationally by 1969 (Utah Department of Health, 2014). Between 2000 and 2015, planned home births in Utah increased by 46% which places Utah in the top five states nationally for out-of-hospital births.

Nationally, 1.4% of U.S. births occur in an out-of-hospital setting, as compared with Utah at 3.2% statewide. While women who plan out-of-hospital births are less likely to smoke, are at a healthier weight prior to pregnancy, and have five or more prior births, they also tended to initiate prenatal care late into pregnancies and had obstetric risk factors. Approximately 6.6% of planned out-of-hospital birth attempts result in transfer to a hospital facility. In Utah, there are five different types of midwives with varying levels of training and ability to provide medical care (listed below). Unlicensed direct-entry midwives (UDEM) may not use medication except oxygen (this includes no vitamin K and other perinatal medications). 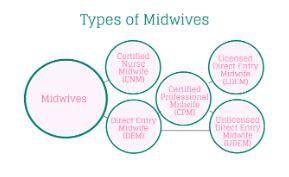 What the studies show-

A study done in Utah between 2010 and 2012 showed the rate of neonatal mortality among infants who were delivered in the hospital was 1/1,000 live births. In comparison, the neonatal mortality rate among those delivered at home was 2.3/1,000 live births. This study is consistent with a large meta-analysis which demonstrated a neonatal mortality rate of 2/1,000 live births from home deliveries and 0.9/1,000 live births in hospital deliveries. Another supporting study from the New England Journal of Medicine in 2015 showed similar rates. Obstetrical procedures (induction of labor, augmentation of labor, C-section) were more common among women who had planned in-hospital births. The thought is that some women who plan in-hospital births are slightly higher risk at baseline. The New England Journal article showed higher rates of depressed 5-minutes APGAR score, neonatal seizures, and maternal blood transfusion.

While most deliveries are successful, being aware of potential complications is very important when providing care to neonates. One of the most common complications seen in the neonatal period is hypoglycemia. This can be corrected by breastfeeding the baby or providing intravenous fluids containing dextrose, depending on the severity of the hypoglycemia. Neonatal injuries from birth can include brachial plexus injury, facial paralysis, and fractures. Brachial plexus injuries may occur when there is difficulty delivering the baby’s shoulder (shoulder dystocia) and is clinically apparent when there is decreased arm movements of the neonate. Facial paralysis can be seen when pressure on the neonate’s face causes injury to the facial nerve. This can resolve on its own or may require surgery. Clavicle fractures are the most common fracture during delivery and healing occurs quickly. Meconium aspiration is a relatively common complication secondary to the aspiration of dark green, sterile fecal material into the lungs causing respiratory distress. Depending on the severity, these neonates may require invasive oxygen support. Due to birth trauma, some infants will develop collections of blood on top of their scalp. There are three different types of bleeding, based on location as seen in the figure below. A caput succedaneum is a bleed that can cross sutures lines and does not require intervention. A cephalahematoma is collection of serosanguineous fluid limited by suture lines. A subgaleal hemorrhage can lead to significant blood loss, as it is not limited by the suture line and occurs from the rupture of emissary veins. One thing to consider with any neonatal bleeding is whether the neonate received vitamin K at birth, as some midwives are not licensed to give it.

Neonates are at risk for infection and any neonate who is not appropriately responsive, does not have appropriate oxygen saturations, can’t maintain appropriate glucose levels, or who is having respiratory distress should be brought to the hospital for evaluation. In a neonatal transport, it is critical to keep the infant warm and dry. Neonates may require respiratory support with a CPAP during transport if their respiratory effort is diminished. I recommend taking the Neonatal Resuscitation Program course for detailed and specific information on providing care to neonates. 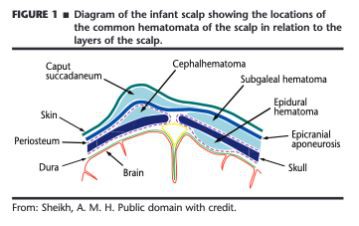 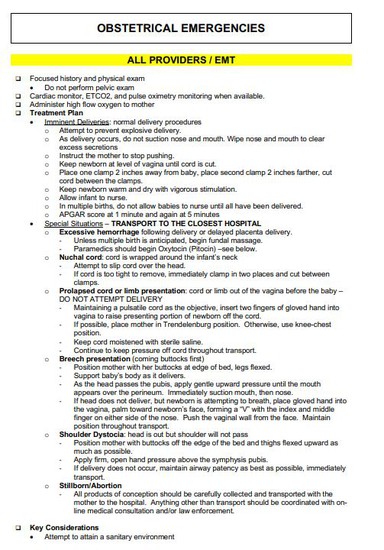 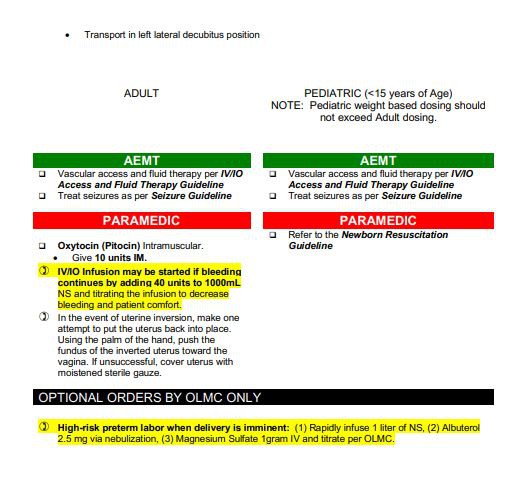 Do you have a question for our EMSC Medical Director, Hilary Hewes, MD, PCH, ER Attending Physician about this newsletter topic or anything pediatric related? Shoot an email to the address below and look for her response in our next newsletter.

News from National EMSC and the Children's Safety Network

CPSC and NIST Team Up to Demonstrate Holiday Decorating Hazards 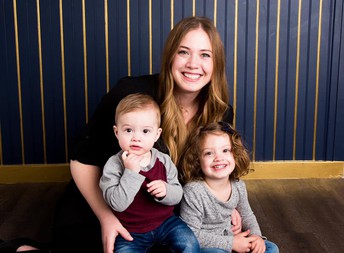 Hi! My name is Brianne Glenn, the new EMSC Program Manager. I'm excited to join the EMS community and even more excited to focus on children. I'm the mother of two young kids and I value knowing I can trust Utah's first responders to care for my family when we need them.

So why am I here? I earned my BS from the University of Utah with an emphasis in Emergency Management in 2011 and my Master's of Public Health from Westminster College in 2014. I've worked in healthcare settings across the Wasatch Front for clinical, non-profit, and research organizations. While I was on the medical path in college (phlebotomist, CNA, EMT-B) I recognized I wanted to provide better care for our community from a systems, policy, and education perspective (those who can't do, teach. Right?).

I am an advocate for a collaborative government in which public, private, and community groups work together to achieve a lot more than we could on our own. I believe Utah has a culture of community, preparedness, and accountability which makes us one of the strongest EMSC programs in the nation. I look forward to working with all of you to continue building on the great work that has already been done.

I currently live in Bountiful with my two children, 4-year old Ruby and 18 month old Camden. We enjoy exploring outdoors and reading in bed. I love cats, cat memes, wine, wine memes, and spending time with my friends and family (mostly).

Pediatric lectures for EMS. Face time with PCH attending physicians. These lectures occur on the 2nd Monday of each month from 2-3 p.m. You may attend in person or watch the webinar. It will qualify for pediatric CME from the Utah Department of Health Bureau of EMS and Preparedness. Access at https://intermountainhealthcare.org/locations/primary-childrens-hospital/classes-events/petos/

During the period of transport, critically ill neonates and children are at risk from disease, injury, therapy, and the transport itself. This risk can be minimized by good communication between the referring and receiving caretakers, careful evaluation and management, anticipation of complications, and a well-equipped and well-trained team. This two-day course provides a comprehensive approach to clinical issues related to neonatal and pediatric transport. Register at https://intermountainhealthcare.org/locations/primary-childrens-hospital/classes-events/neonatal-and-pediatric-transport-conference/?utm_source=primary-childrens&utm_medium=vanitydomain&utm_campaign=transport
Get Directions