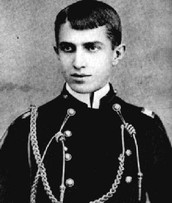 He born in Newark, New Jersey on November 1, 1871, produced works that have been credited with establishing the foundations of modern American naturalism. He died at the age of 28 on June 5, 1900 in Germany. Stephen Crane was the 14th and last child of writer/suffragist Mary Helen Peck Crane and Reverend Jonathan Townley Crane, a Methodist Episcopal minister. Raised by his older sister Agnes. 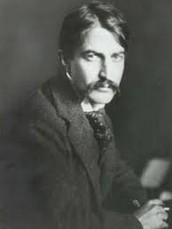 Stephen Crane was a 19th-century American writer best known for his novels 'The Red Badge of Courage' and 'Maggie: A Girl of the Streets.' His Civil War novel The Red Badge of Courage (1895) realistically depicts the psychological complexities of battlefield emotion and has become a literary classic. He is also known for authoring Maggie: A Girl of the Streets. He moved to Paterson, New Jersey after spending less than 2 years as a collage student at Lafayette College in Easton, Pennsylvania, and then at Syracuse University in upstate New York, with one of his brothers and made frequent trips to nearby New York City, writing short pieces on what he experienced there. Crane truly embarked upon a literary career in the early 1890s when he moved to New York and began freelancing as a writer, coming to work for the New York Tribune. Living a bohemian lifestyle among local artists, Stephen gained firsthand familiarity with poverty and street life, focusing on writing his efforts on New York's downtrodden tenement districts, particularly the Bowery

After an armistice was signed between Greece and Turkey in May of that year, Crane and Taylor left Greece for England. Crane had continued to write, publishing George's Mother in 1896, The Third Violet in 1897 and Active Service in 1899, but mostly negative reviews of every novel since Couragecaused his literary reputation to dwindle. Despite Courage being in its 14th printing, Crane was running out of money partially due to an ostentatious lifestyle. On top of his financial troubles, Stephen's health had been deteriorating for a few years. He had contracted everything from malaria to yellow fever during his Bowery years and time as a war correspondent. In May 1900, Stephen, along with Cora Taylor, checked into a health spa on the edge of the Black Forest in Germany. One month later, on June 5, 1900, Stephen Crane died of tuberculosis at the age of 28, the same age at which his sister Agnes had passed. 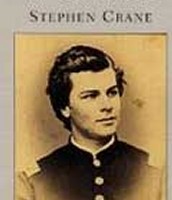 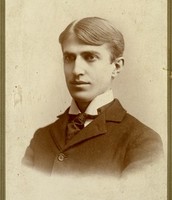 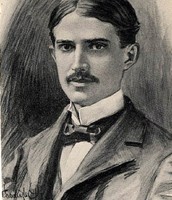