Cidney is using Smore newsletters to spread the word online.

Transitioning into an American

Transitioning into an American

Monica Rosales was born in Mexico and immigrated to America at the age of 4 years old. She came to America with her two parents and 3 other siblings. She has lived in America for most of her life and has adapted to the American lifestyle rather easily due to her arguably early start in America. She is now 45 years old and has made a life of her own as an American adult. She is married with 4 kids, including myself, has a stable job, and she lives in a beautiful home in a great city with her family. 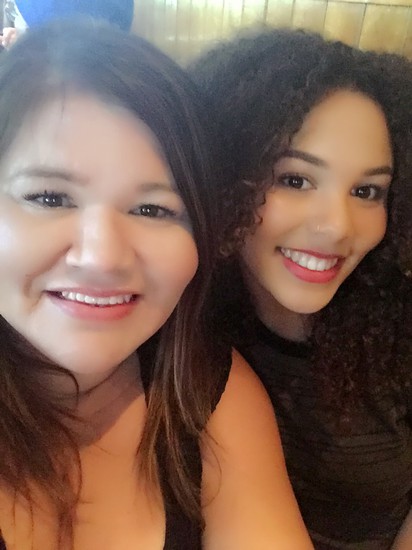 Monica's move to America started in the early morning on a cold day. Her father who is an American citizen came to Mexico and took her, her mother, and 3 siblings in a pick-up-truck to cross the border. Back then regulations weren't as strict and it was easier for people to cross over without documentation especially for children. On the way over the pick-up-truck broke down in the middle of the night which delayed their trip for a few hours as they had to sleep in the truck while their father tried getting help to continue their journey. They slept in the truck cold, and tired with little comfort and space until the pick-up-truck was fixed the next morning when they continued their drive over the border into America.

Life in America for Monica was a whole new experience. In Mexico she lived very poorly and had less opportunities to live a great life. Coming to America she noticed that a lot of things were different. There was better sanitation, less danger, more resources, and an overall better environment to live in. The reason that she and her family came to America was for better job and education opportunities, but her family had to make some sacrifices coming to America by leaving behind other family in Mexico, memories, and their native language which is Spanish.

Monica's new life in America required some adaptations and learning in order to fit in with the rest of the American society. Living in a small two bedroom backhouse in East LA where Monica had to share a bedroom with her 3 other siblings was not ideal conditions but was good enough to begin adjusting to the American culture. Her family had to learn English which is their second language. This was difficult especially for her parents being that they had been speaking Spanish for all their lives. The good thing was that since Monica was still young, developing the English language was a bit easier for her but it required that she took special classes at school and sometimes it meant that she felt isolated or confused because of the language barrier she had between her and other kids at her school. This made things tough when it came down to homework because her parents couldn't help her being that they didn't know English. This language barrier created a lot of issues in her lifetime particularly with her mother who struggled to learn English and still today knows little English. Sometimes having to get a translator was necessary or her family dealt with being judged, treated differently, or seen as inferior because of her parents accents and broken English. Despite the challenges her parents continued to live their lives and pursue the American lifestyle. Her father worked every day and her mother stayed at home taking care of the kids. They had to make other adjustments as well to follow the American lifestyle such as her mother learning how to drive and getting used to the diversity in America that they weren't used to seeing in Mexico.

Life in America has had its ups and downs for Monica but she believes that it has been an overall good experience and she's concluded that it is a better country to live in and doesn't wish to go back even if she had the opportunity to.

During the late 1800s and early 1900s there was a rapid growth in urbanization in American cities which was mostly due to immigration and industrialization. Cities were packed with immigrants seeking work and living spaces. City life did not have the best conditions though. There was poor housing, crime, unsanitary conditions, pollution, disease, and more. Despite these conditions people still continued to live there for better job opportunities. Similarly, although East Los Angeles wasn't the best city to live in when Monica and her family moved to America, it still provided a space to live and opportunity for work and schools. The living spaces in the cities during the early 1900s were often dark, crowded tenements where multiple families livid in. Monica's living situation was also tightly-packed in the small backhouse her and her family lived in.

Another similarity between this time period and Monica's story is the process of Americanization during the early 1900s. Americanization was a process during that time where immigrant school children were taught English and aspects of American culture in order to mix them into the American society, Monica went through a similar process as a young immigrant because school was where she learned how to speak and write in English and was exposed to American behaviors. Similar to the dominant Hispanic population in East LA where my mother lived as a young immigrant, during the early 1900s immigrants settled into neighborhoods that were separated into ethnic groups which paralleled their homeland due to the common language and religion in that neighborhood. This was also the case for my mother's neighborhood in East LA due to the abundance of Spanish speaking people that lived in that area. 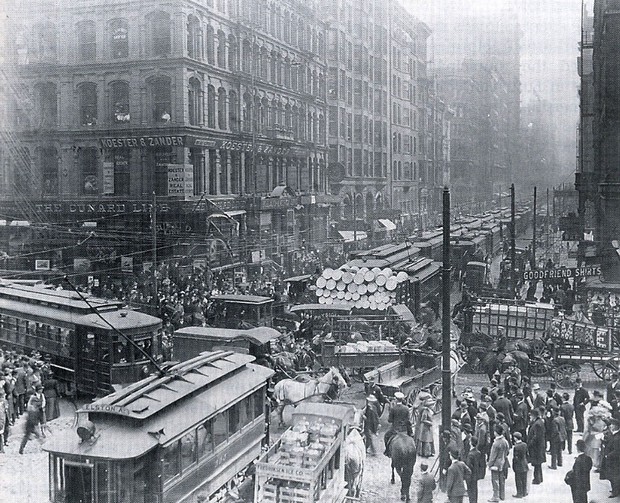 Cidney is using Smore newsletters to spread the word online.