Zaydia is using Smore newsletters to spread the word online.

Get email updates from Zaydia:

a poster on Mitosis by Zaydia Ellis

a poster on Mitosis by Zaydia Ellis

What is Cell Division?

Cell division is the basis of life itself; it is how animals grow and reproduce. When cells divide, two daughter cells are produced from one mother cell. Each new cell has exactly the same genetic material (DNA) as the cell that produced it. This process is called Mitosis.

Why is Cell Division Important? 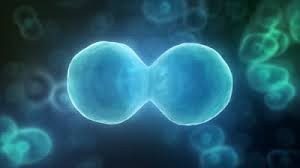 How Does Mitosis Work?

There are five steps in mitosis. 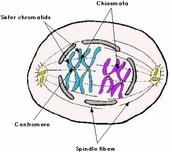 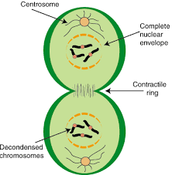 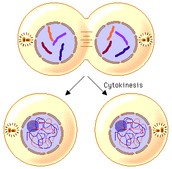 What is the importance of this?

Cell division research expected to lead to containment of cancer cells and regenerative medical treatments. Since cells and cellular division is the basis of all life the research in that area is creating different ways to deal with different diseases such as cancer. With out this research things like chemotherapy and other medicines would not be available for people illnesses.

What Research is Being done Now?

Cells use a tiny machine called the mitotic spindle to share genetic material equally between cells when they divide. But when this process goes wrong it can lead to cancer. In one lab, researchers are interested in how the spindle divides up genetic material accurately.Anti-cancer drugs have been developed which target the mitotic spindle and destroy dividing cells in tumors. But these drugs have significant side effects. In Their lab, Dr. Royle is trying to understand how the mitotic spindles work in order to develop drugs that are more targeted and have fewer side effects. Dr. Royle along with the lab at the University of Leicester, have recently described how the proteins in the TACC3–ch-TOG–clathrin complex bind to one another. In turn this led us to understand how the complex binds to microtubules. By taking out the TACC3 protein, the clathrin loses its function and is no longer able to create some of the bridges that bind the microtubles.

Zaydia is using Smore newsletters to spread the word online.