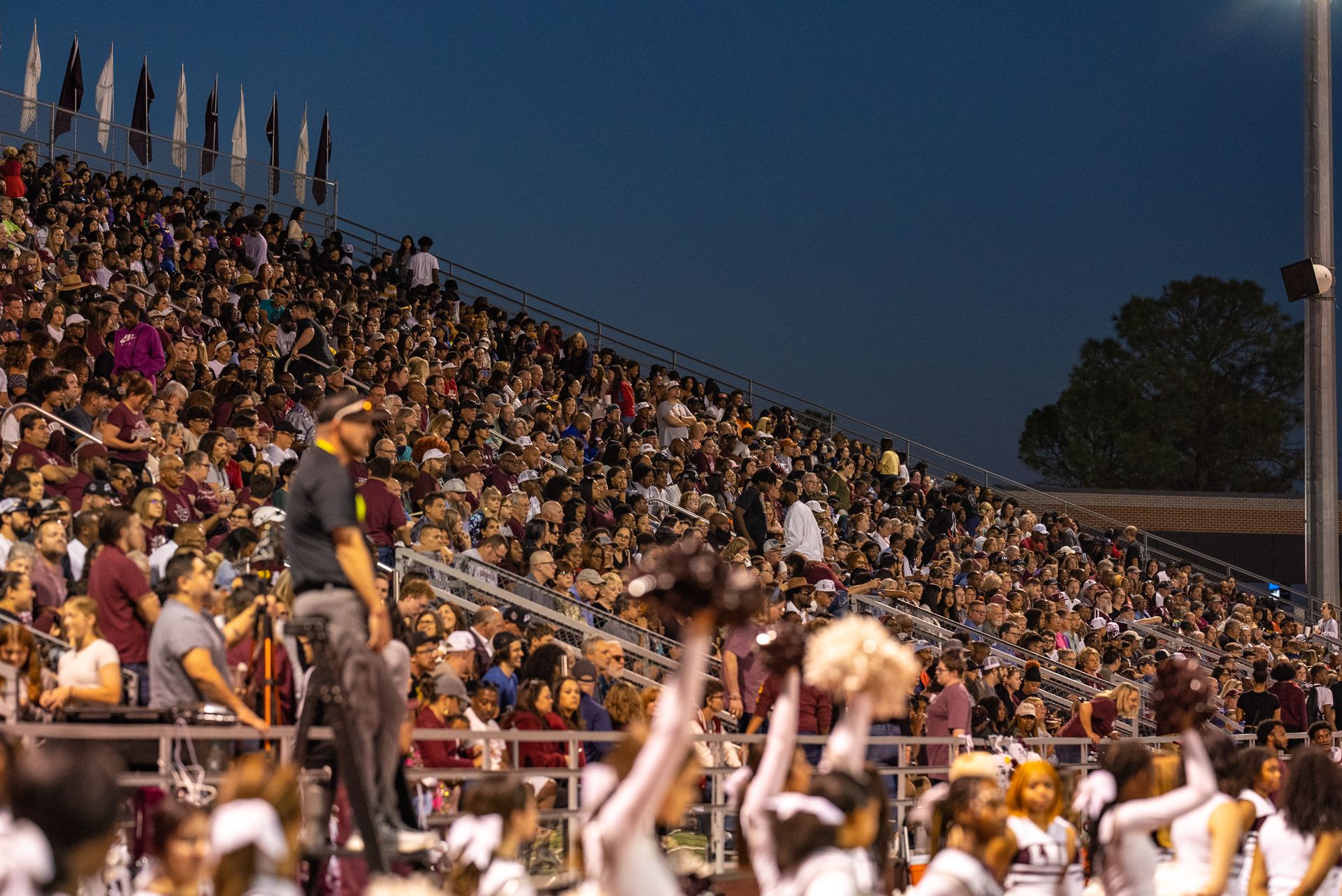 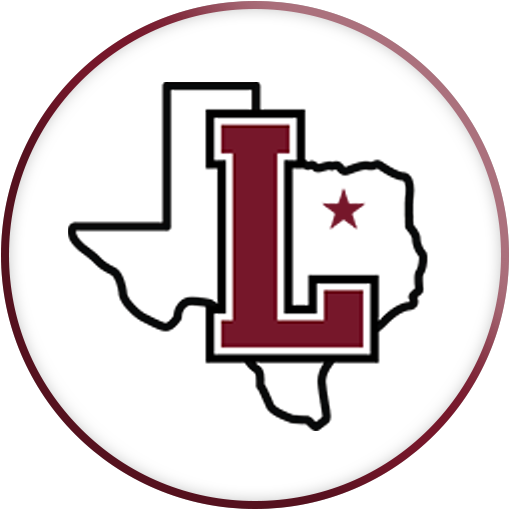 As a part of this year's One LISD theme, our district is more committed than ever to bringing our communities closer together. One way we plan to do so is by sending newsletters to each feeder pattern throughout the 2022-23 school year. Our hope is that these newsletters give you a glimpse into the great things happening at LISD schools and inform you of any upcoming community opportunities.

We had a blast celebrating Homecoming with the Lewisville community. This year's theme was "Big John's Big Vacation," and staff and students dressed up accordingly. The LHS feeder pattern participated in various events throughout the week including a parade, pep rallies and of course Friday's Homecoming game.

To read more about the festivities, click HERE. To see all of our photos, visit the Lewisville High School Facebook page. Go Farmers! 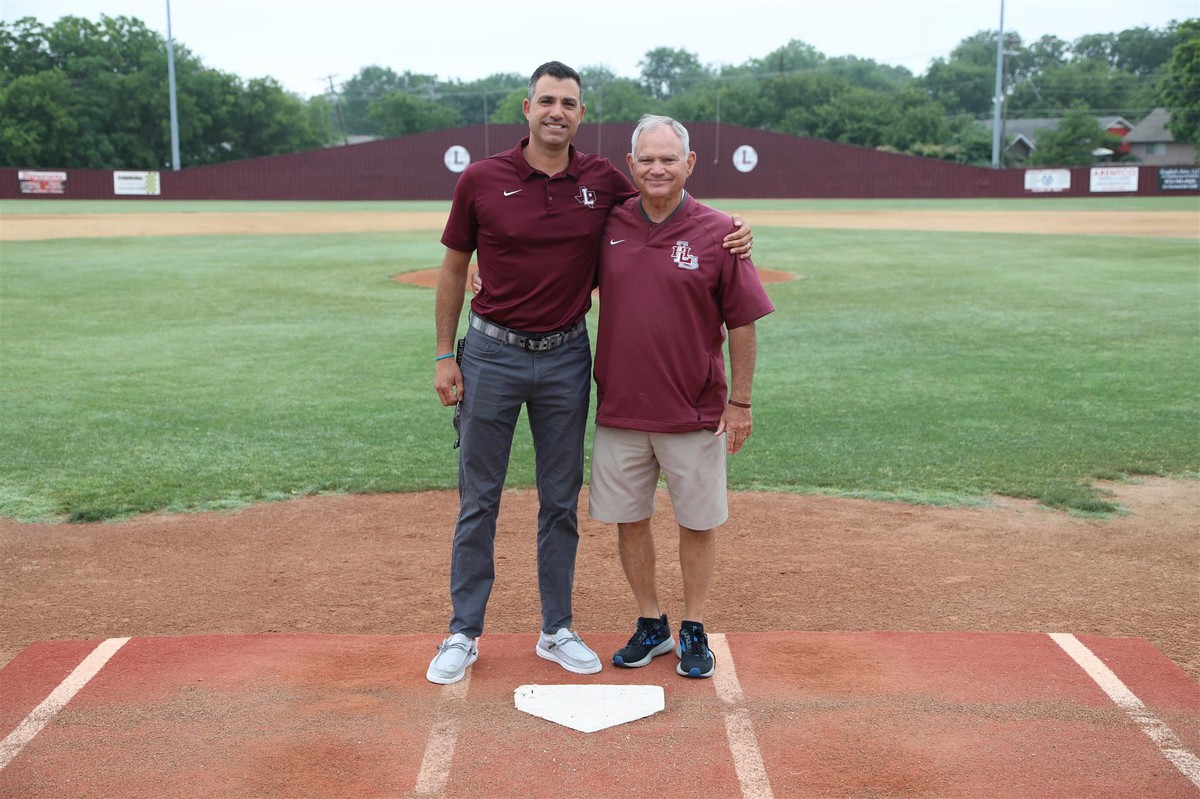 When Mike Campbell retired in 2021 after spending 47 years as the head baseball coach at Lewisville High School, district administration didn’t have to look far for its new skipper. Later that summer, Mike’s son Stephen, then-head coach at Irving High School, was named the successor to the Fighting Farmer program his father led for nearly five decades. Stephen was coming home. Stephen has always had Fighting Farmer blood in his veins. Starting as a bat boy and later a player, Stephen grew up on the field his father spent his entire career on. From playing catch together in the outfield, to looking up to the man he idolized by helping mow the grass and chalk the lines since he was eight years old, the job Stephen always wanted was his. “It’s always been on my mind to have this job,” Stephen said. “It’s been 15 years in the making as far as my career with all the jobs I’ve taken to eventually get here at Lewisville High School. It’s my second home.” READ MORE 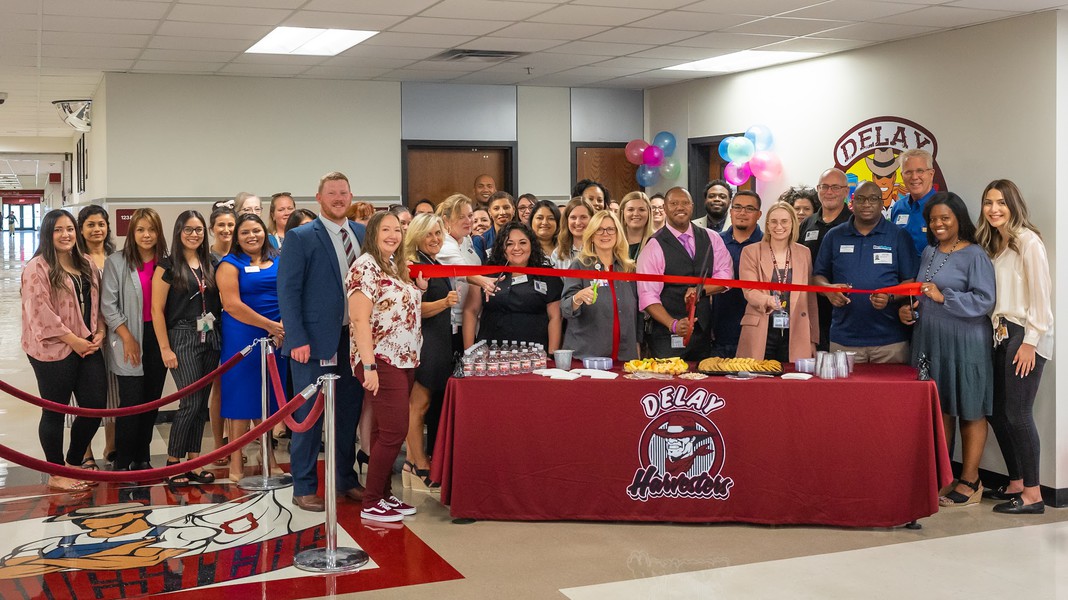 DeLay Middle School, one of Lewisville Independent School District’s 15 middle schools, recently hosted a ribbon-cutting ceremony for the campus’s kindness store. The store, which was featured on The Drew Barrymore Show in 2021, is designed to assist families based on identified needs. Each family will be provided a predetermined amount of “points” which will be used as currency to purchase items from the store, which will open once a week for families to shop or receive curbside pick-up service. Campus staff and leadership have rallied around the idea, developing branding for the store and hosting a competition to establish a name. The winning name, Harvey’s Haven, was selected from former ELA teacher William Daly’s advisory class. READ MORE 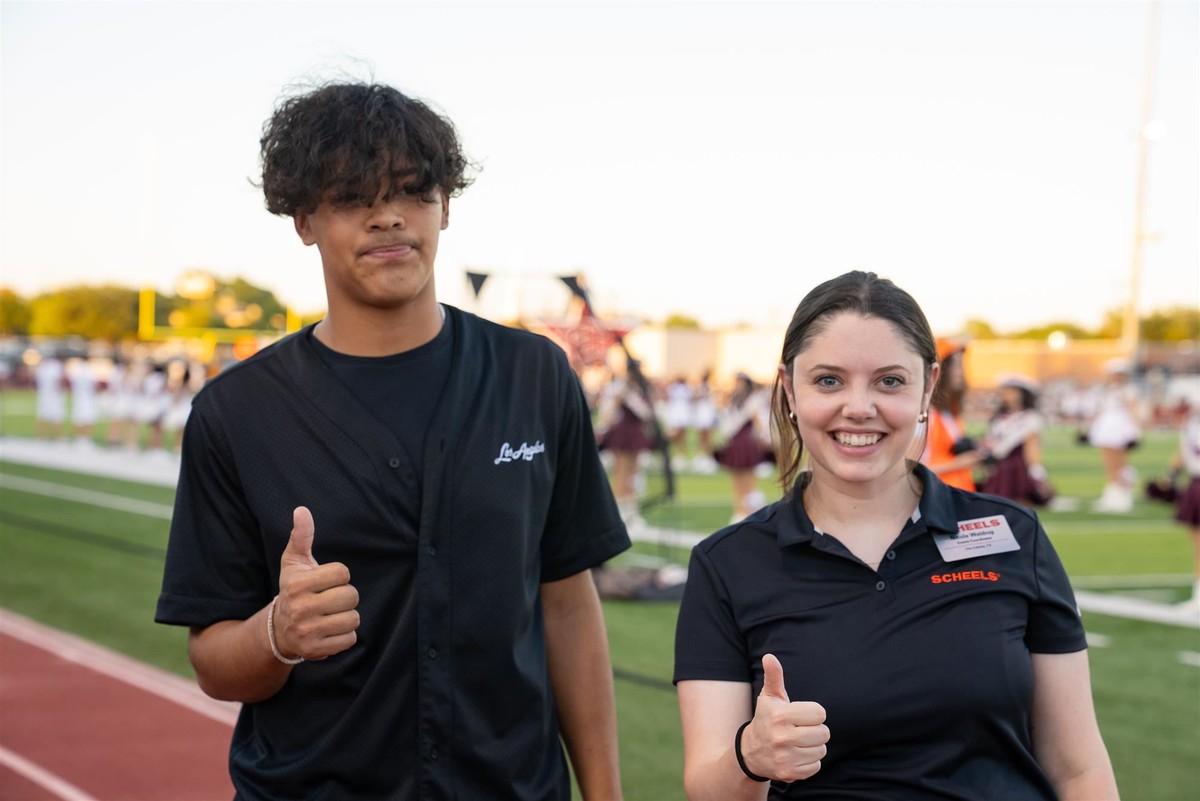 Angel Reveles is an eighth grader at Durham Middle School and plays football. In just his second year playing football, Angel has excelled on the field and in the classroom. Angel is also a team captain that’s voted on by his teammates. “Angel became a leader for the team on and off the field,” Durham coach Robert Black said. “Angel is a very positive and happy person and is always able to find good in any situation. He is a role model for our student body. His hard work, commitment and positive attitude are what makes our school so special. I am not sure what Angel will do when he gets older, but whatever it is, I am positive he will be very successful.” READ MORE 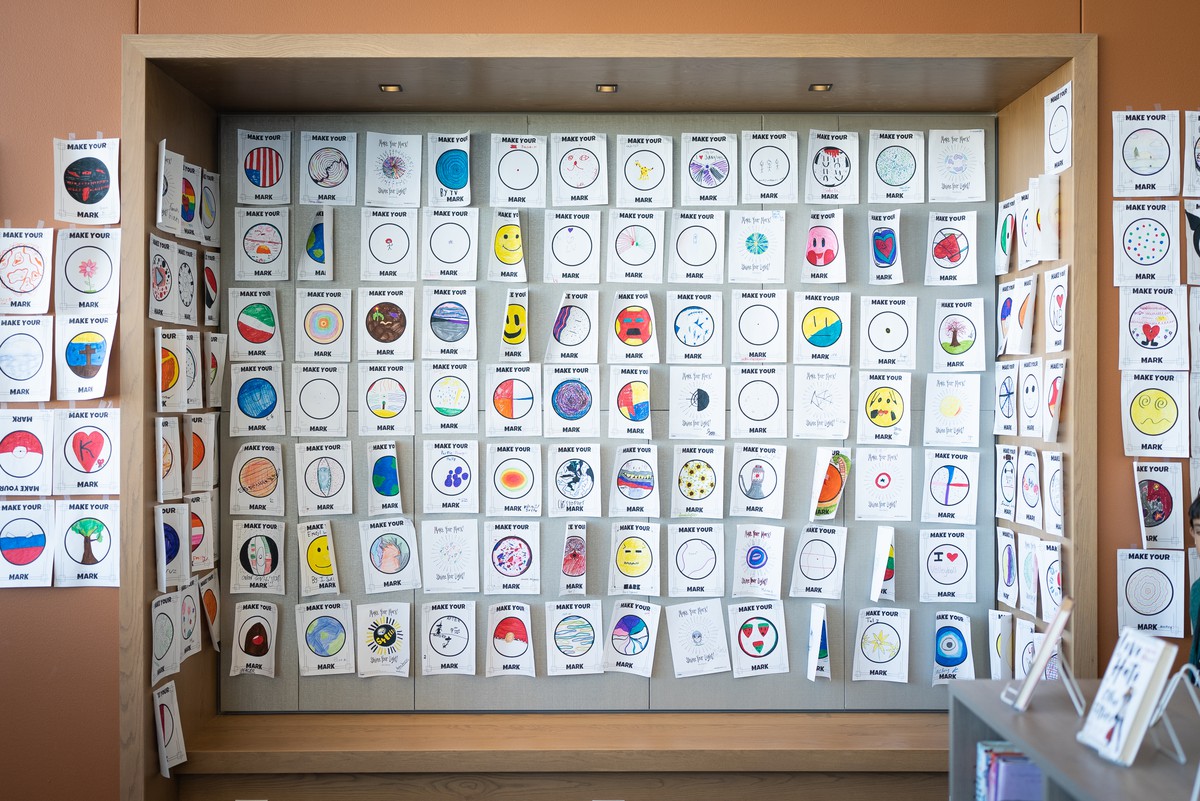 Hedrick Middle School students celebrate International Dot Day in a big way this year. The day is a global celebration of creativity, courage and collaboration, and Wranglers created over 850 dots to commemorate the occasion! SEE MORE 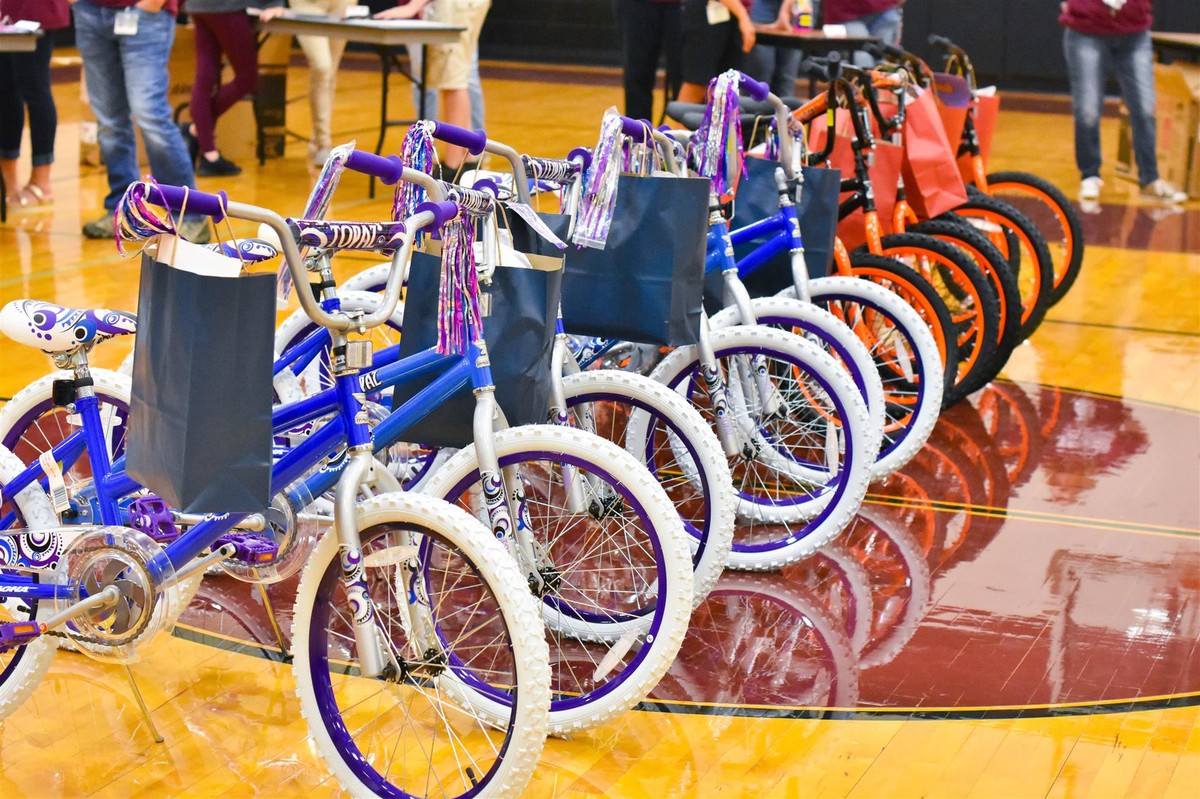 This summer, the staff at Huffines Middle School took team building to the next level. Before they welcomed students back to campus, staff participated in a Build-A-Bike activity led by the Leader’s Institute. The goal of Build-A-Bike is to help participants bond as they work on a common goal, constructing bikes for children who need them. For HMS Principal Stephanie Gore, this lesson is key to a successful school year. “Teachers are learning how to trust each other and communicate with each other,” she said. “We have lots of new teachers and new faces, so we’re really working on building a solid foundation.” Teachers and staff were divided into groups to begin their work, and each group performed an individual cheer routine to pump each other up. This resulted in a contentious cheer battle between two teams. READ MORE

As Miss Texas, Averie spoke to our students about being kind and used her platform to talk about how to GROW. Give Kindness, Respect Others, Open Mind, Welcome Differences. SEE MORE

The students were commended for acting responsibly and safely when they encountered a classmate who needed help. SEE MORE

It was a great first day at Central Elementary! It was so exciting to welcome all of our Cowboys and Cowgirls back to campus! SEE MORE

From the beginning, Lewisville Independent School District has committed to ensuring all students have the resources they need and want to ultimately thrive in a future they create. Visit Best Schools in Texas for more information about joining the LISD family. Need this update in a different language? Visit LISD.net/translate.