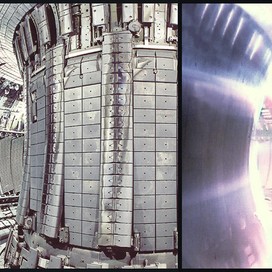 Dhyey is using Smore newsletters to spread the word online.

Get email updates from Dhyey:

Toronto is a rapidly growing center of commerce and the biggest problem it faces is over population. Though there are high rise building in Toronto, the prices are skyrocketing!

The City in the lake is an ideal solution for over population and can also solve problems such as fuel shortage and global warming.

The city in the lake is located just off the coast of Toronto in Lake Ontario. The only way to get to the city is by boat or ferry. Though it is cut off it is completely self sustaining.

The city produces it's power with a wind farm on the roof, tidal turbines in the bottom of the lake and it is covered with photovoltaic cells (solar cells). The city also has it's own fusion reactor that produces power using fusion between hydrogen cells just like the sun! All the power sources are completely Eco friendly and do not produce any co2 emissions which helps reduce global warming.

Aquaponics is a method of cultivating both crops and fish in a controlled environment. The fish are kept in tanks, and the plants are grown hydroponically -- meaning without soil. They sit in beds, but their roots hang down into a tub of water. When fish live in tanks, their waste builds up in the water, and it eventually becomes poisonous to them. But what is toxic for fish is nourishing for plants. So with aquaponics, the fish waste water from the fish tanks is funneled to the tubs where the plants dangle their roots. When the plants absorb the nutrients they need from that water, they basically cleanse it of toxins for the fish. Then that same cleansed water can be funneled back into the fish tanks.

Be sure to come and check out the amazing model homes on February 29, 2016! The open house will include a tour through the homes and a chance to go into the design studio to design your own dream home!

Dhyey is using Smore newsletters to spread the word online.