Minette is using Smore newsletters to spread the word online.

Get email updates from Minette: 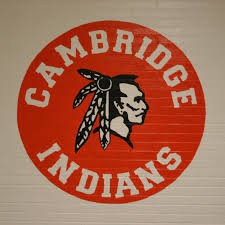 Author Dale Christopher, son of sports writer Matt Christopher, visited Mr. Phillips' 4th Grade Class in the Elementary Library on May 15 with a film crew! Mr. Christopher is making a documentary about his famous father. The students listened to Mr. Christopher's stories about his father and his father's books and were able to ask follow-up questions. How exciting to be part of movie magic! 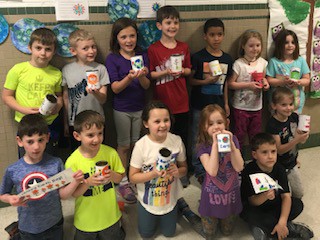 by making pencil holders out of tin cans

In my opinion I think that schools should give students a longer recess. There are reports that say that recess can improve a child’s memory and focus. Most kids like to hang out at recess, but they feel like they don’t have enough time. When kids have recess it can make them more physically active too.

The Centers for Disease Control and Prevention (CDC) and SHAPE America did a report in America and the report said that recess can improve a child’s memory and focus. Recess can also make students more engaged when they’re learning in the classroom. Chris Lineberry is a principal at Stanfield Elementary School in Arizona, and he let students have two recess periods every day. He said that he noticed “A deeper level of student engagement in the classroom” after one year of extra recess.

Having recess can make kids more physically active. Having recess can also make kids more healthy and can prevent obesity. Having more recess time would also allow us to burn more energy which means that kids could focus better in class. Also, most kids play a sport during recess, so that is also making you more healthy. If we get more recess time that would mean that we would have more time for sports at recess so our bodies would get healthier.

These are my reasons why I think that schools should have more recess. Recess can improve a child’s memory and focus. Most kids feel like they don’t have enough time to hang out with each other at recess. Having recess makes kids more physically active and can prevent obesity. 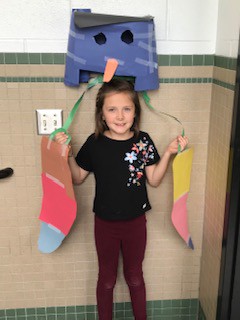 Above: Layla Honyoust, 1st Grader, with her Earth Week project made out of recycled paper:

a bird hat that you can wear and pretend to be a bird! 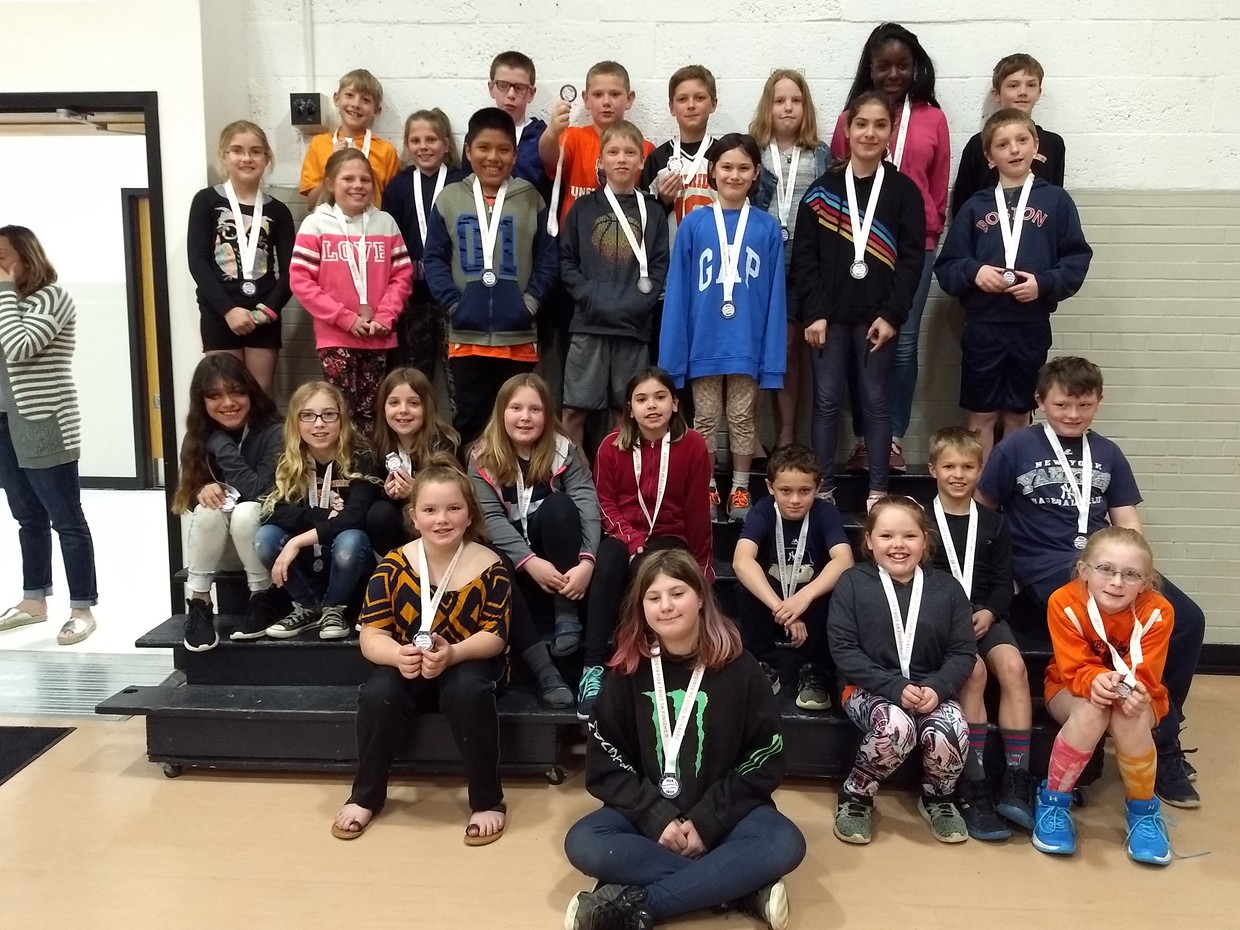 The Fourth Grade Running Club coached by Mrs. Smith and Mrs. Lauzon-Fahy (above) recently ran to raise money for Parkinson's. Participants raised almost $1800, which they donated to The Michael J Fox Foundation for Parkinson's research. Each runner received a 5K finisher medal from the organization. Many runners completed at least a 5K, running continuous laps for over an hour. Way to go, 4th Graders! 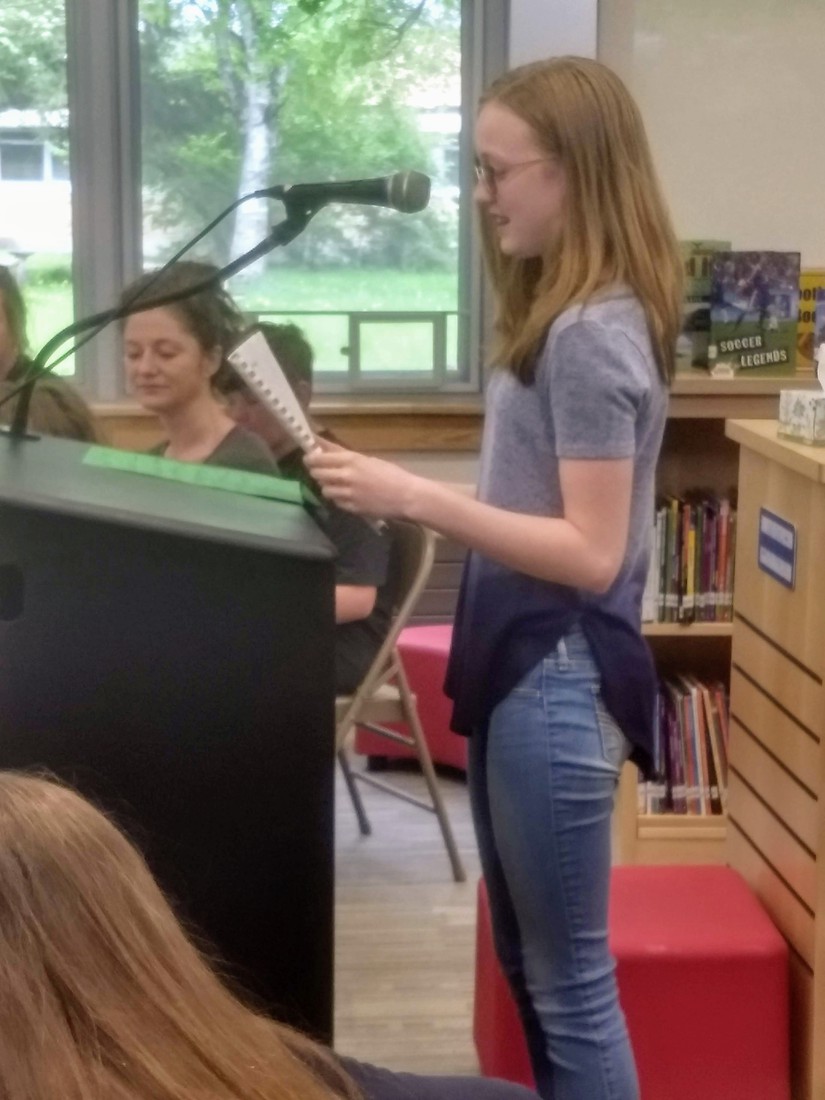 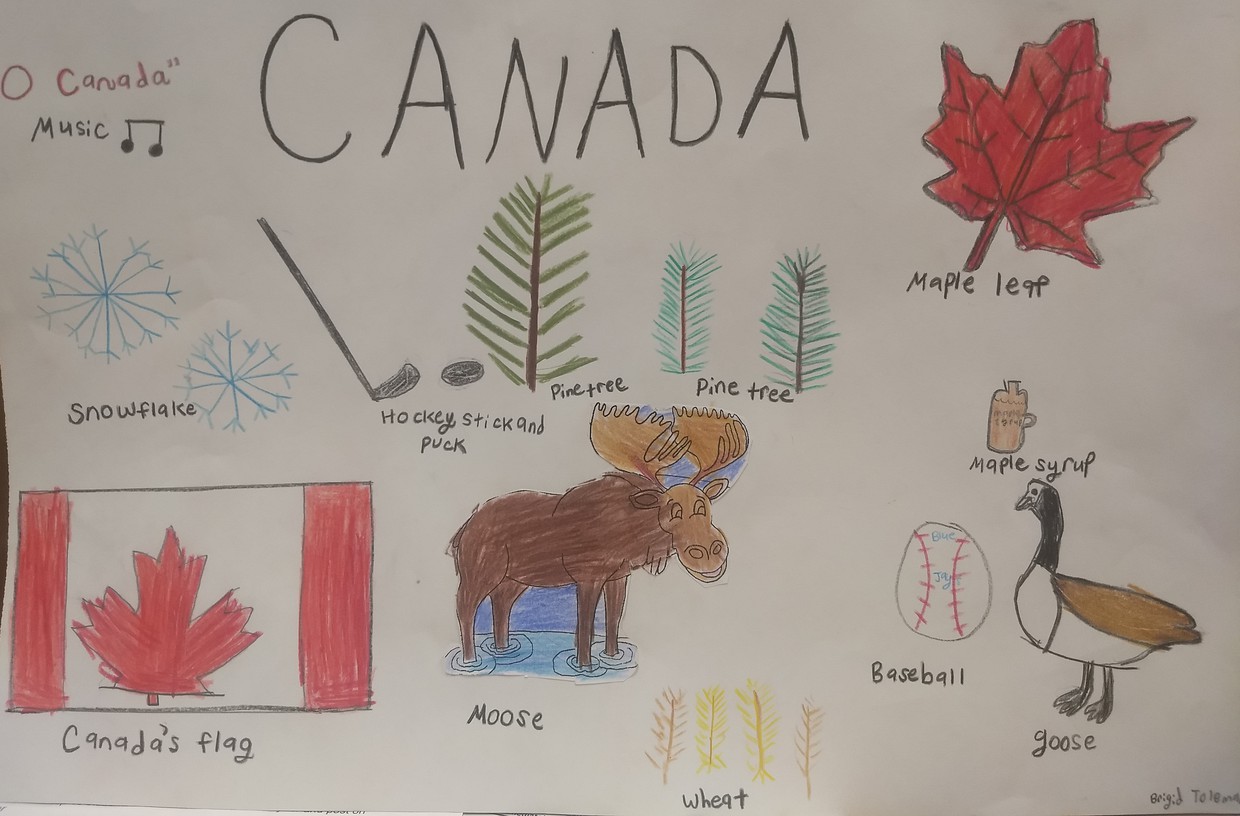 On Wednesday the 5th grade went on a field trip to Hildene. The first place we went to was the Pullman porter presentation. We learned that the porters and slaves worked and cleaned and brought people their luggage. They only got paid $27.50 for 400 hours a month. Also they didn’t get a lot of sleep each day. They had to remember and follow all of the rules. Then we did role-play, and some people were the porters and brought people their luggage. They also brought them tea and food. When the guests were done with their luggage the porters picked them back up. The porters were given tips.

The next place we went to was the mansion. Robert Todd Lincoln and his family lived there. In the house there was a total of 24 rooms. There was a big piano and when there was parties, Mary would play. Also in the backyard there is a garden that Mary wanted to look like the church glass windows. There was a kitchen where the butler worked and cooked, he also talked to people on the phone. The house also had five chimneys. If any family members wanted anything they could press a button and the slaves would bring whatever they asked for.

The next place we went to was the Pullman Car Sunbeam. The car could fit 18 passengers. It also had 18 beds. The train cost $ 20,000 to find , and $ 1,000,000 to repair. There was two bathrooms in the train. The Porters would put up the beds and also make them. They also brought the people their luggage when needed. They would also polish the guests shoes. People could be on the train for a week or more. There were buttons on the train if anyone wanted anything. There were also bunk beds on the train. I enjoyed the trip to Hildene !

Below: Isaak Koopman's illustration of the Hildene Pullman train car 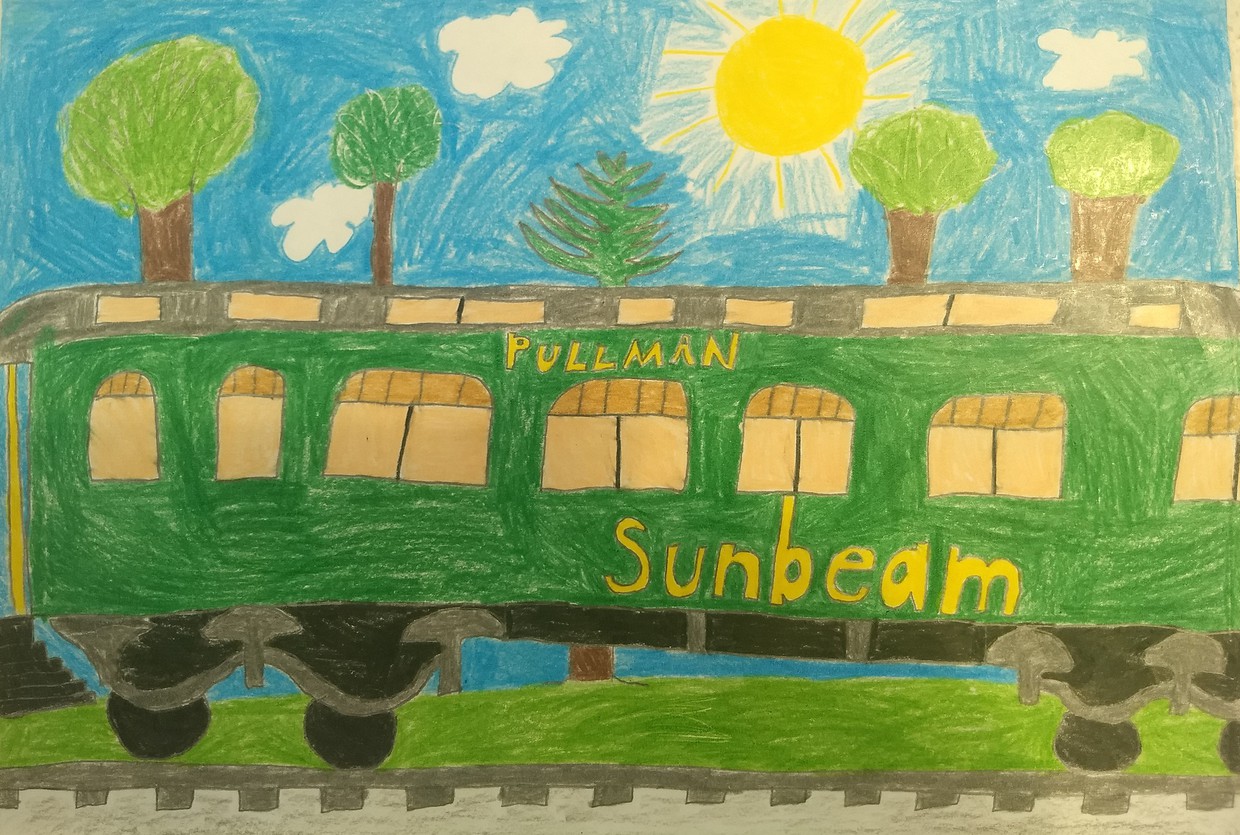 Below: The 2nd grade enjoyed learning about biodiversity in the rain forest of French Guiana with Mr. Romack. He showed us many interesting plants and animals of the region. We were surprised about how much they are dependent upon one another. 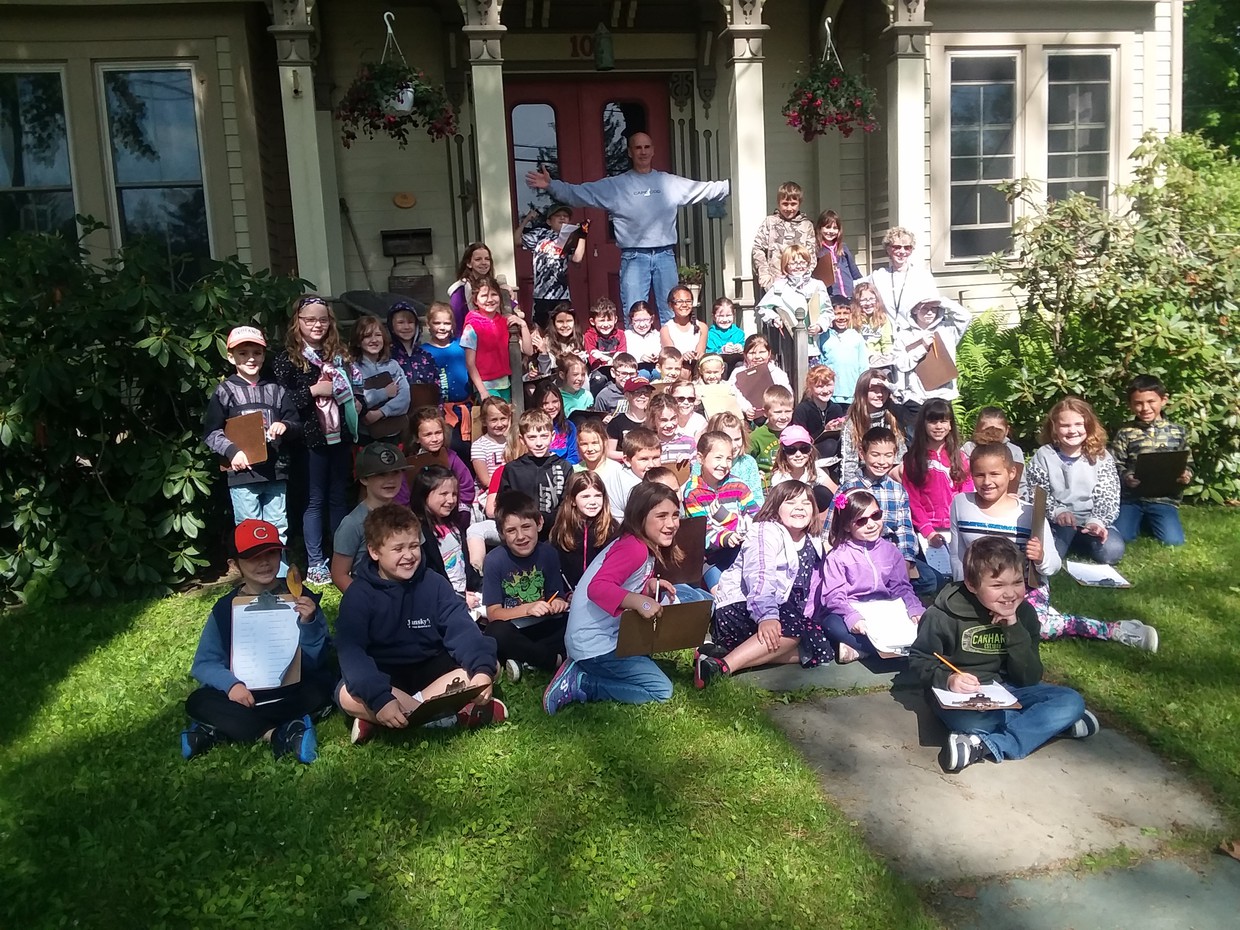 Second graders enjoyed a walk around town to look at many places (above). We stopped by to see Mr. Bell! Afterward, we made bookmarks of the places we saw. We donated them to the Cambridge Public Library and Battenkill Books for our community project.

By Hayden Kvinlaug and Isabelle Galipeau

These are the flowers we made for our moms and they really liked them. First, grab a green sheet of paper big or small. Next we folded the green paper. Then, we cut strips but not all the way. Last we rolled it up and we stapled it. Before we did all the steps we finger painted the flowers. Finally we folded the stems. Then we glued the finger-painted flowers to the stem. Then we put a poem around the stem. Thank you Mrs. Rondeau!

Below: Mrs. Bell's 2nd Grade with their flowers! 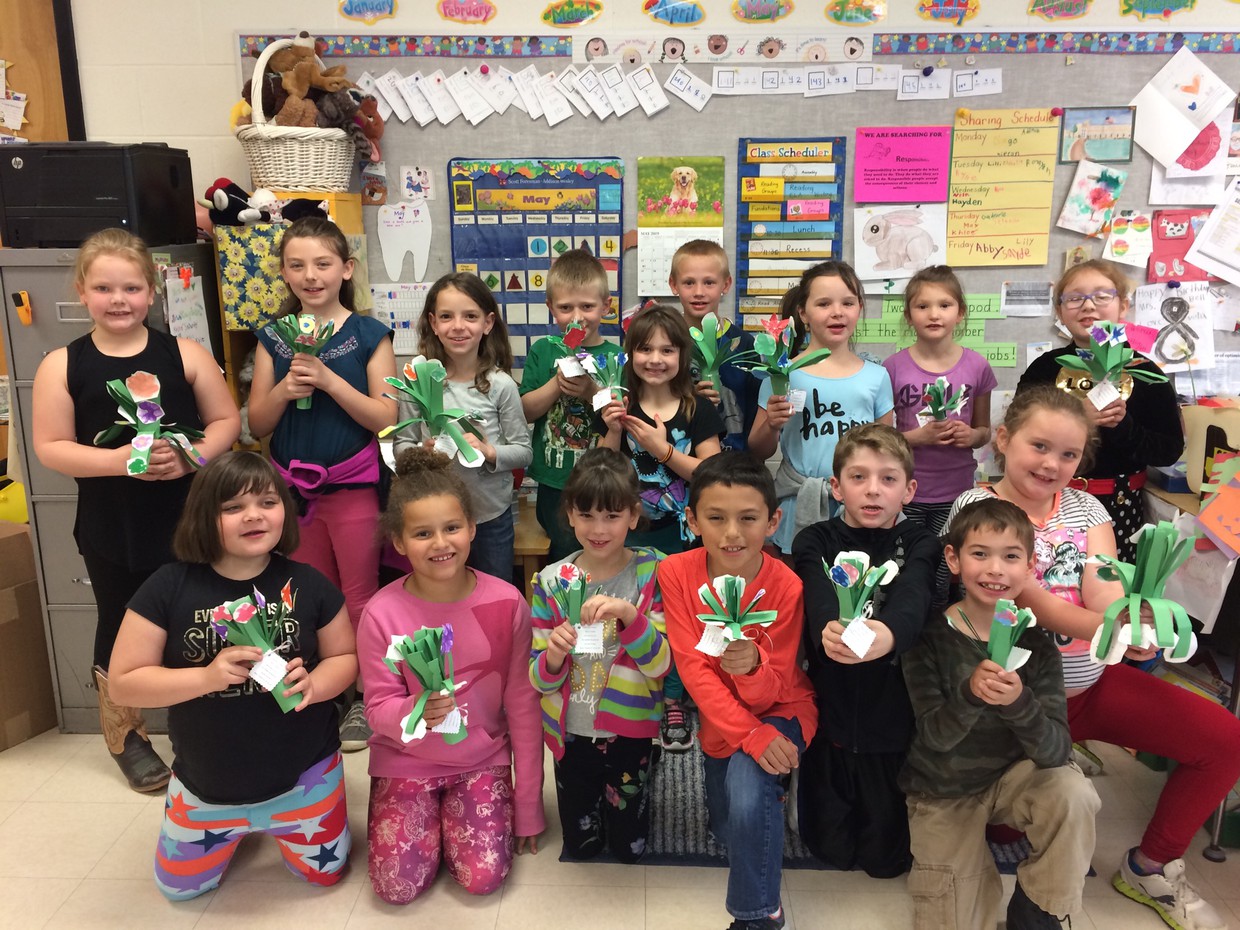 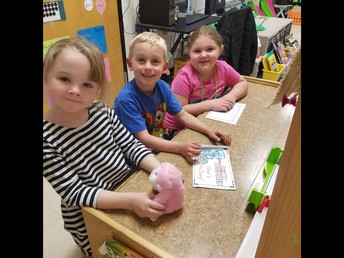 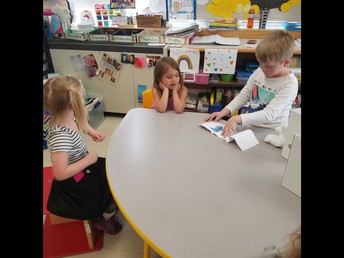 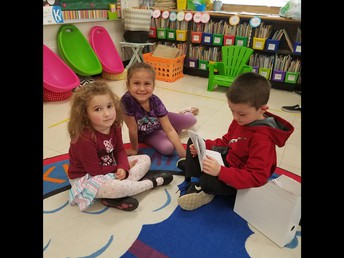 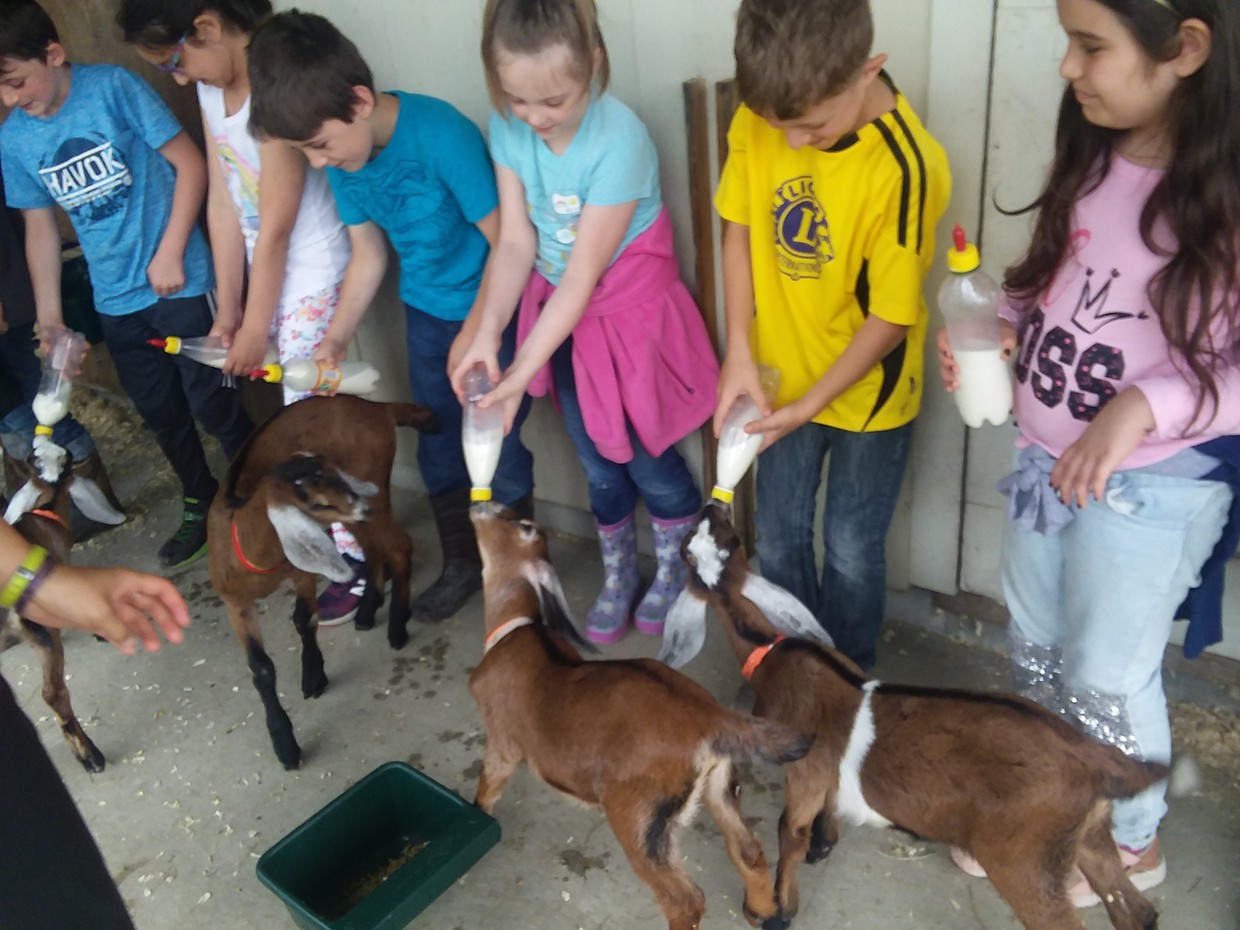 Above: Oh what fun second graders had learning about goats on our trip to Hildene! We also were able to net insects from a shallow pond and sort them. We had a great time!

Minette is using Smore newsletters to spread the word online.