Get email updates from Jimmy:

What is a volcano?

A volcano is mountainous structure made of rock with a cylindrical crater straight through the center of the volcano where magma, rock fragments, ash, hot vapour and gas lay dormant until there is an eruption. Volcanoes usually form when two tectonic plates react with each other. The word 'magma' changes to the word 'lava' whenever the molten rock is above ground.

The word 'volcano' comes from the ancient Roman god named 'Vulcan' which means fire. The study of volcanoes is called vulcanology. 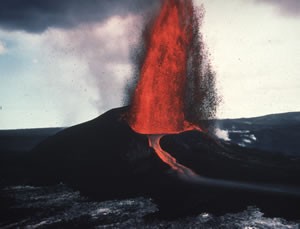 Tectonic plates lie on the lithosphere(soil) and are the basic building blocks that make up the world. Pressure from the mantle below it stirs it even more and can cause catastrophic events. The formation of volcanoes are due to the these activities of plate boundaries which only move a few centimetres a year, over time many things can occur such as, earthquakes, volcanoes, mountains and tsunamis. There are two different types of plate boundaries regarding the area it is on. For example, the continental plate, which as the name suggests a plate where a continent is located, and the oceanic plate. 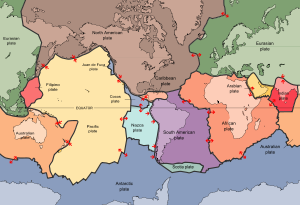 Each colour represents a different plate.

The Formation of Volcanoes

Whenever one tectonic plate slides under another, ocean water rushes toward the gap where potential magma from the mantle could be. Magma reacts violently to water, and whenever it touches it, the water usually evaporates almost immediately. Over a bit of time, the shape of the volcano will start to form and cool. 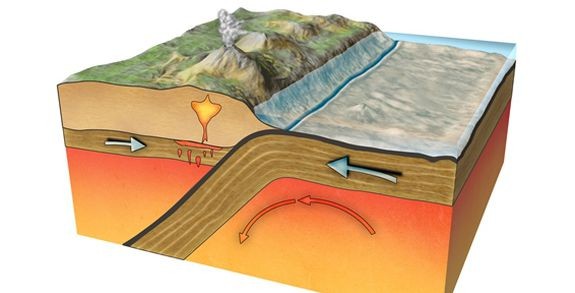 There are three main types of volcanoes.

Shield volcanoes are completely made up of fluid magma. It has been deemed reminiscent to a warrior's shield, hence the name Shield volcano. The shape of this volcano is due to the low-viscosity magma.

Dome volcanoes have a circular molded shaped protrusion near the peak of the volcano. Because of this shape, lava that flow out from the mantle doesn't usually go very far. 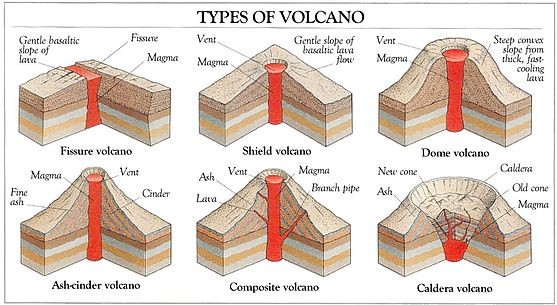