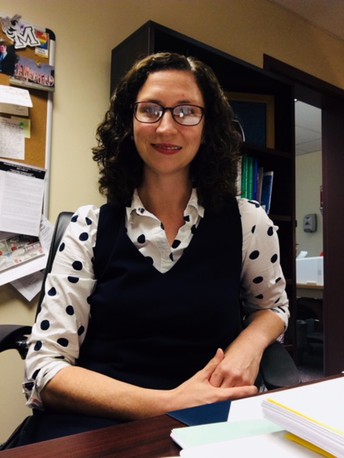 From the Principal's Desk...

Though graduation is months away, I would like to go ahead and highlight a key change regarding gown color for our seniors: this year and moving forward, we're going all green!

Uniform gown color is strongly recommended by the Department of Education, and this is a move that many high schools in our area have already made. In addition, we'd like to have seniors wear all green as a show of unity since we gather to celebrate the collective successes and efforts of the senior class as a whole. This change also represents a return to old tradition since prior to the early 1980s, all MHS seniors wore green gowns to the ceremony.

Seniors are welcome to decorate their caps appropriately as an expression of individuality for the ceremony- this will be our third year decorating caps, and they look fantastic!

Thank you for your support. Graduation planning is already underway, and I am looking forward to a wonderful ceremony at the XFinity Center in June.

We are distributing Teacher Conference Forms to all students today- sign up to visit teachers on December 4th (12-2:30) and December 5th (12-2:30; 6:30-8:30). In addition, Q1 report cards will be distributed on Monday, November 18th during Homeroom. Please be sure to ask your child both for the conference form and the report card in the days to come.

The National Honor Society induction ceremony will take place on Thursday, November 21st, at 7PM in the Auditorium. Congratulations to our new inductees- all family and friends are welcome to attend.

Come out this weekend to enjoy the fall play, "The Curious Incident of the Dog in the Night-Time" (see details below)! Bentley will be playing a cameo role and the new Bentley calendar will be on sale. Come out to support our great cast and crew!

Finally, best wishes to our Varsity Football Team as they take on Natick tomorrow night in the MIAA playoffs- ticket sales begin at 4PM (at Natick) and Kick Off is at 5PM. Go Hornets!

Have a fabulous weekend!

The Annual AFL-CIO Scholarship Program is in its 62nd year. Through the scholarship program, the Massachusetts AFL-CIO is honored to continue a long tradition of helping students continue their education as they work toward creating bright futures.

The Massachusetts AFL-CIO scholarship program awardees receive between $500 and $16,000 towards their education. Over 40 unions, central labor councils, area businesses and charitable trusts from across Massachusetts participate in awarding scholarships that total nearly half a million dollars. Unions in Massachusetts have given close to $10 million in scholarships since 2000. About 1,500 students take the exam annually to compete for a scholarship.

Support the junior class by participating in The Class of 2021’s Yankee Candle fundraiser! From now until January 8th, 40% of all proceeds from purchases made on www.yankeecandlefundraising.com with the group #999995606 go directly to MHS’s junior class. Yankee Candles make great gifts for family members and friends over the holidays. Yankee Candle will ship directly to your house, and orders over $100 ship free!

The sophomore class is looking for your help!

We are currently selling Mansfield umbrellas as a fun and fashionable way to raise money! Funds raised will go directly to the class of 2022 and will be used for future events. We appreciate your support and thank you for contributing to the class of 2022! Items can be found by going to https://www.customink.com/fundraising/mhs22 . All orders must be placed by November 15th and items will ship the first week of December.

Thank you in advance for your support!

THE CURIOUS INCIDENT OF THE DOG IN THE NIGHT-TIME.

Mansfield High School Drama Department to present the play, THE CURIOUS INCIDENT OF THE DOG IN THE NIGHT-TIME

On November 15th & 16th at 7pm, Mansfield High School drama students will perform the 2015 Tony Award Winning Best Play, THE CURIOUS INCIDENT OF THE DOG IN THE NIGHT-TIME based on the novel by Mark Haddon, adapted by Simon Stephens.

The New York Times hailed this thrilling play as “a phenomenal combination of storytelling and spectacle”.

At seven minutes after midnight, fifteen year old Christopher Boone (Zachary Morrison) finds his neighbor’s dog, Wellington, stabbed to death on the front lawn. Christopher, fearing that the police are suspicious of him, goes on a mission to find the real murderer. He interviews his neighbors, keeping track of the facts in a special book for a school project. Although Christopher is highly intelligent when it comes to math and science, he has difficulty interacting with strangers and gets overwhelmed by loud noises. Moreover, he abhors human touch and has a terrible fear of strangers. Having never traveled beyond his own block, Christopher anxiously ventures out to the city streets of London to discover the truth about Wellington and about family secrets his parents have hid for years.

This production contains strobe lighting, high intensity lighting and video effects, as well as loud sound effects. The play is suitable for children 12+.

General admission tickets will be available at the door, forty five minutes prior to curtain, at Mansfield High School $10 for students and $12 for adults.

Check out the fantastic cast below!

Did you know that the Battle of the Bulge was fought primarily in Belgium? Or that the word nonplussed means to be perplexed? Or that Mauna Kea in Hawaii, measured from its underwater base, is the tallest mountain in the world? The Mansfield High School Quiz Show team knew these answers and many more!

The qualifying competition for 80 Massachusetts high schools took place at WGBH studios in Brighton on October 20th. Mansfield was one of 17 schools to qualify for the televised WGBH High School Quiz Show Tournament hosted by Billy Costa. Taping will take place in late January and the tournament will be televised on WGBH in the spring.

Dia de los Muertos (Day of the Dead) is a Mexican holiday held annually on October 31, November 1, and November 2, to honor those who have died. Dia de los Muertos honors the dead with festivals and lively celebrations, and has been highlighted in recent years in popular movies like "A Book of Life" and "Coco."

One of the traditions is to create an ofrenda, a collection of objects placed on a ritual display during the celebration. An ofrenda, which may be quite large and elaborate, is usually created for an individual person who has died and is intended to welcome them back. In Sra. Johnson’s class, Spanish 2 students researched, collaborated and created ofrendas for a variety of people, from Walt Disney, Bob Ross, Freddie Mercury to Stan Lee.

In Senora DiBiase’s class, students created milagros, small metal charms carried for protection and good luck. The word milagro means “miracle.” In the not too distant past, these small charms, often depicting arms, legs, praying people, farm animals and a wide range of other subjects were typically nailed or pinned to religious icons or other sacred objects, or hung with little red ribbons or threads from altars and shrines.

Students created their own milagros which depict love, honor, patriotism, remembrance, or indegenious animals from other countries. Mr. Harding, Art Department Chair, demonstrated how to make the charms from aluminum.

Thank you, Art Department, for collaborating with the World Language Department! 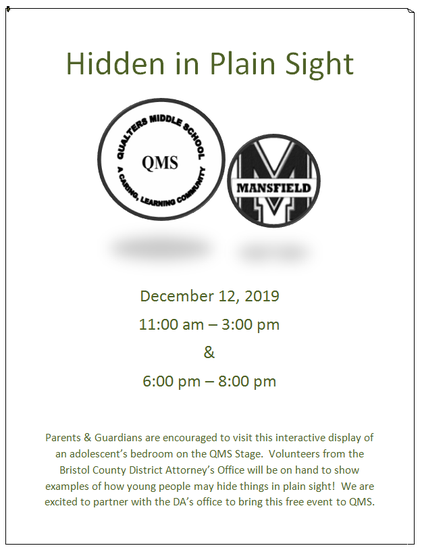 In order to better ensure the safety of all students and staff by more closely regulating who accesses the building before and after school hours, school-wide building supervision for students will begin promptly at 7AM and end at 3PM.

Please provision for your child to arrive at school no earlier than 7AM since they will not have access to the building. Students walking to school or being dropped off who may need to wait a few minutes prior to the doors opening should dress appropriately for cold weather.

Thank you for observing these hours as we work to reduce risk and increase safety for all. 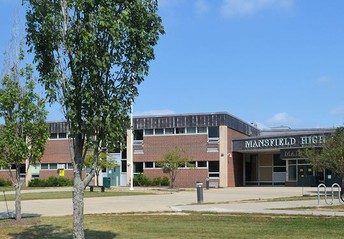 Key Dates for Your Calendar 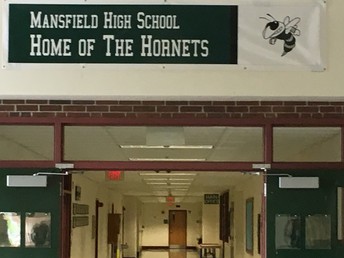 All bus transportation information, including forms and routes, is available on the District Home Page. Please click here: Bus Transportation. 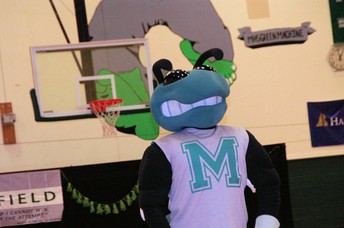 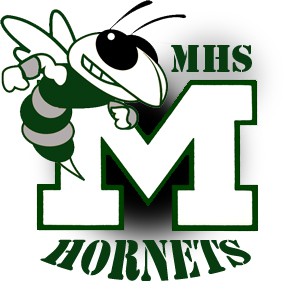