A Novel by Jean Love Cush

A Novel by Jean Love Cush 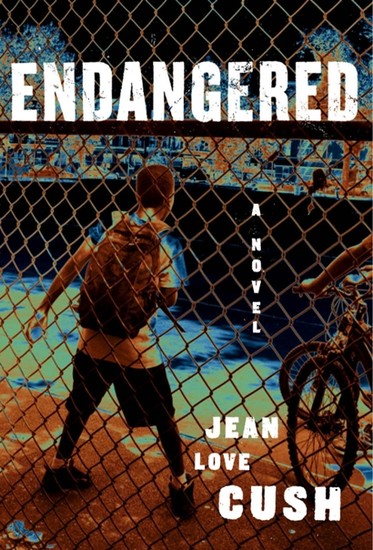 A SON ACCUSED OF MURDER...

A SYSTEM RIDDLED WITH BIAS...

An innocent black teenager is accused of murder in this provocative and compassionate thriller that skillfully probes issues of race, class, crime, and injustice and offers a searing portrait of modern America.


From the time her son, Malik, could walk, Janae Williams taught him that the best way to stay alive and out of trouble with the law was to cooperate. Terrified for his safety, she warned him, “raise your hands high, keep your mouth shut, and do whatever they say,” if the police ever stopped him. But when a wave of murders hits Philadelphia and fifteen-year-old Malik is arrested, Janae’s fear is compounded by guilt and doubt—would Malik have escaped jail if he’d run?

Unable to pay for legal fees, Janae reluctantly allows Roger Whitford, a white human rights attorney, to represent Malik. With the help of an ambitious private attorney named Calvin Moore, Roger is determined to challenge the entire criminal justice system and expose its inherent bias against all black men. Armed with two decades of research, the attorneys make the unprecedented argument that black males should be protected under the law as an endangered species. This controversial case starts a media blitz that results in a firestorm of debate on race, prison and politics in America.


“…frightening and realistic...Cush makes a passionate argument for the defense of young men whose only crimes were being born black in America.”
―Kirkus Reviews


“Endangered is a gripping tale that captivates from the first page to the very last. This phenomenal debut pulls at your heartstrings and exposes an unfair justice system while simultaneously engrossing you with skillful storytelling. It was amazing.”
—Ashley & Jaquavis, New York Times bestselling authors of The Cartel


“Cush, a former family law attorney, bravely tackles the important social issue of racial injustice, and her novel features many powerful scenes as mothers agonize over their crushed hopes for their sons.”
―Library Journal


“Jean Love Cush fashions a far-reaching, thought-provoking tale from the kind of tragedy found any day on local newscasts and in the small type of big-city newspapers.”
—Michael A. Fletcher, author of Being a Black Man in America and Supreme Discomfort


“Endangered by Jean Love Cush tells a heartwarming, insightful, and thought-provoking tale that is oftentimes all too true. The emotional impact is immediate. As a mother I could truly relate to the myriad emotions. As a Philadelphian, I can say this book is on point. It’s an infusion of masterful writing and raw emotion. It blew me away.”
—Celeste Norfleet, author of The Thrill of You

Four boys were hanging out on Fortieth Street. They had skipped school because they wanted to extend the Martin Luther King holiday weekend. They were dressed alike in blue jeans, leather jackets, and sneakers as if they were part of the same team. Except, one wore a green wool hat low on his head to protect his ears from the frigid cold.

The wind blew Malik Williams’s hoodie off his head, and he quickly snatched the covering back on. Eric Richardson’s numb hands were stuffed in his pants pocket. He drew his neck deeper into his leather jacket, wishing he had worn a scarf.

“Dude, give me some of your chips,” Eric said.

“I only have a little bit left,” D’Andre responded, flicking the outside of the foil bag with his gloved fingers.

“Then give me half of that.”

D’Andre extended the bag to Eric, then quickly tilted it to his own mouth and downed the rest of the crumbled potato chips.

Malik laughed. “Sucker! He played you.”

Eric shoved his hand, empty, back into his pants pocket. Embarrassed, he teased, “Who got played earlier today?”

Malik twisted his lips into a frown. “Man, you weren’t even there. What are you talking about?”

Suddenly, there was the sound of police sirens. The noise was getting closer, clearly heading toward the young boys. Louder and louder. The sound of fifty cats screaming. Malik could feel the building vibration of the noise through the soles of his sneakers. His heart began to beat faster.

The potato chip bag fell to the ground as red and blue lights flashed brightly against the dimming sky.

Eric tugged on his friend Malik’s arm, but Malik was an immoveable force. His mother’s words, which rang in his head, would not allow him to go along and escape with the others. For me, Malik, do what they say. He could see her warm smile in his mind and knew there was no way he was going to let her down. Eric tried to pull him again before running away at full speed, knowing the police were there to harm them, not help.

Malik spun around in a slow circle, a delayed reaction to his friends scrambling like ants to get behind closed doors. Before Malik could turn around completely, three Philly police cars came to a screeching halt in front of him, blowing up discarded fast-food wrappers, cigarette butts and mangled plastic bottles. Drivers’ and passengers’ doors swung open. Five officers exploded out of the cars with their guns drawn.

“Hands up! Hands up!” a short, white, balding man in uni- form ordered. The other four followed after him in V formation like geese migrating south.

Heavy, hot breath gushed from the lead officer’s mouth. His gun was pointed at Malik’s head. Four more barrels were directed at his chest.

“I didn’t do nothing,” Malik blurted as his hands went straight up. A lump formed in his throat, making swallowing almost impossible.

The policeman, with the name RHINEHOLD in all black capital letters engraved on a small bronze-colored rectangle on his chest, took wide steps toward Malik. He positioned the gun inches away from the young man’s head. Malik could see into the dark emptiness of the barrel.

Using his free hand, Officer Rhinehold reached up for Malik’s arm and yanked it toward his back, forcing the boy to flip over and crash headfirst to the ground. The officer’s booted foot immediately pressed hard into his back.

Blood spilled from a deep tear in Malik’s skin just above his right cheek, as pain reverberated through his body. It was impossible to tell if the source of the pain was the boot in his back, the unnatural twist and crack his body made as he was flipped to the ground, or from when his face bounced off the cold concrete like a deflated basketball.

He tasted blood. He was afraid to spit it out, not sure if the officer would take it as a sign of disrespect. He swallowed hard against the lump in his throat and suppressed his need to gag.

“I’m sick of yous punks...running around here like a band of animals,” Officer Rhinehold said, frothing at the mouth.

The officer bent over Malik and patted him down, from his splayed-out arms to his feet. He kicked Malik in the side of his rib cage, and the boy instinctively curled into the fetal position.

“Flat on the ground!” the officer fumed, kicking the boy again. Rhinehold then cuffed Malik and snatched him up by the hoodie that was hanging out of his leather jacket. He dumped him into the caged backseat of his cruiser.

© 2014 All rights reserved. Book excerpt reprinted by permission of the author, Jean Love Cush. This excerpt is used for promotional purposes only. Do not reproduce, copy or use without the publisher's written permission. Copyright infringement is a serious offense. Share a link to this page or the author's website if you really like this promotional excerpt.

As the host of her own weekly radio show, Jean continued to pour her energy into issues that matter to her. As the on air personality of A View From the Summit, she tackled such issues as public safety, education, inner city violence and the plight of African American youth. It was while at the radio station that the idea and research for her novel Endangered came about.

Endangered was published by Amistad/HarperCollins and has received rave reviews. New York Times best selling authors Ashley and JaQuarvis call it “a gripping tale that captivates from the first page to the very last.” Publishers Weekly said the author “crafted a compassionate story that commands the reader’s attention,” while Ebony Magazine declared Endangered a “page turner.”

Jean is currently working on her third novel, The Missing, which is scheduled for release sometime in 2016.

While writing books has been a dream of Jean’s since childhood, her greatest loves are God, her two beautiful daughters Sydney and Haley and her husband Charles Cush.