Harris is using Smore newsletters to spread the word online.

Get email updates from Harris:

When: the earliest occurrences of using tides to power/fuel something dates back to Roman times; tide mills in 787 A.D.; first time using it to create energy in a commercial sized, modern era power plant was in the 19th Century 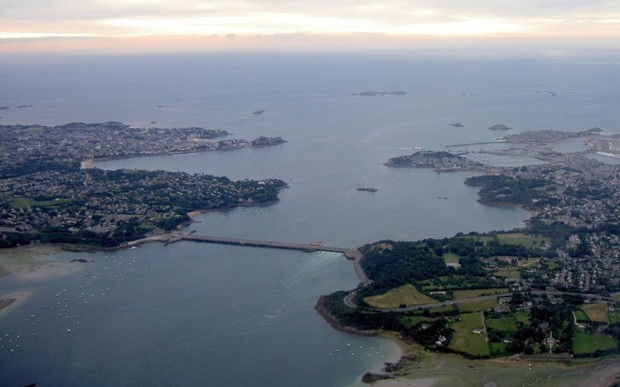 There are 4 ways to gather tidal energy.

"Tidal barrages make use of the potential energy in the difference in height (or hydraulic head) between high and low tides. When using tidal barrages to generate power, the potential energy from a tide is seized through strategic placement of specialized dams. When the sea level rises and the tide begins to come in, the temporary increase in tidal power is channeled into a large basin behind the dam, holding a large amount of potential energy."

"Dynamic tidal power (or DTP) is an untried but promising technology that would exploit an interaction between potential and kinetic energies in tidal flows. It proposes that very long dams (for example: 30–50 km length) be built from coasts straight out into the sea or ocean, without enclosing an area. "

"A newer tidal energy design option is to construct circular retaining walls embedded with turbines that can capture the potential energy of tides."

All tidal energy is stored in tidal ponds. 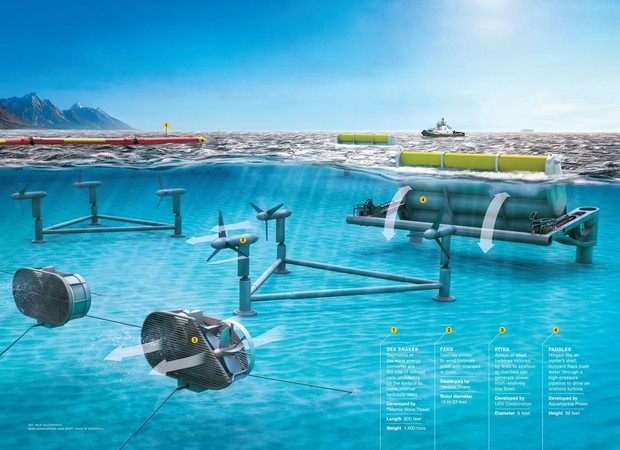 Tidal Energy - How does it work?

Cost of energy from Coal: 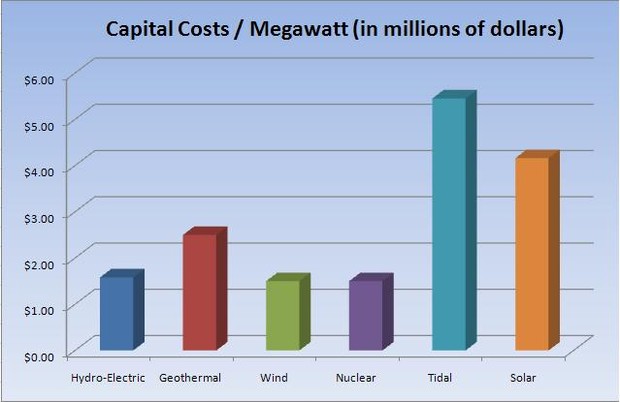 - harm, or even kill marine life with its propellers

- Corrosion of metals into the ocean from the salt water

Tidal energy is being gathered by many commercial Tidal power plants all over the world today. It is mostly being used to power homes.

Obstacles to Widespread Use

Tidal energy can only be created from MILES of tides moving in and out of the power plant turbines. Although tidal energy is a very stable type of energy, which makes you know almost exactly how much energy each power plant will be able to retrieve each day, but since it can only get as much energy as the tides will make, which is not enough to fuel an entire highly populated city by itself, tidal energy will probably never be able to be used for more than 10-25% of an entire countries supply of energy. Also the cost of constructing a tidal power plant is very high, making it very, very hard for a company to profit from a tidal energy power plant until many years after the construction of the power plant.

Turn the tides into energy

Harris is using Smore newsletters to spread the word online.