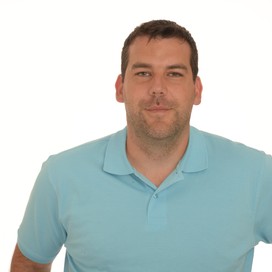 Get email updates from Mat:

The Lyme Bay kayaking tragedy was the deaths of four teenagers on a sea kayaking accident in the Lyme Bay area which led to legislation to regulate adventure activities centres working with young people in the UK.

On 22 March 1993, a group of eight schoolchildren and their teacher from Southway Community College, Plymouth were accompanied by two instructors from an outdoor centre on a kayak trip across Lyme Bay, on the south coast of England.

As a result of a series of errors and circumstances, four of the teenagers drowned. The party had run into difficulties straight away as one kayak became swamped. The group was swept out to sea, where all their kayaks were quickly swamped.

The School Canoe Tragedy: Schoolchildren's adventure at sea that turned: Father tells of survivor's anger at delay in being rescued after wind drove canoes away from shore

www.independent.co.uk
AT FIRST the trip from Lyme Regis to Charmouth seemed perfectly safe to the young canoeists. Then, as they drifted away from land, it became utterly terrifying and finally it was like a nightmare.

What are the repercussions of this?

As a result of this things have had to change. What was not done correctly? Why were people killed as a result?

Where can we find information that can help protect people from this happening again?

Look at the following links to research what should be in place to ensure tragedies like the one above do not happen again. Feedback to a classmate on your findings. Be critical, think about how laws and legislation can really help.

www.hse.gov.uk
HSE looks at some of the more popular frequently asked questions relating to health and safety in education and schools.

What would you do?

Think about a trip you might go on and in a small group think about all the aspects needed to make it safe. Are yo covered if an accident occurs?

Write a health and safety policy for your business

Follow the link below for some further reading about the consequences of poor health and safety management.

www.hse.gov.uk
Max Palmer, a 10 year old Lancashire schoolboy, died while ‘plunge pooling’ during an activity weekend. His mother and another pupil were airlifted to hospital.

Follow Mat Pullen
Contact Mat Pullen
Embed code is for website/blog and not email. To embed your newsletter in a Mass Notification System, click HERE to see how or reach out to support@smore.com
close