CCPS is using Smore newsletters to spread the word online.

Get email updates from CCPS:

Goal Made. Goal Achieved for Genesis!

Bensley Elementary student, Genesis works hard at home to learn. She set a goal to improve her time on Lexia and she went above and beyond wanting 60 minutes and finishing at 80! Setting goals is a great way to do better and get ahead. Genesis and her sister were a lot of fun to talk with, and chose some great books as a reward for making that goal. The Story Squad is thankful that Genesis and her sister braved the cold for the interview and pictures! 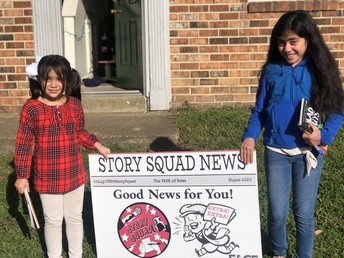 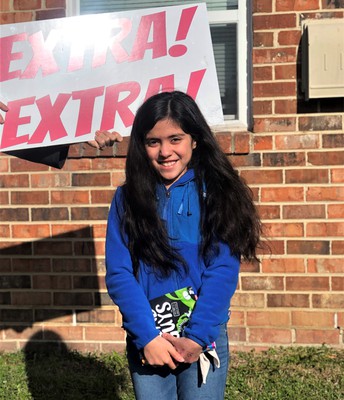 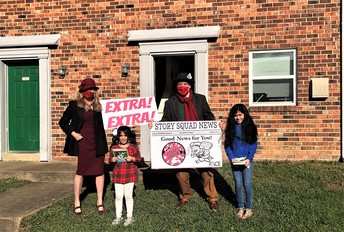 The Story Squad met an amazing reader, Ettrick Trojan Kyron, who shared his love of reading and the details of a great book, "You Never Heard of Willie Mays? by Jonah Winter & Terry Widener. When asked why we should read, he shared “It teaches about a good person that did a great thing. They let him play, some people didn’t like that, but he played and won a bunch of games. He made for change.” It sounds like a great read! The Story Squad was delighted to meet members of his family, and that he shared the experience with Mrs. Starks class via Google Meet. Will some friends in Kyron's class will share what they are reading? We hope so!

Check out a link to Kyron's book suggestion here. 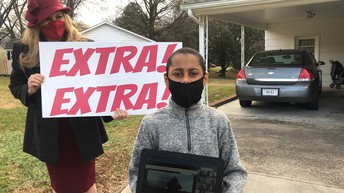 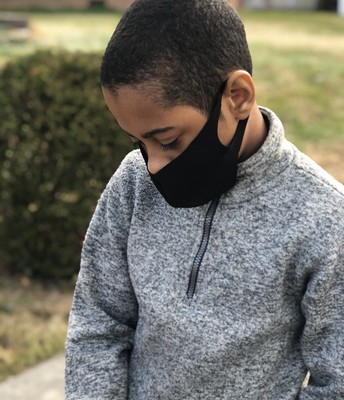 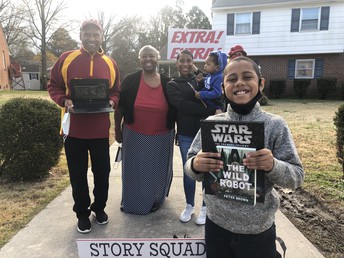 Tying shoes is hard. If you don’t remember or work with little people, the process can be all fingers, thumbs, and knots. Camauri, our Story Squad helper this week, provided the patience and power to help his little brother learn to tie his shoes. In a world of Velcro, these guys are tied together and have a strong bond. This Ettrick Elementary Trojan and student of Mrs. Starkes shared why he helps, “It makes me feel happy! I help my brother all the time.” Camauri and his brother both demonstrated their hand tying skills, and the Story Squad used their hands to applaud Camauri for his helping hands. Do you need help tying shoe laces? Check out this YouTube video. 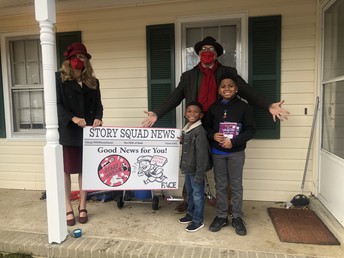 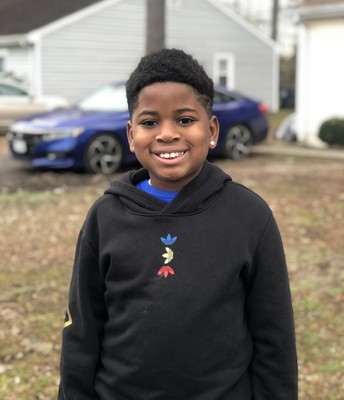 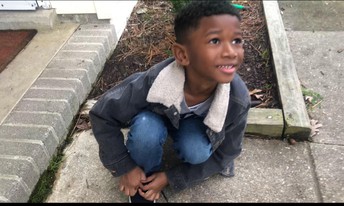 JB Watkins brothers Saarathak and Nidhyaan delighted the Story Squad by sharing their stories they had written. Both stories were jam packed with action, adventure and excitement. It was clear that the brothers both had vivid imaginations and put them to use creatively. The Story Squad loved hearing them read their work with enthusiasm and pride. Check out their stories below! 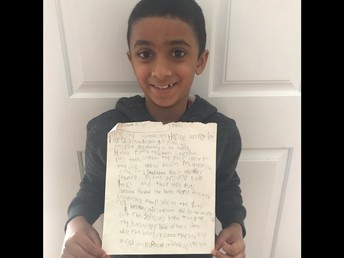 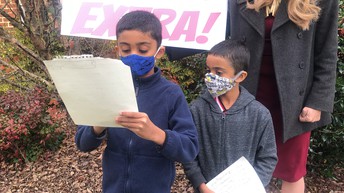 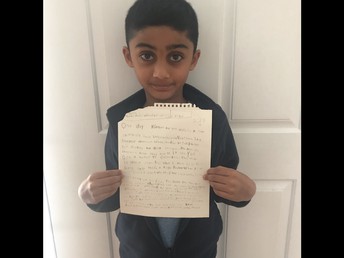 The Adventures of Everything Kid and Viper

One day, Nidhyaan and Gary were in a small community called Laryston Avenue, Nebraska sitting in their complex apartment after a crime fight. But, Jeff Dibberalski had gotten the money and gone somewhere. The next day they got a letter and read it. It said, “You have gotten a letter from Anonymous.” They thought it was a joke. But when they opened the letter, Gary said, “There is a flight ticket to Costa Rica. What do we do?” I said, “I guess we go.” “Okay,” said Gary. So the boys packed and got food. The next day, they went to the airport. They saw that the gate was empty. But, a man was there, and he was grinning! He had a spray. Then it was all black for a while. Then, I opened my eyes. Jeff saw Gary and me. He was going to punch us, but we turned into mice and went through the bars. Jeff and his henchman were holding the sack of money. I turned into a snake, and Gary turned into Viper. First, I punched Jeff. Viper got the sack!

One day, Saarthak and Harold were in Arizona and took an airplane to another place in America. Accidentally, they went into the landfill. Harold found a red button. Saarthak pressed the red button. The floor went to the side. Harold fell in. Harold said, “Come in!” Saarthak fell in. We were crawling around on the ground and there were stolen gems. Someone flushed the toilet. Water flushed and flushed. Water spilled on the gems. “No!” said Harold. Saarthak said, “Don’t worry, we can get the gems!” This is a bad guy base. After a little while, the bad guys came, but then they were asleep. “Phew,” said Harold, we got home with the gems. They gave them to their parents who were police officers. The bad guys went to jail!

Did you know there are different landforms in Virginia? Norah does! This 1st grader from Old Hundred Elementary learned this important fact from her teacher Mrs. Haskins. “We learned about landforms and I thought that was really cool!” Norah explained the various landforms such as hills, mountains, and valleys to the Story Squad. She said Mrs. Haskins was a great teacher and deserved a shout out that could be heard from the mountain tops to the coastal plain. When Mrs. Haskins explains...students retain! Great job, Norah and Mrs. Haskins! Keep the learning flowing like a river!

Watch this video to learn more about landforms. 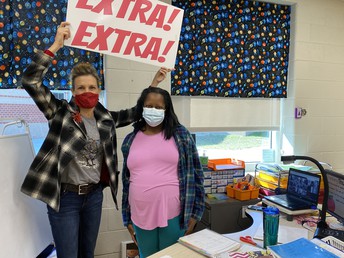 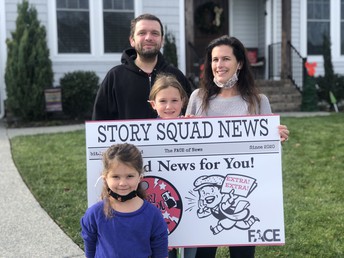 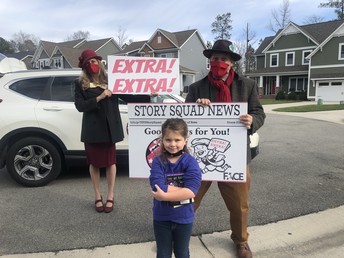 We Want To Hear Your Story!

Use the form below to share a goal, something that you learned, how you helped someone, a great book, or give a shout out to a teacher. Each week winners will be pulled from the data randomly. The students selected will be interviewed for the CCPS Story Squad News! At this time, there are over 650 entries. The more you enter...the more your chances to win! Share those cool things others should know about! #CCPSStorySquad

CCPS is using Smore newsletters to spread the word online.