Along with those four major parts come two other parts that factor into the communication process, which are the channel and the noise/interference. The channel is how you communicate with the other person. Some examples are texting, social media, sign language, and just plain talking. The noise/interference is something that stops the sender from getting the message across to the receiver.

An Example of the Communication Process 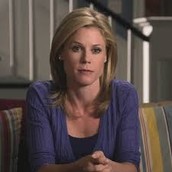 A mom is trying to call their child to dinner. The mom is sending out a message to the daughter, who will be the receiver.

The message that the mom is trying to send to the daughter is, "Pam, dinners ready! PAM!" The sender had started out with a regular voice, but had to yell loudly to get the daughters attention.

The receiver in this situation would be the child, or the girl in her room. As you can see from the picture, she is listening to music and this could cause problems in our communication process. 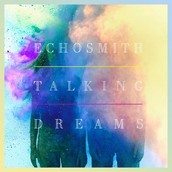 The girl was listening to music, which can cause problems in the communication process if she had been listening to the music too loudly. This could make her not hear her mother.

Once the daughter had finally heard her mother, she would respond with, "I'm coming, mother." Now that she has acknowledged her mother, the communication process is complete.

Throughout the communication process the two girls used the channel (way of communicating) of verbal words. They would call or yell to get each others attention since they were in different rooms. 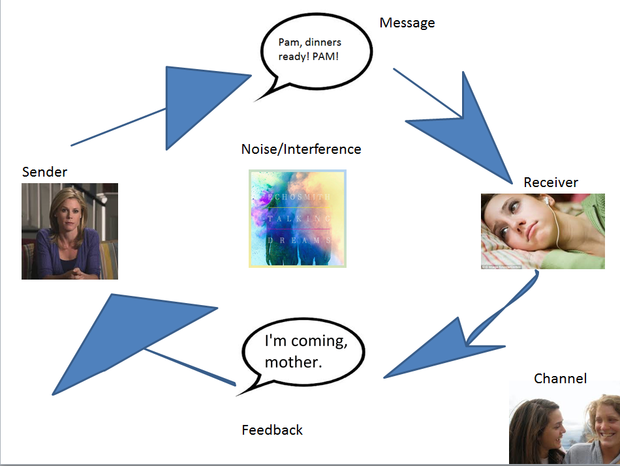 Another Example of the Communication Process

In this situation, there is a sign language interpreter at church. Their job is to take whatever the church leader says and interpret it to deaf or hard of hearing people who know sign language. 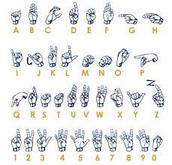 The message could be a great deal of things, but in this scenario it would be things from the bible and additional things the church leader may say.

The receivers are the people in the church watching the interpreter. They count on the person interpreting to understand what the church leader is saying.

In this case, there couldn't be a noise so much as a distraction. Maybe your eye caught two people in the middle of a conversation and you completely lose focus on what the interpreter is saying.

How you would give feedback in a church is by raising your palms whenever you're supposed to or nodding you're head every once in a while.

In this example, the channel (way of communication) was through sign language. 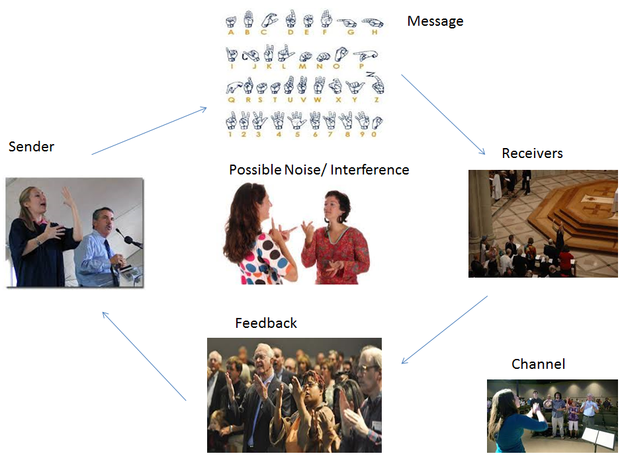 I have only given you two example of the communication process. Everyday we complete this process, most likely more than once. whenever you text someone and they respond, you are the sender, sending a message to a receiver and they send feedback in a message back to you. When you get called on in class, the teacher is the sender asking you a question in the message waiting for you to respond with feedback. There could be multiple things that could be the noise/ interference, such as everybody talking over you. My point is, is that the communication process is very simple and we use it in our everyday life. Even a single look could be communication if it's responded with a smile or something in that category. So go out and communicate!

Follow Veronica Flores
Contact Veronica Flores
Embed code is for website/blog and not email. To embed your newsletter in your email, click HERE to see how or reach out to support@smore.com