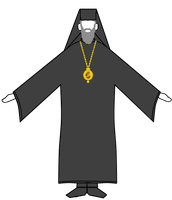 *Sabbath (Sunday) is day of rest 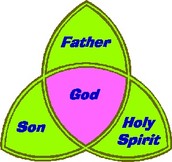 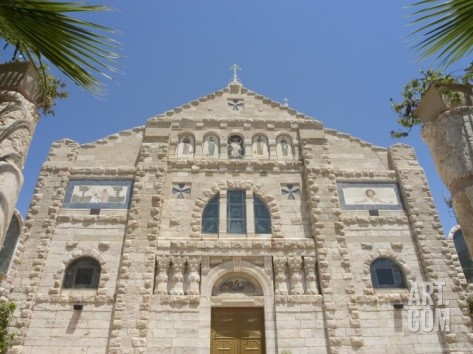 Bishops from the Middle East

*Holy Bible: Old Testament (Hebrew Bible) and New Testament (story of Jesus' life and teachings and the spread of the message by Jesus' apostles) 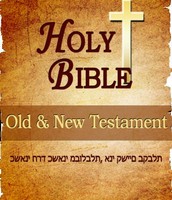 Books of the Bible--Old and New Testaments

*Easter - celebrates sacrificial death and resurrection of Jesus Christ (which allows believers to live eternally with God in heaven).

Christmas in the Middle East

*Jerusalem-Church of the Sepulchre (site of Jesus' crucifixion)

Jerusalem-Church of the Holy Sepulchre (outside view)

Jerusalem-Church of the Holy Sepulchre (inside view)

* Cross --is probably the most recognized Christian symbol; has been used since earliest times

* Are other symbols such as the Ichthys (fish), Alpha and Omega, Staurogram, Chi Rho, Dove, etc. 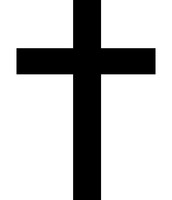 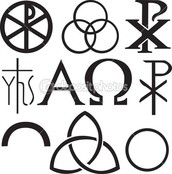 *Hear songs of praise and prayer all over Middle East

An Arabic Christmas Carol (Byzantine Hymn of the Nativity)

1. Christianity, Islam, and Judaism are all monotheistic ("faith in a single, All-Powerful God who is the sole Creator, Sustainer and Ruler of the universe"). 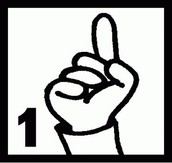 Christians, Muslims, and Jews believe in one God

Abraham is a common figure to Christianity, Judaism, and Islam