By Ellie Brooke and Genny

By Ellie Brooke and Genny 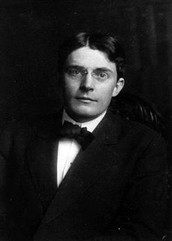 For what is he most famous for?

John Watson was most famous for his creation of behaviorism and his theory's behind it. In Johns early study of psychology he used many animal subjects to study different behaviors. After studying animal behavior Watson turned to study human behaviors and emotions and how they were effected.

How did his research change our understanding of how people act and think?

John Watson's creation of behaviorism helped us understand that psychology is not as much the "science of the mind" but more of the behavior of and individual. Watson taught us that language is a "manipulative habit" meaning language is imitative. He believed that babies speak using words/ sounds they have previously learned and they learn these new words/sounds by listening to others. Watson also believed that emotions are something everyone is born with- fear, rage and love. According to Watson these emotions we are born with.

How did their research effect the field of psychology?

Watson's discovery of behaviorism has changed the field of psychology by impacting the nature versus nurture debate. Watson's work has also helped other psychologist realize how important early life experiences are and how they can largely impact an individuals personality. Watson's work has been a very effective use in animal training and also a big help is diminishing phobias and fears.

How did the time period he lived in effect his research?