Kaylyn is using Smore newsletters to spread the word online.

Get email updates from Kaylyn:

What is a coral reef?

What is a coral reef?

What are coral reefs?

Coral reefs are old animals that are similar to jellyfish and anemones. They are usually found in tropical oceans and are most of the time seen in the shallow areas. They like the shallow because they can get sunlight easier. Many animals use coral reefs as a home such as: fish, invertabres, algae, and microorganisms. About one third of marine animal fish live in coral reefs. Coral reefs are animals that look like plants. Coral reefs have special characteristics and one of them is that they have a sting to protect them. Coral reefs protect coastlines from storms and provide food for the ocean.

How are coral reefs affected in their habitat?

Coral reefs have many threats such as: overfishing, careless tourism, pollution, coral mining, and climate change. Coral reefs are an endangered species and if they go extinct then animals loose their homes. When there are people scooba diving they tend to want to mess with them and that injures them. People sometimes think touching them doesn't effect them but it does because they are made up of tiny organisms that are very fragile. If you were to touch then they give you a very bad sting or cut you. If you touch coral reefs it damages the part you touch and sometimes it could kill them.

Coral reefs are a natural resource!

Part of the environment that supplies material useful or necessary for the survival of living things.

A natural resource that is being used up faster than it can be replaced by natural process.

Is a resource which is replaced naturally and can be used again. Examples are: oxygen, fresh water, solar energy, timber, biomass.

Something that can not be used up, or has limitless energy. 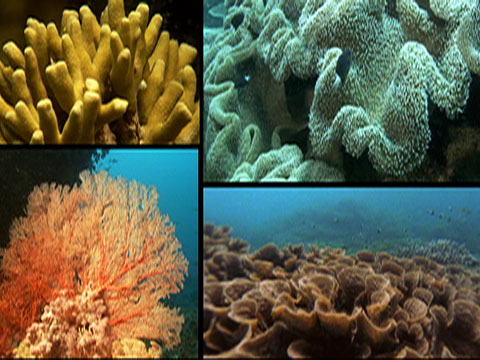 video.nationalgeographic.com
Coral reefs are the foundation of many marine ecosystems—and they are in danger.

Kaylyn is using Smore newsletters to spread the word online.