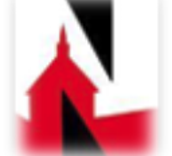 Welcome to the last week of school! Thank you so much for all of your support during this incredible school year. Let's have a great week of Finals and enjoy the summer!

The following link contains our bell schedule for the final week of school.

Tuesday, May 17th is the first day of Semester Finals. Students are encouraged to stay during the 7th hour to review for upcoming finals. However, if you need to excuse your student after their 5th-hour final at 1:00 p.m., you may complete this form.

NO STUDENT WILL BE DISMISSED BEFORE 1:00 pm.

Students who do not have a completed excusal form will remain in school until 2:40. Lunch will be served and buses will be dismissed as normal.

Wednesday, May 18th is the second day of Semester Finals. Students are encouraged to stay during the 6th hour to review for upcoming finals. However, if you need to excuse your student after their 4th-hour final at 10:55, you may complete this form.

NO STUDENT WILL BE DISMISSED BEFORE 10:55

Students who do not have a completed excusal form will remain in school until 2:40. Lunch will be served and buses will be dismissed as normal.

The SMN Booster Club will be having a “POP UP” Spirit Wear Sale TODAY (MONDAY 5/16) from 2-6:00pm outside of the Stadium.

This will be the LAST CHANCE to purchase any gear from this year as we clear out our inventory in preparation for new gear.

All proceeds from spirit wear sales go directly to student clubs, groups and teams at SMN through our grant program.

MacBooks/cases and chargers will be collected from all 9th-11th graders on Thursday after their last final. Please remind students to bring their chargers with them that day. Students taking summer school classes need to both sign up and PAY before Thursday to be able to keep their MacBook at this time.

In preparation for MacBook collection, please make sure all student devices are clean of writing, stickers, etc. Anything not removed by collection day will be considered damage as someone will have to take the time to remove it for you.

The ceremony will be be streamed live on YouTube.

Links will also be posted to www.smsd.org prior to each graduation ceremony.

Edited versions of the ceremonies will be rebroadcast on Spectrum Cable channel 2, Spectrum Cable Channel 18, and Consolidated Communications channel 18 in the summer.

In the weeks following the event, the ceremonies will be available for download later in the summer: www.smsd.org/academics/graduation

As of now, GRADUATION IS A GO! We anticipate that graduation will move forward as planned, if anything changes we will communicate with you again

Honor your SMN Senior with a Legacy Brick!

Celebrate the tradition of Shawnee Mission North! Legacy Bricks are a great way to honor students, alumni, and staff!

For a tax deductible donation of $45, an engraved brick will be added to the Legacy Brick Courtyard, located just outside the SMN stadium/pool entrance.

Please complete a separate form for each brick ordered. If you have questions, or need additional information, please email smnboosterclub@yahoo.com or pdblood@sbcglobal.net.

If your student is planning on going into an Honors or AP class for next fall, there is a Summer Reading Assignment! These are constructed to help the students be prepared for the rigor and discipline of an upper-level class. We hope your summer is filled with lots of fun, adventure, and some good reading.

The Shawnee Mission School District provides free bus transportation to students living 2.5 miles or more from the school in their attendance area. To receive free busing you must register with DS Bus Lines.

Students who live less than 2.5 miles from the school in their attendance area may pay to ride the bus in areas with established routes. The 2022-23 bus rate is $185.00 per student, per semester or $370.00 per student for the school year. Routes will be established annually based on interest and enrollment numbers. Routes will be built around those who have registered by July 22 for the 2022-23 school year. To pay for busing visit DS Bus Lines website.

· Payment must be received or postmarked by July 22, 2022 to receive the discount.

Sign up for Textcaster Alerts here to receive text messages when a bus is delayed more than 10 minutes. This is very convenient during times of bad weather.

Have a great week North! Don’t forget, it’s best to be a bison!!

Students must pass their classes with a D (60%) or better in order to receive credit for the class. Students not attaining credits are in danger of not graduating with their classmates. Effective the 21-22 school year, the district will no longer reclassify students. We wanted you to be aware that even though students’ grade levels will progress from 9 to 12, this will not necessarily mean your student has enough credits to meet the graduation requirements. Per the SMSD Program Planning Guide, below is the chart of the minimum number of credits students must earn in order to remain on track to graduate with their classmates.

If you have questions or your student is behind on credits, please reach out to your student’s Academic Counselor by email or phone.

North is hosting the following events:

In the first inning, the Bison Varsity got their offense started when Black tripled on a 1-1 count, scoring one run. Leavenworth took the lead for good with five runs in the fourth inning. Stigers was on the mound for North. The pitcher allowed five hits and seven runs over three and a third innings, striking out one. Jett Messenger and Nathan Doolin entered the game from the bullpen, throwing two and a third innings and one-third of an inning respectively Bison Varsity hit one home run on the day; Jordan Black had a dinger in the fourth inning; he led North with three hits in three at bats.

The Bison Varsity defeated SM West 8-1 on Wednesday thanks to five runs in the seventh inning. The rally was led by a walk by Caden Brintle, a triple by Sam Cloud, and a single by Cade Austin. Brintle, Austin, and Cloud all drove in runs in the frame. North tallied 20 hits. Gates, Cloud, Austin, Norman Davis, Jordan Black, Eric Duarte, Messenger, and Hunter Calkins all managed multiple hits. Gates led with four hits in four at bats.

An early lead helped the North Varsity defeat Mill Valley 13-10 on Thursday. Both offenses were strong at the plate as North collected 11 hits and Mill Valley five in the high-scoring affair. Woodruff was in the pitcher's circle; the righty lasted five innings, allowing four hits and seven runs. North Varsity tallied two home runs on the day. Hoekstra went deep in the second inning. Morrow put one out in the first inning. Siera Hoekstra, Hoekstra, and Morrow all collected multiple hits; Hoekstra and Hoekstra each collected three hits to lead SMN.

Kelsey Hoekstra was brilliant in the circle on Tuesday, as Hoekstra threw a no-hitter to lead North past Lawrence 13-0. The righthander went five innings, allowing zero runs on zero hits, striking out ten and walking zero. North socked two home runs on the day. Brown went deep in the fifth inning. Hoekstra went for the long ball in the fourth inning. The Bison racked up 12 hits in the game. Limback and Morrow each managed multiple hits for Shawnee Mission North Varsity. Limback led North Varsity with three hits in four at bats. With the win, SMN secured the SUNFLOWER LEAGUE CHAMPIONSHIP! Congratulations to the girls and the coaching staff!

Spring sports are often played at the mercy of the weather. Please check the following for updates on any schedule changes:

And just like that we’re onto summer!!! Our coaching staff is offering great opportunities for our school community to attend summer camps as well as conditioning and weight-training. If your interested the registration links are:

Given the continuing impact of COVID-19 on the educational environment, the NCAA Eligibility Center has partnered with the NCAA membership to identify adjustments to the initial-eligibility certification process for students who initially enroll full time in an NCAA Division I or II school during the 2023-24 academic year. Click here to learn more about these important adjustments. This directly impacts rising seniors. Please share this information with your athletes!

Training Off Campus for MS and HS Athletes (Spanish)

B - ROC Bison Reaching Out to the Community

If you are looking for volunteer hours and like to work outdoors, one of our North Alums is looking for some help on Saturday, April 23rd, anytime between 8 am and 4 pm. They will be removing a deck and doing various yard work activities. If you are interested, please contact Lori Bueller at 913-449-2918. 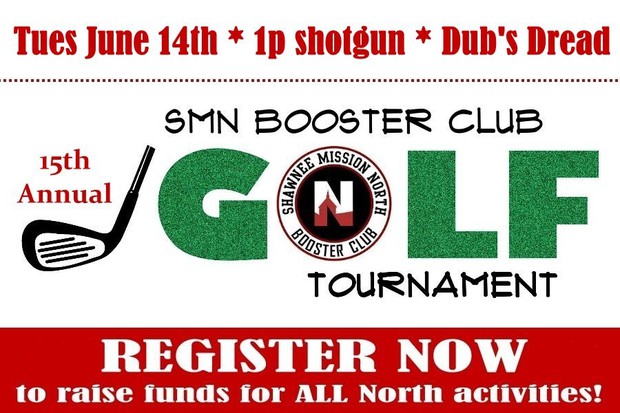 Additional food service information is available on the district’s website at https://www.smsd.org/about/departments/food-service
pdf