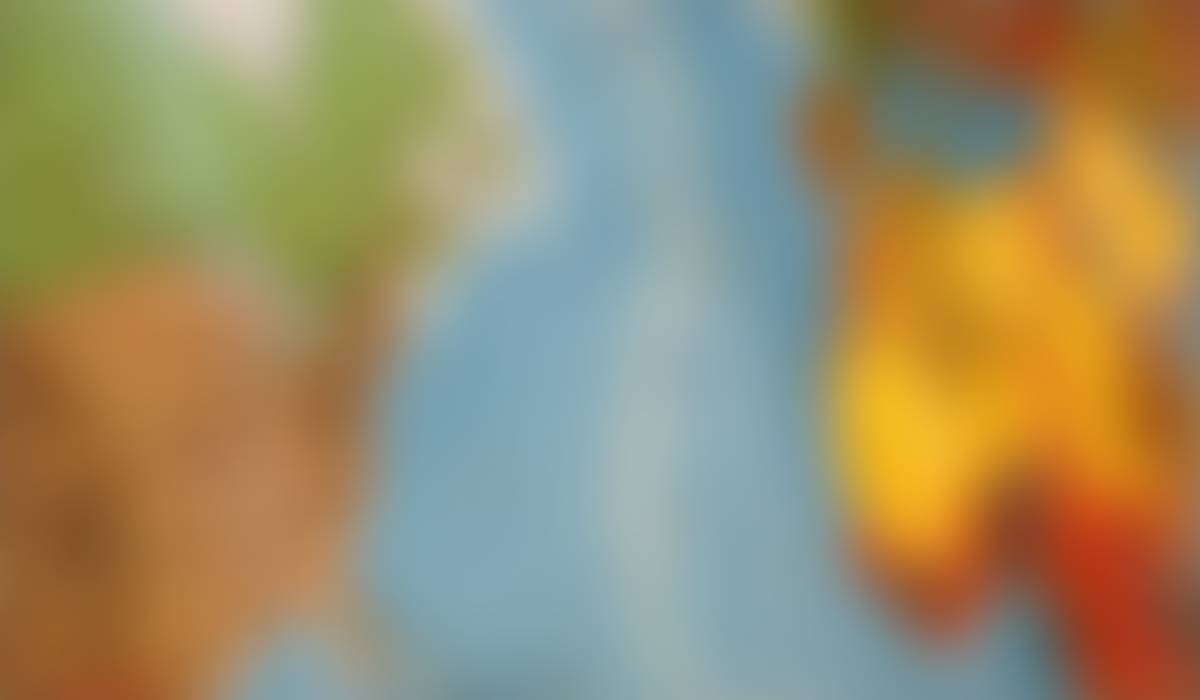 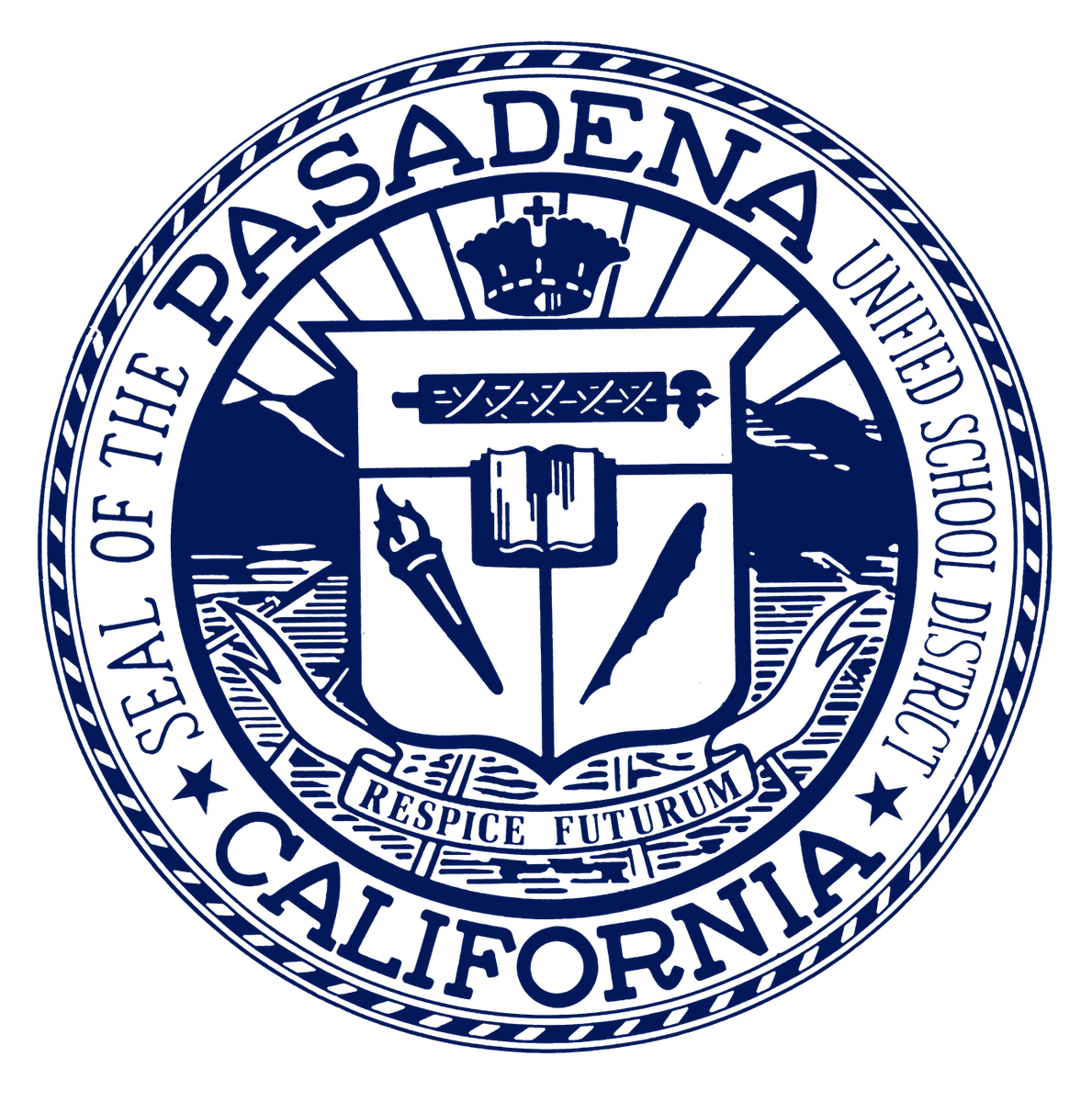 This week, we are recognizing leaders who are not only making their mark in history but also in our classrooms, on the field, even in the pool. We are also gaining a deeper understanding of art and architecture. We are diving into the future with PUSD’s College and Career Pathways. As always, we are keeping our children safe when it comes to the pandemic.

Good news! Every week on average, we test about 4,500 students. Our overall transmission rate dropped to 0.39 percent March 1-26, down significantly from January, when it was 11.21 percent. This is good news, but we must remain vigilant and continue to take steps to ensure that everyone stays healthy.

Since early 2021, PUSD has conducted tens of thousands of COVID tests. PCR tests conducted through PUSD mobile clinics are processed by Valencia Branch Laboratory. Since our testing program began in 2021, Valencia Laboratory has retracted positive results of fewer than 10 tests. When Valencia Branch Lab has concerns regarding the processing of test samples that were incorrectly classified as Detected (Positive) or Presumptive Positive, commonly known as “false positives,” they will issue a retraction of the sample report. This retraction will be sent to the parent through the email listed in the Color Company system.

If you have received a test retraction notification regarding your student’s COVID-19 test result, please contact your student’s principal, nurse, or health clerk immediately.

Vaccinations are a key component to preventing the spread of COVID-19, so we are reminding parents and guardians to get their children vaccinated as soon as possible. The State of California has announced that the COVID-19 vaccine will be a required vaccination for K-12 students (with options for personal exemptions) once it receives full FDA approval.

Spring Break is April 4-8 and to support your safe return to school:

April 1 is a school holiday in honor of Mexican-American labor leader César Chávez and Dolores Huerta who co-founded the National Farm Workers Association which later became the United Farm Workers. The PUSD Board of Education officially recognized both leaders and the celebration of César Chávez–Dolores Huerta Day on April 1, 2022. The annual school holiday is designed to promote education, celebration and recognition in honor of their service to the communities of California and the entire nation.

PUSD recognizes students and coaches who’ve poured blood, sweat, tears – and sometimes sports drinks – into their winning teams. At its regular meeting last week, the PUSD Board of Education recognized the Marshall Fundamental Girls’ soccer team for claiming the California Interscholastic Federation-Southern Section (CIF-SS) Division 5 Championship, the farthest they’ve ever gone in post-season games. Both Coach Erika Prado and Assistant Coach Stephanie Romero led the team to its winning season in their very first year on Marshall’s staff. Coach Prado said she never thought she “would be living in this moment” and she owes it all to the girls and the supportive staff at Marshall. 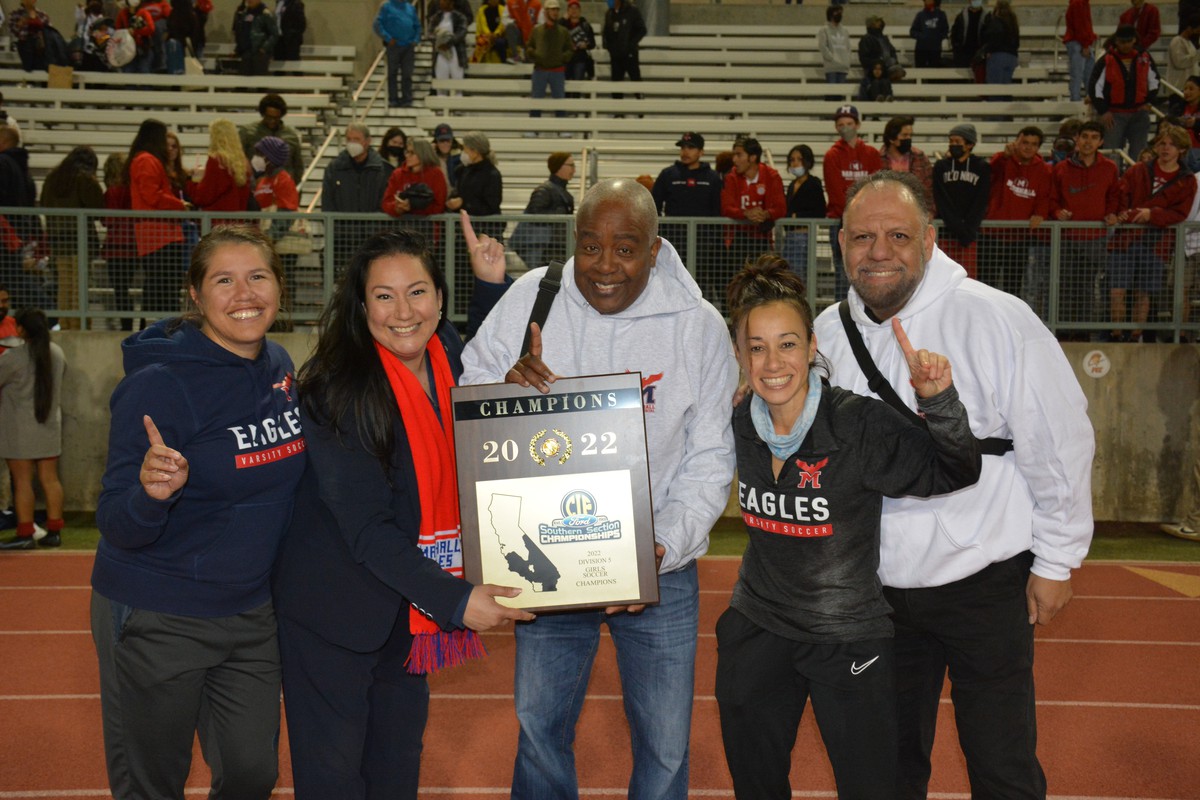 The Board also recognized Pasadena High School Senior Isaiah Givens who began running track and cross country as a Freshman. His running career took off in Junior year as he became Pacific League Champion for the 3200 meters event, running 8:53 and breaking the 40-year-old school record of 8:58. He also became a CIF champ, finishing 10th overall in the Division 3 of the Southern Section.

Givens says he is most thankful to PHS “for facilitating the growth of the team both in cross country and track where I’ve formed some of my strongest relationships with my best friends, who’ve competed with me, who I went onto the post-season with, and who train with me every day.“

He has signed with Colorado University at Boulder and plans to keep breaking records in their NCAA Division 1 program.

Muir Senior Ivy Samuels received special recognition for helping to restart the water polo program and revive the school swim team. She plans to attend Cal Lutheran in the Fall and will play for their Division 3 water polo team. She was thankful to be able to help “bring something really important back to our school.” 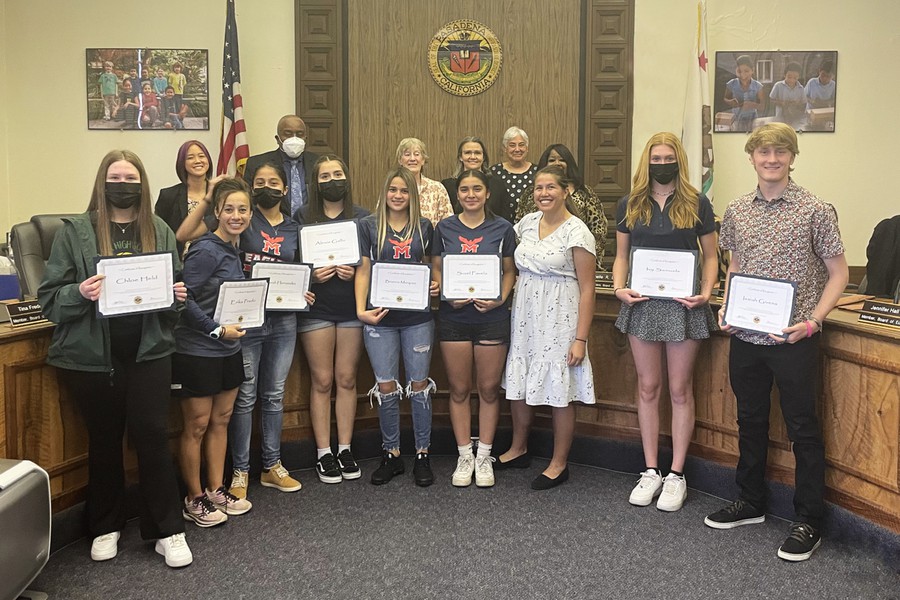 We are #pusdproud of our Junior Docents who officially graduated from their training and became members of the Gamble House team last weekend. These 8th grade students from across the district engaged in a deep study of the architecture, art, and history of the Gamble House and have been providing virtual tours in our 3rd grade classrooms every Friday. They demonstrate all of the aspects of our PUSD graduate profile: they are excellent communicators, collaborators, and creative and critical thinkers and demonstrate professionalism in all that they do. Congratulations! 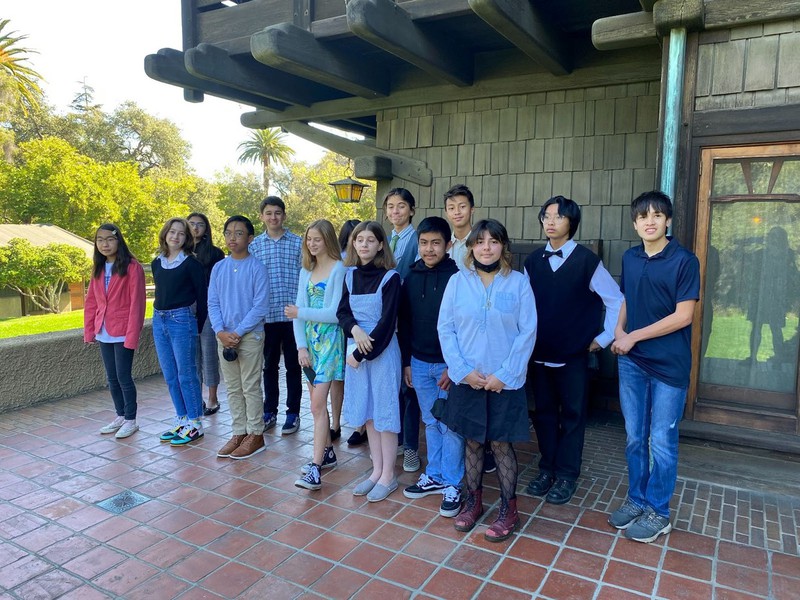 GET READY FOR STANDARDIZED TESTS

Each year, students participate in the California Assessment of Student Performance and Progress (CAASPP). In PUSD, the standardized tests are administered between April 11 - May 27, 2022 for students in grades 3 - 8 and 11. Students will take the following tests, depending on their grade level or instructional program:

Letters are going out to parents and guardians. To learn more about these tests, go to the Starting Smarter web page at ca.startingsmarter.org/ or review the Parent Guides to Understanding at cde.ca.gov/ta/tg/ca/parentguidetounderstand.asp.

PUSD high school students who completed internships or work-based learning in Summer 2021 were honored at a celebration on March 26.

To participate in the internships, students must attend one of eight College and Career themed academies at PUSD’s high schools. The academies and internships link students’ passion with what they learn during high school. 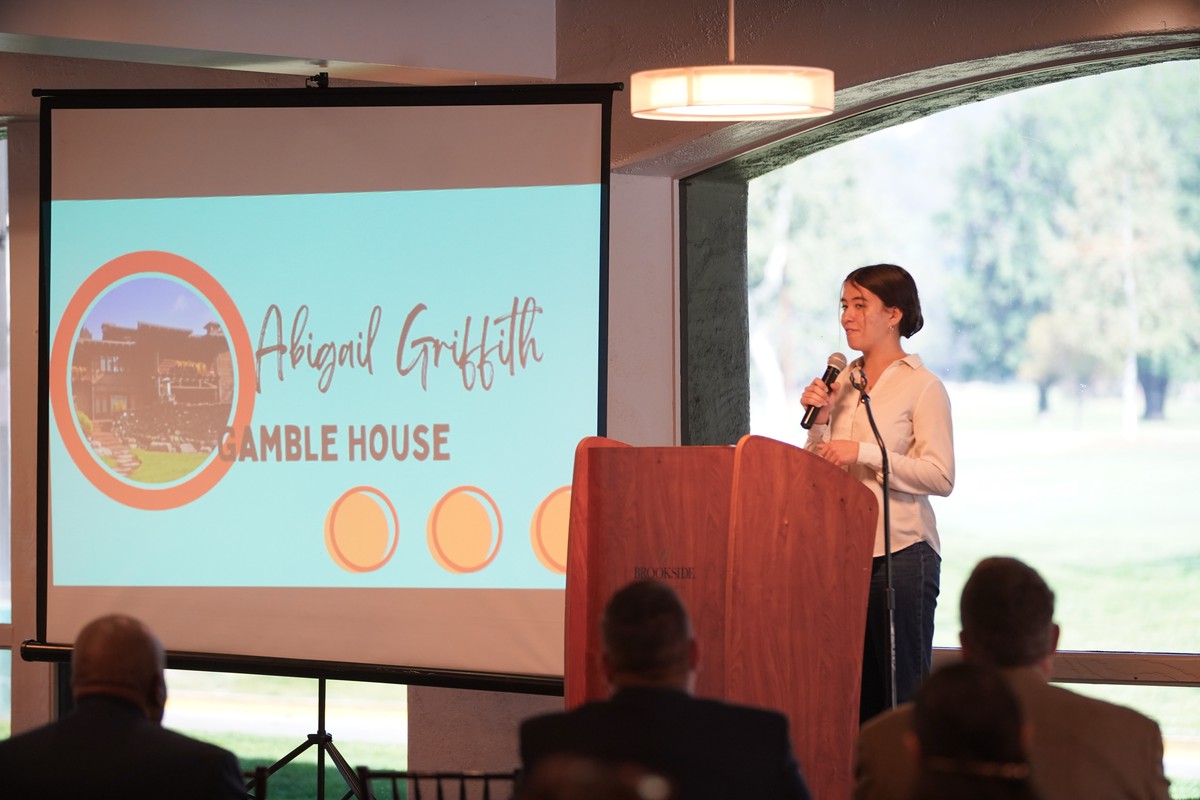 Abigail Griffiths, a senior at Pasadena High School and a 2022 Tournament of Roses Princess, interned at the Gamble House where she researched its history and design styles. 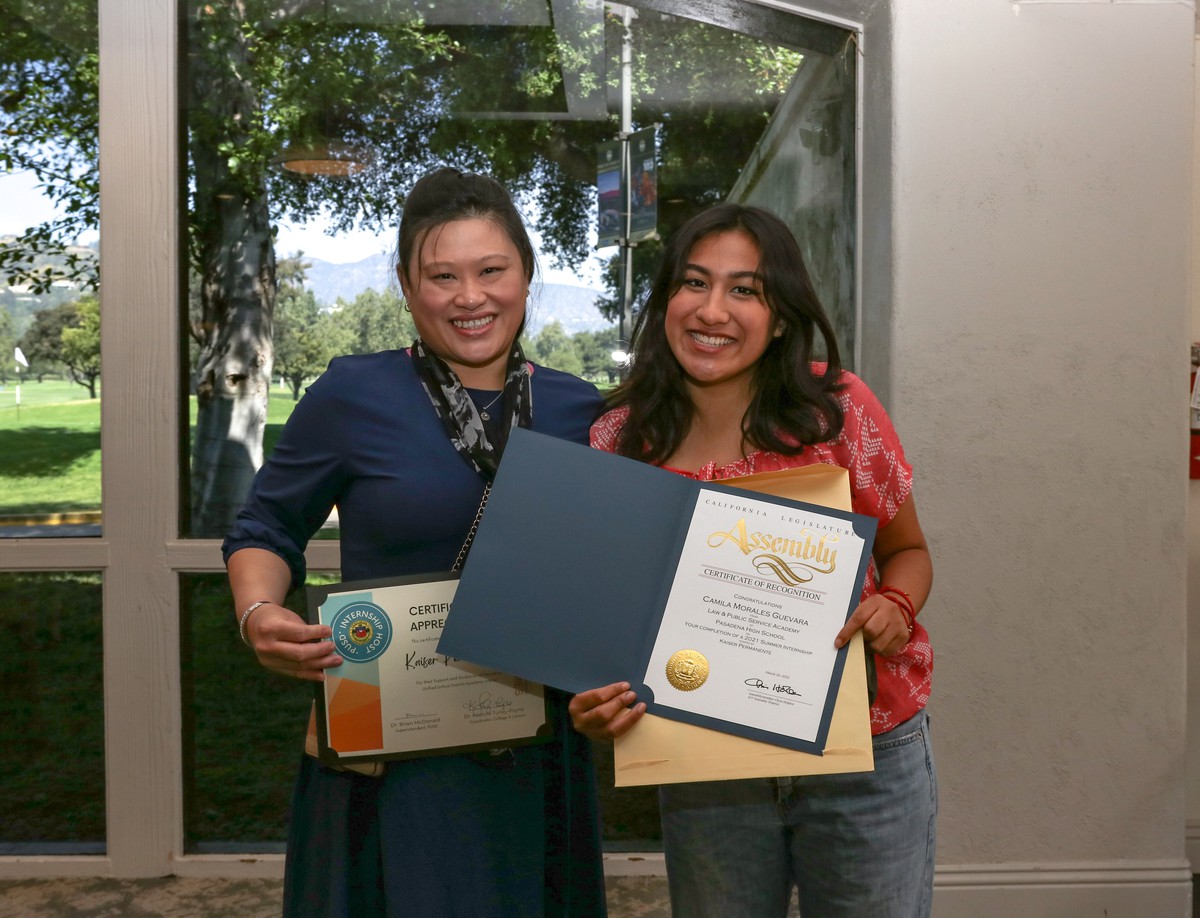 Camila Morales Guevara, a senior in the Law & Public Service Academy at Pasadena High School, interned at the legal offices of Kaiser Permanente.

“Our goal is to prepare students for college and ultimately to go after their dream jobs,” said Kristina Turley, Ed.D., Coordinator of PUSD’s College and Career Pathways. “Through summer internships, students get a good look into what future careers are actually like so that they can make timely, informed decisions and discover their true passions.”

Please join me in congratulating PUSD summer interns and in thanking our business and community partners for providing invaluable opportunities for our students. I am especially grateful to Dr. Turley and her team for their tireless work to link our students with host organizations, even during COVID.” 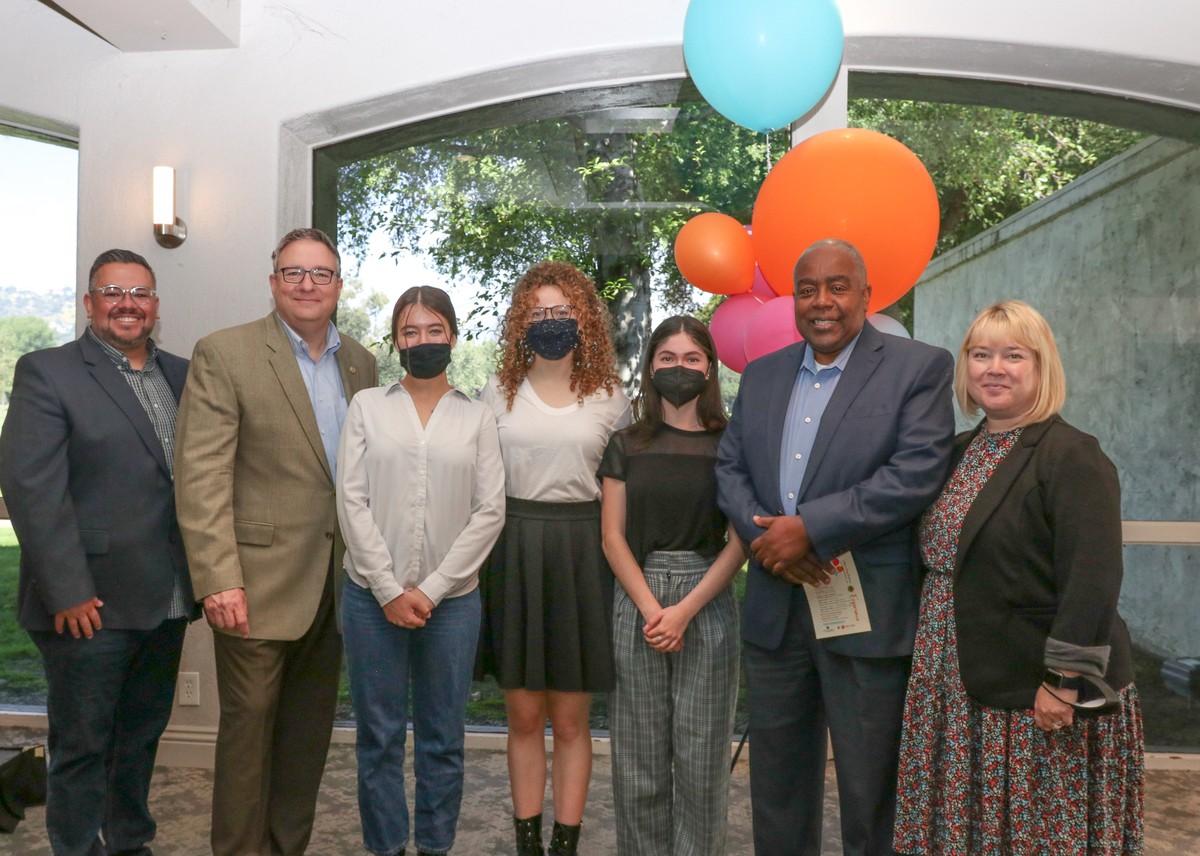 Website ›
Embed code is for website/blog and not email. To embed your newsletter in a Mass Notification System, click HERE to see how or reach out to support@smore.com
close