The Partnership for 21st Century Learning (www.p21.org) designated Avonworth High School as a P21 Exemplar School. P21 builds collaborative partnerships with business, education and government leaders from the U.S. and abroad to promote 21st century skills for all learners. Avonworth High School is one of 17 schools and two school districts across the country to receive this national recognition for the 2015-2016 school year. A case study about Avonworth will be published next spring on P21's website and distributed through media and social media outlets. http://www.p21.org/news-events/press-releases. In addition to this honor, Avonworth High School was also named to the AP (Advanced Placement) Honor Roll by the College Board for continued growth and high performance with AP exams.

AHS utilizes videoconferencing to connect to students and experts around the globe.


The 28th Annual Children's Hospital Free-Care Fund Auctions and campaign raised approximately $16,000 district-wide. The Avonworth High School Auction held December 22, 2015, totaled around $6000, and the Avonworth Middle School auction held the next day tallied about $8000. The rest of the raised funds came from a variety of different efforts, including the Avonworth Elementary Student Council, the Change Challenge, Faculty Jeans Days, and from outside donations. The middle and high school auctions included entertainment as well, which featured two student-led bands and a district rock band that included Dr. Ralston, Avonworth School District Superintendent, members from the technology department, and a middle school teacher.

Middle school teachers get a pie in the face!

Led by middle school computer instructor Mike Lincoln, Avonworth Middle School students created an informational video about the district. The video was presented to participants of the League of Innovative Schools Conference that Avonworth co-hosted with The Digital Promise and with the Elizabeth Forward and South Fayette School Districts in October. The video can also be found on the official Avonworth YouTube Channel (https://www.youtube.com/channel/UCZVvz4OIeiuWh9bBEXRiS_g).
ASD Highlight 2015

Maureen Frew, kindergarten teacher, and Gabrielle Swaney, graphic arts instructor, were recognized by the Allegheny Intermediate Unit as "Champions of Change" during October's Connected Educator Month. Mrs. Frew has been a pioneer with incorporating making with her kindergarten students. In addition to her teaching duties, Mrs. Swaney co-sponsors the Pittsburgh Galleries Project, which partners students with museum experts in curating exhibits on the Avonworth campuses, and co-sponsors the Antelope Film Festival, an adjudicated film competition for students in Western Pennsylvania. 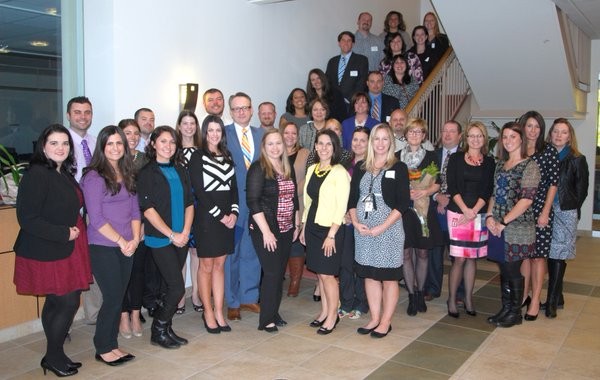 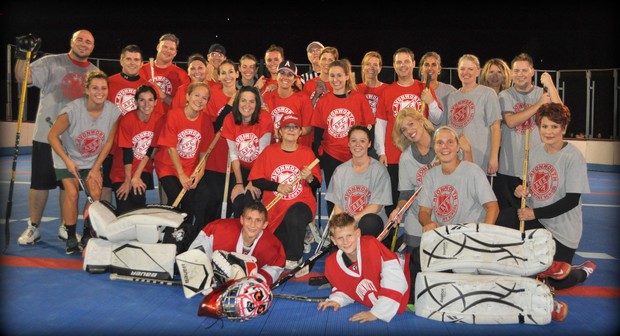 During a recent "Colonial Times" unit students worked together to become experts on a specific colony. Their notes were collected in concept maps and outlines and used to write an essay. Based on their research, students created a tool that would benefit the colony or made a time capsule full of items to represent different aspects of each colony.

In the fall, fourth grade worked on the novel Number the Stars. In the book, one of the main character traits explored is pride, and there are also many symbols of such traits in the work. The students discussed things that they were proud of and what it meant to them. Using the creative design process, the students created their own symbol for pride out of materials in the new maker space. Students were also required to write about their symbol and why they chose it. 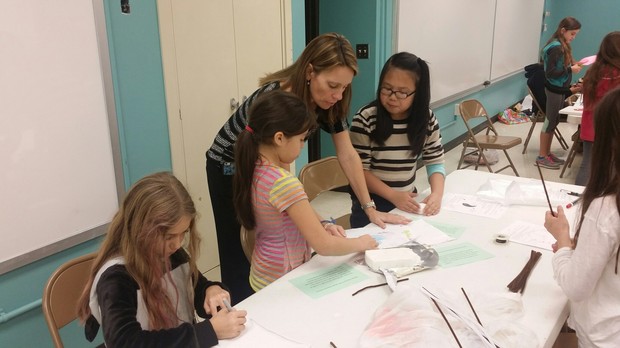 Avonworth Elementary third graders investigated the driving question of "What can be done to increase and improve the population of local honeybees?" In doing so, they learned about pollination and the vital role bees play to the food supply. Additionally, they learned about colony collapse disorder and the problems honeybees face and how it affects people. To help to address these problems and spread awareness, the students developed either media, brochures or informational books, all of which were on display in a public exhibition held in October.

Third graders educate their parents and other guests. 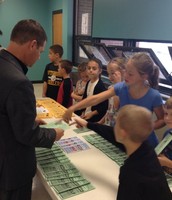 Dr. Ralston hones his knowledge on the importance of honey bees. 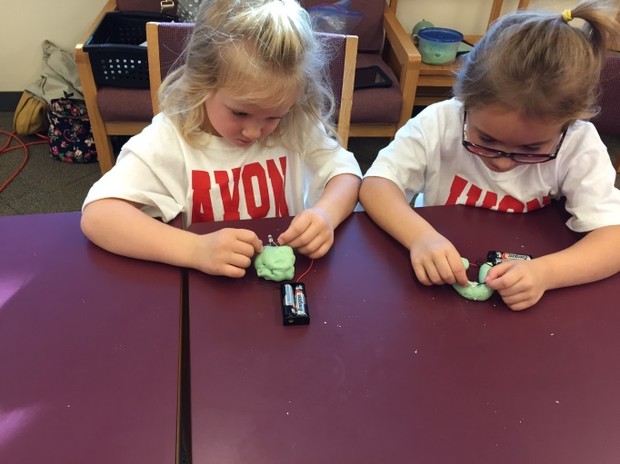 The Avonworth Drama Program presented Arthur Miller's American classic The Crucible, November 18-21, 2015. Director Deborah Frauenholz had the cast read Arthur Miller's own notes about the play, as well as read information about the McCarthy era "Red Scare." Students also worked with research on the historical period. 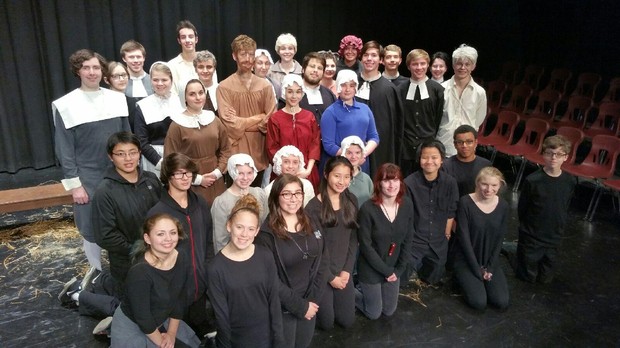 Cole Pappas was named WPIAL Single A Player of the Year for Soccer.

The Pennsylvania School Board Association (PSBA) recognizes board members who initially accrue eight years of service and then additional increments of four years beyond that. The following Avonworth Board members were recognized: Dave Oberdick, 8 years; Rob WIble 8 years; Brenda Barlek, 12 years; Eric Templin, 16 years of service. Mrs. Barlek and Mr. Wible finished their service around the semester mark, and Mrs. Kate Monti and Mr. John Brandt have joined the board to fill in their slots. The district appreciates the time, support, and hard work that Mrs. Barlek and Mr. Wible put in during their terms. 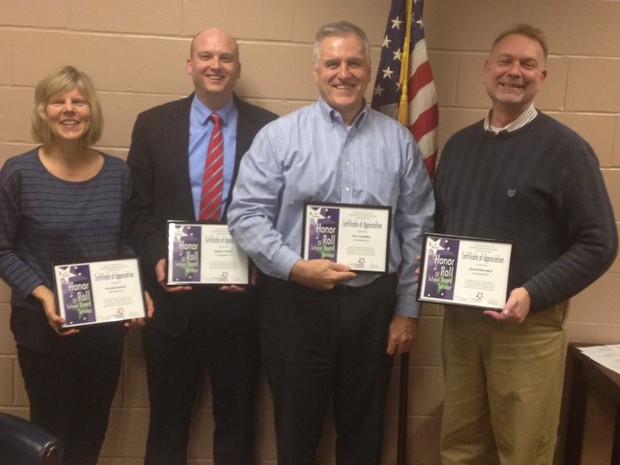 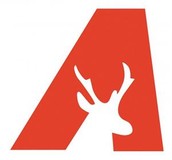 Facebook @avonworthschool
258 Josephs Lane, Pittsburgh, PA, United States klockette@avonworth.k12.pa.us 412-369-8738 edline.net/pages/Avonworth_School_District
Embed code is for website/blog and not email. To embed your newsletter in a Mass Notification System, click HERE to see how or reach out to support@smore.com
close