Carlene is using Smore newsletters to spread the word online.

Get email updates from Carlene:

By: Brooke and Kyle

By: Brooke and Kyle

The Anasazi is a tribe of poeple that lived long ago, around 2,000 years ago. The scientist have many theory's why they got split up and those reasons are because of drought in the land, religion because they sopped following their reliogious leaders and started following their own beliefs. The Anasazi people were found on a high steep cliff in Mesa Verde, Colorado. The Anasazi carved symblos and painted pictures on rocks, cliffs, and cave walls. They did pottery and weaving. The Anasazi Ancestors are present day Pueblo peoples.

existing, occurring, or operating at the same time.

Any disease-producing agent, especially a virus, bacterium, or other microorganism.

Main Idea of the First Paragraph

The main idea of the first paragraph is telling us about the tempeture and what it's like being in the Anasazi tribe.

Its an Opinion Because...

I know its an opinion because someone might think that its not very good and maybe they have seen better.

The Anasazi lived in Mesa Verde, Colorad, on a steep cliff. I know its a fact because somebody could study that place or maybe even go and look.

watchknowlearn.org
An educational video for kids. This is a 9-minute excerpt from <em>500 Nations</em> documentary on the Anasazi and ancient civilizaton. 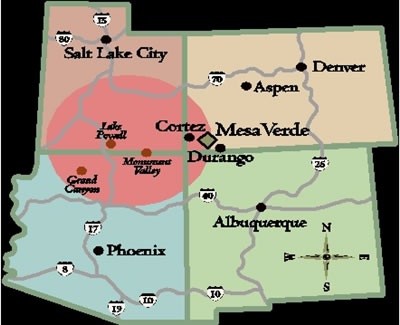 2.Why is it unlikely that a drought caused the Anasazi to abandon Mesa Verde? It is unlikely because they lived through longer droughts.

4. Of all the theories about why the Anasazi deserted their setttlement, which do you agree with most? I agree with the war, because it said that they survived a longer drought and since they wernt that big of a culture then that could be kind of easy so knock them out.

Our booklet: The Riddle of the Anasazi By; Barbara A. Donavan

We got our information from:

Carlene is using Smore newsletters to spread the word online.