Due to growth of government policies, growth of consumer good, and a boom in construction during the 1920's, a great economic growth and widespread prosperity quickly spread throughout the country. This era came to be called "Roaring Twenties". Through the use of mass production, factories in the United States able to escape the wartime economy and transfer into peacetime economy that benefited factories although farmers and miners were stagnant. The United States was also put into the position of one of the richest countries in the world while the European countries had a more difficult time readjusting to the new era.

Explain in general terms what happened to farm workers’ wages during the 1920’s.

Because of the fact that very few farmers had access to electricity or running water, they were not able to produce as many products efficiently. Wages were low during 1920-1922 and growing crops became a problem itself. Prices of cotton also crashed, as man made fibers were available. During 1923, the farmers started to adapt to the situation and wages rose; but were still significantly lower than factory workers because machines took place of farm work.

Explain in general terms what happened to factory workers’ wages during the 1920’s.

Generally, between 1920-1922, the factory workers’ wages decreased. Once 1923 hit, the wages slowly started to increase since there was a drastic industrial move. Farms were going away; factories were starting to boom and replace farm products. Machines made labor much easier. 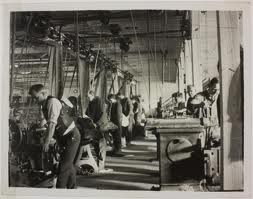 On the average, about how much more did factory workers make than farm workers?

Factory workers made, in estimate, about 1.8 times more than farmers. 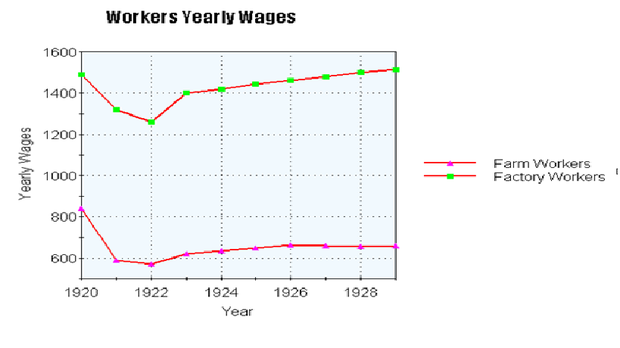 The Way We Were Volume 6 The Working Day